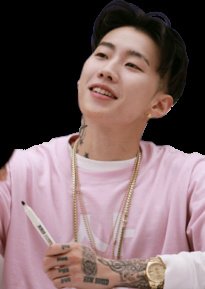 OOC:
Starting directly off with the job application!

As the goddess threw the job application infront him, Edward became confused. It made no sense why he was the one chosen to fight against enemies on different planets. He didn't have anything to do with other planets, but the Goddess have must've been desperate enough since she gave Edward an application. He saw himself as a strong, capable warrior but it didn't make no sense. There were mages in his guild that were five to ten times stronger than Edward, and he knew that. However he had a cocky grin on his face because none of his stronger comrades were picked. For this reason, he filled out the application, reviewing the application carefully. Suddenly, Edward's eyes widened when he reviewed the application. He mustn't be applying for a serious job, right? The questions were all weird, and had nothing to do with experience or anything of the like. Edward shrugged it off though, and began answering the questions.

What's your last name, and what do you know about it's origin?

"The last name is Morikawa. I don't really know my family, and I was homeless for most of my life, robbing stands for food everyday. I've been looking for my parents for awhile, and I won't die until I meet them. Whoever they are, I must find them. I haven't even got a trace of evidence where they could be located, but I'll find them soon. I believe."

Who are your comrades at the West Fiore Company?

"I like all of them. Most of them are edge like Johann, but it's probably because he's one of the strongest, and they look up to him. There's also Sol and Ruvel -- They're cool."

What was your last mission, and what happened?

"I fought pirates, but that's actually occurring right now. I'm not trying to fourth wall, I'm just trying to earn these experience points. The Goddess broke it first, so It don't count for me, right? Whatever, basically, I'm fighting pirates with this one young lady who's beautiful -- but she's homosexual... RIP my chances."

Explain how you were created, and why?

"In which way? I was created by my two parents, but my parents and myself were created because of Corey who's controlling everything I'm saying... Wow my life is weird, and I'm so out of character over this weird mission, it's freaking me out."

What's your favorite magical ability, at the moment?

"I have some advanced magic but I haven't mastered it yet so I can use it. For now, I would have to say the Corrupted Lightning Dragon technique is my favorite. I've used it once but it's so destructive for a D rank technique, it's shocking!"

Once he was done with his application, he gave it back to the Goddess who eyed through it for awhile. After a moment, she smiled and threw the application over her head, and hugged the man. "Congratulations, you're hired! We'll contact you for your first briefing soon," The Goddess said, Edward nodding his head and bowing.