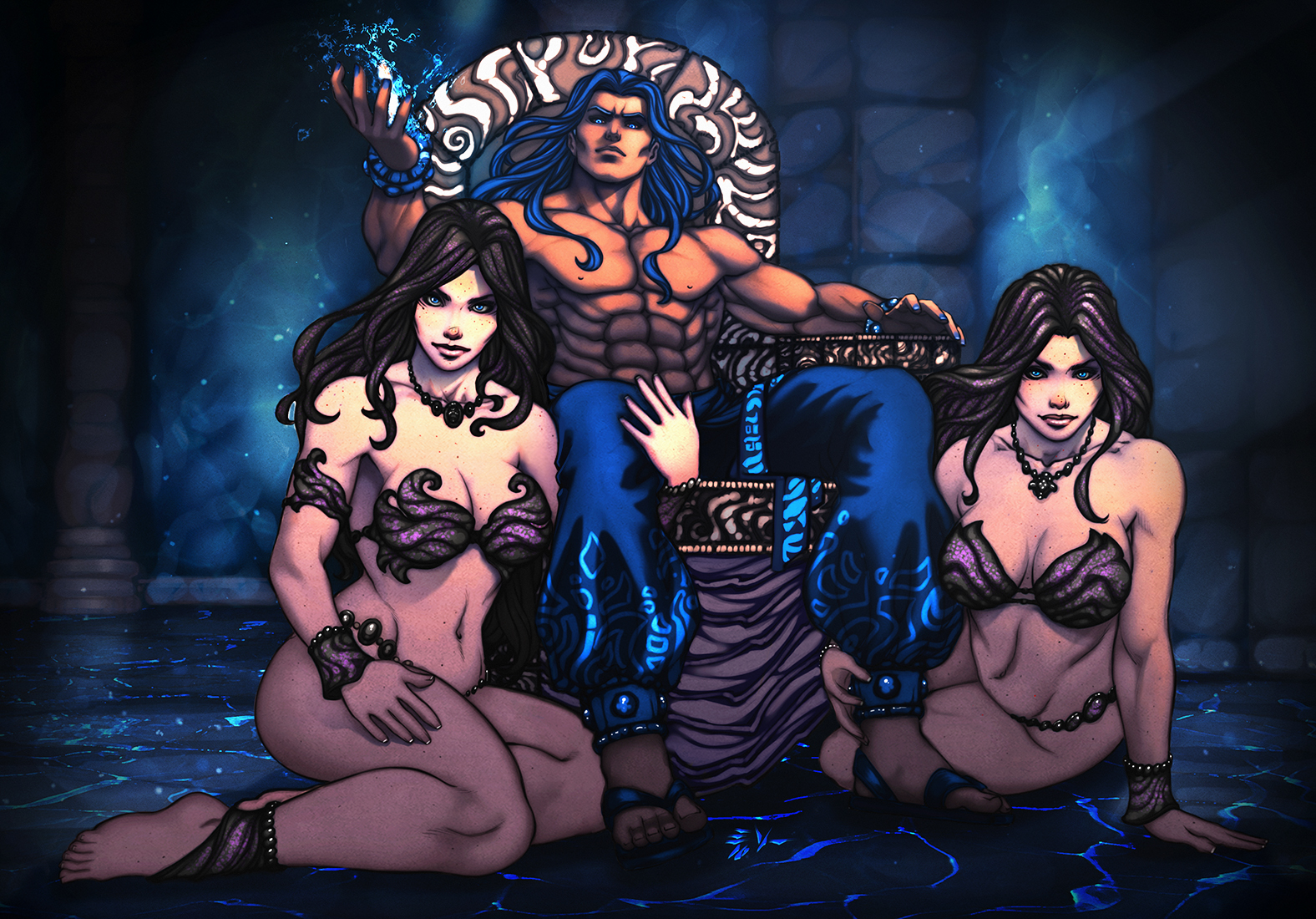 A humble abode of Indra's where he keeps his weapons, gear, training tools and other possessions.
Though he is not into physical treasure, he inherited the dragon's desire for trophies and shiny objects now and again. 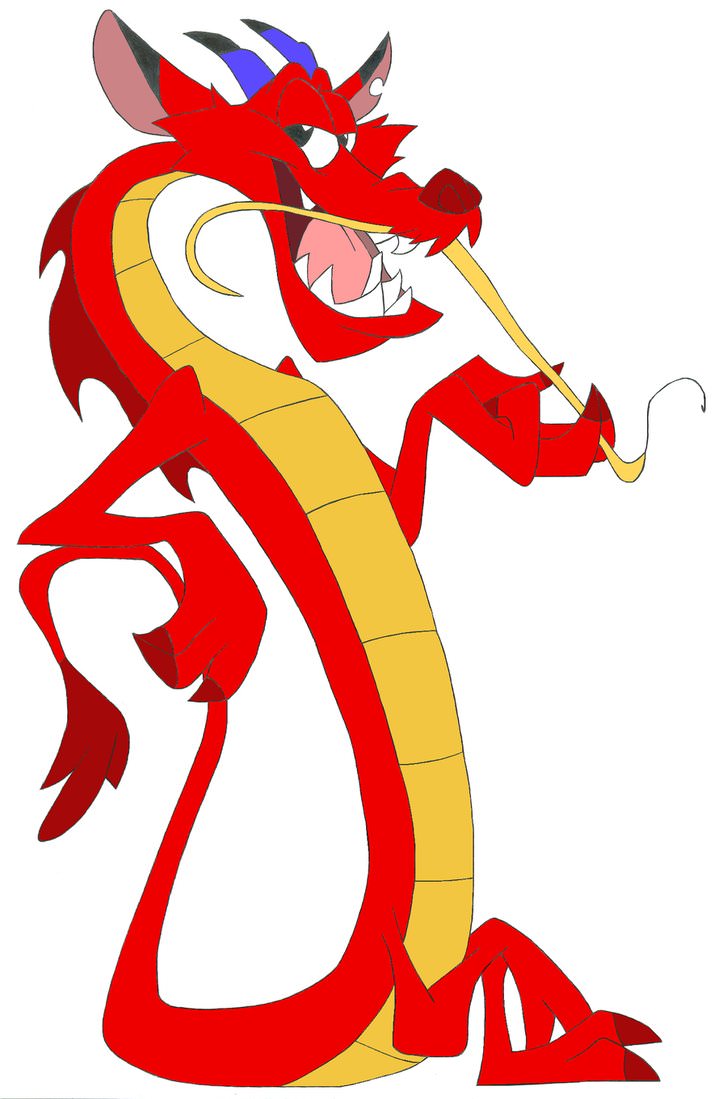 A mouthy, fun-loving, sarcastic petite dragon that Indra met among the peaks of Midi. He serves the Lightning Dragon King, Kohryu and is Indra's companion on his travels to overview his growth as a Lightning Dragon Slayer.  He can be overly talkative, sarcastic and comical with his smart-ass comments. At times, he is more of an annoyance to Indra, and even Kohryu, but Indra had grown to tolerate his antics and behavior.

Due to his small size, he is often easy to pick on or makes him short-tempered. However, he has the ability to use magic to grow in size to a full-sized eastern dragon. Mostly he uses this form to fly around with others on his back. He is Indra's primary form of transportation-- since he cannot tolerate man-made vehicles due to his magic.

Tailong's Abilities:
Flgiht:
As most eastern dragons, despite no physical wings, he can fly around the air with ease.
In his miniature form, he flies without any issue for an infinite duration.

Transformation:
Tailong uses his magic to transform into a larger dragon. Via this method, he can easily look more intimidating than normal.
More so, even though this form is more limited in duration, he can carry people on his back to act as a mount and cover great distances.
He can carry a max of four human passengers on his back or other smaller ones. 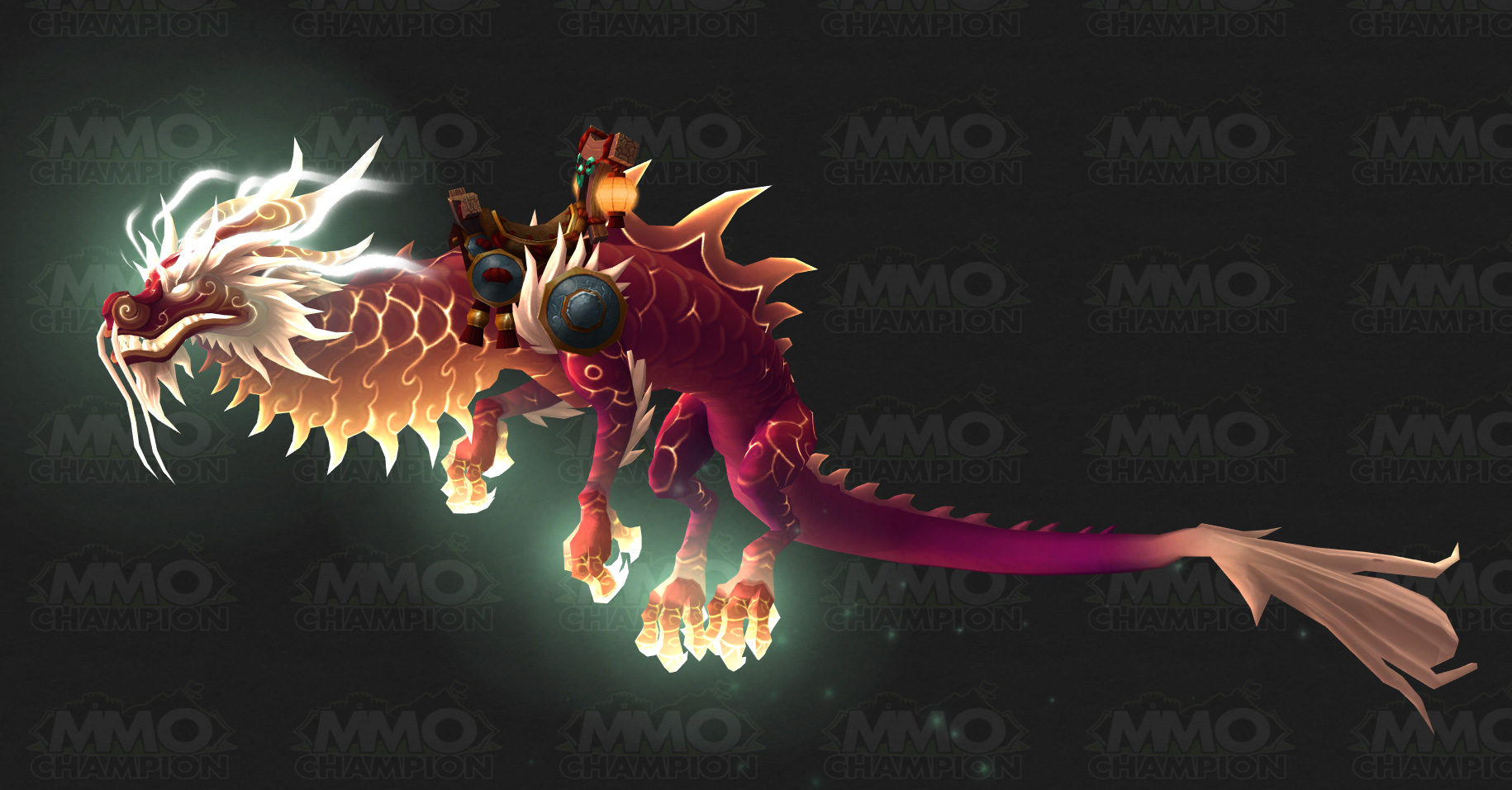 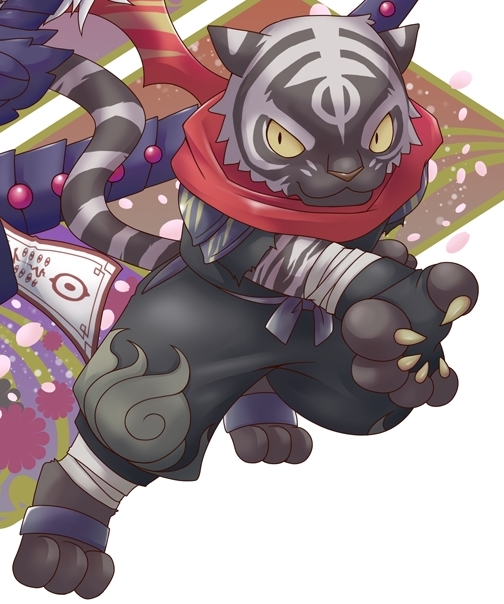 Kage is a driven, serious and passionate individual. His greatest goal in life is to become a ninja, but lack of mentor as an Exceed led him to learn the arts on his own, and would practice by being a common thief to sharpen his abilities. Upon meeting Indra, he grew to respect the dragon slayer and took interest in his ninja-like skills.

Though Kage is a bit calm and stern in his behavior, he also betrays a confident air about him and a positive attitude that nothing is impossible. His faith in Indra, who he called 'Raijin-sensei'. He also has a cocky streak in him, making him at times use his ninja skills to pull pranks or tricks on friends. He, however, dislikes it when people treat him like an adorable little cat-- but he cannot or won't say no when women are so drawn to him to brush up against him. He likes to poke fun at his master for being more popular with the ladies than he is.

Kage's Abilities:
Flight (Passive):
Like all Exceeds, they can use Aera magic to create wings to fly with. His wings are a dusky shade of gray and he can carry a maximum of 1 person with relative ease.

Combat Tiger Form: B Rank
Duration: 6 Posts
Effect:
Focusing his magic inward, much like his ability to fly, Kage transforms his body into a bigger, stronger form to allow him to fight in the thick of battle like anyone else. His physical strength drastically increases by 30% and his speed is raised by 30% (due to the speedy nature of a tiger/ninja). He becomes as dexterous as any humanoid and able to scale, jump and strike with ninja-like skill. Kage can freely go into this state socially for non-combative as if it was passive. However, when combat demands, he must use his magic to freely trigger this ability and use its benefits.
Transformed State: 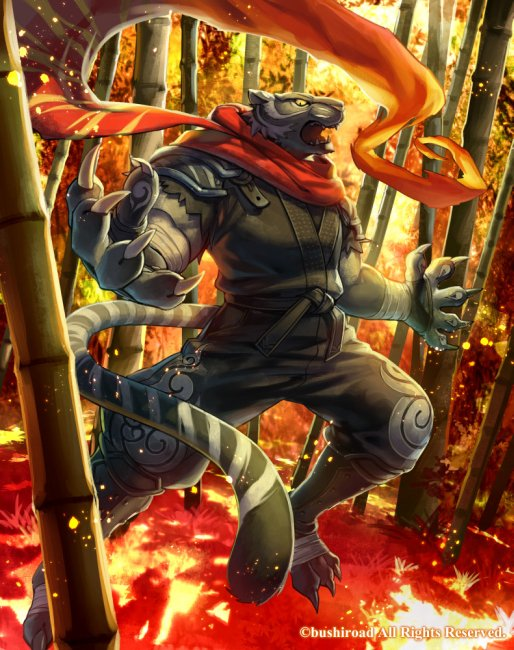 Ninpou: Shadow Cloak: C Rank
Type: Defense
Duration: 5 Posts
Effect:One of the best arts of ninjutsu that Kage was able to learn was manipulate his body with shadow magic. The result of this is that he can freely alter his body's physical density to allow him to become intangible. He can easily pass through solid objects from walls to weapons, even magic of a certain degree of potency. He can only take one person with him in this state, and if he does, the duration is cut in half. This kind of protection will only last for up to 2 C rank spells/attacks worth of damage before the magic used to allow attacks to be in contact. After which, the spell needs to be reapplied. Even so, this makes infiltration a breeze as well as escaping certain traps and being a flawless defense. However, he cannot attack unless he drops the effect to allow him to strike. 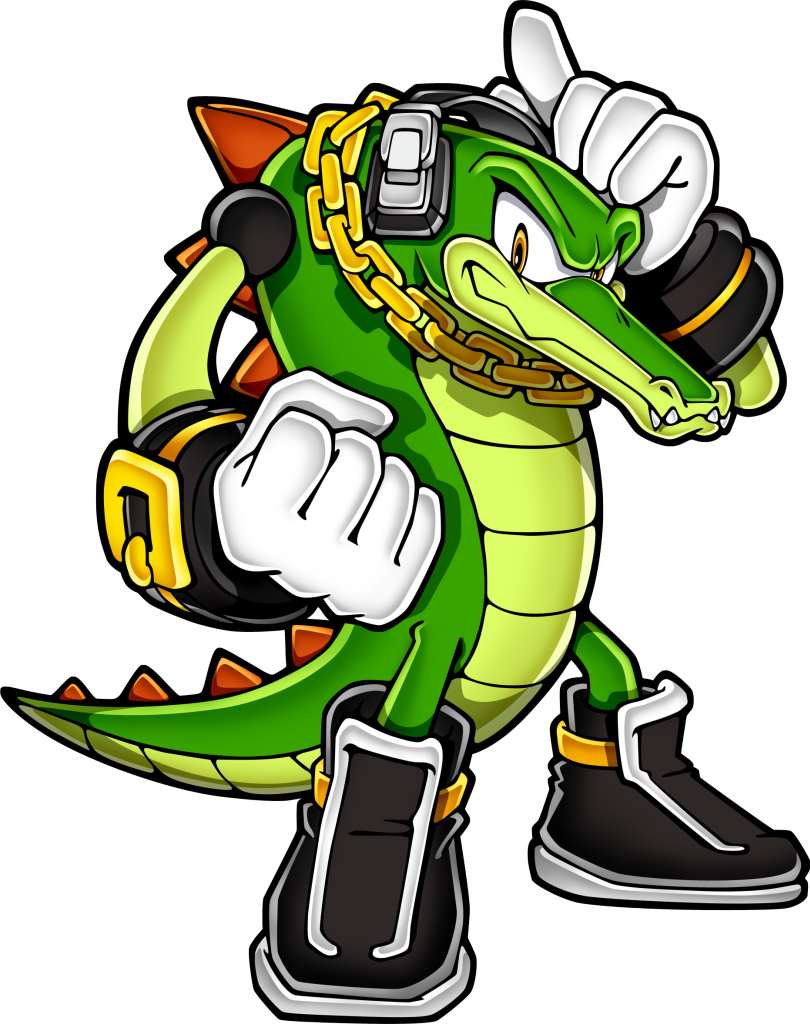 The Apple B Rank mission link