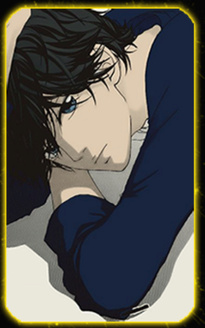 _Sage was standing in front of the quest board yet another time and he saw a request for someone to help with the cargoes. He instantly grabbed the flyer and head to the dock. He walked passed by ships and ships guessing which of those ships asked for the help. He was searching for these characteristics to identify the ship; one, there would be a lot of boxes seen from a distance near the ship and two, someone would be seem to wait or look for someone. After searching and searching he finally noticed that there was  a note on the request flyer stating that the ship would be white in color and would have the logo Ted-ex on it. Sage turned his head again once more to locate if there was any such ships on the deck. He noticed that there were a lot of white ships there but none seemed to have the Ted-ex logo on them. He then wondered if the logo was very small or were just on the other side of the ship. He then turned his head once more just to make sure that he didn't miss it then with a rush of excite in his veins, he saw the red-blue logo of Ted-ex on a white ship not far from where he was standing. Maybe he missed it because it was there right in front of his face that he overlooked it.

_He jogged towards the ship and there he could see someone who looked around their 50's waiting for someone. Sage walked up to him and showed him the flyer. The old man's face instantly lit up and shook Sage's hand and asked him if he would take the job and for sure he replied with a confidence yes. The old man asked what's his name and he answered with a simple Sage. Sage then asked the same question towards the old man and he also answered with a simple name, "Captain Kooh". Captain Kooh then told him that all he needed to do was load the ship with the cargoes that he pointed at the dock just near the ship and that they would sail to River Village and offload the items there. Sage understands all of that with ease and before he could reply Captain Kooh adds up that he wanted a mage to help him was because his usual workers were sick due to some unknown sickness and that he was too old to be lifting the boxes. Sage replied saying that he would do his best to try not to mess up or anything. Captain Kooh just laughed and said he would do just fine as he got some guns to carry those boxes. Sage laughed a little getting the joke where he used the word 'gun'.

_Captain Kooh then asked him whether he wanted to see the content of the boxes to make sure that it was all legal but Sage declined the request as he knew if someone were to show someone else the content of the cargo it wouldn't be something illegal, simple psychology. Nevertheless the decline the old captain still went on and opened one of the boxes lid and he waved at Sage to come and see what the content was. knowing that the captain was an old man he went on and did what he was asked to. Inside the box he could see stacks of rulers. Sage then finally had the courage and said to the captain that he needed to show him nothing else. The captain then told him he would need to do something else first and while he was at that Sage could start loading things up.

_Sage followed the captain's order and start to pick up some of the boxes up the ship. He was carrying one at that time but he realized it wasn't that heavy. Went he went back off the ship he decided to carry three stacks at once. He then realized that not all of them weigh the same and so he still took three boxes at once but only the lightest ones. After loading the ship up and sweat starts trickling down his face he shouted at the captain saying that he was done. The captain heard him and the captain rose the plank to the ship and rose the anchor. Off they went to River village. While they were travelling Sage felt like he was in heaven, the ocean's breeze and the smell of salt were all around him and he couldn't have felt any better.

_When they arrived at the village, the captain dropped the anchor and the stairs. Sage started to take the boxes off the ship by using the same trick he did when loading them up the ship. He took stacks of light ones first and then started one by one with the heavy ones. After awhile he was done. He was panting and sweat was trickling down his forehead. He noticed it and wiped it with his right arm. The captain noticed that he was done and told him to get on the ship as they'll leave. During the travel across the sea, Sage cooled his body down by leaning against the ship's barrier, with the wind swooping through his face. It was quite nice that the captain wasn't with him and instead were controlling the steer as it would be such a tiresome to talk to someone at that time. As he was thirsty and kind of still catching his breath. They finally reached Hargeon's dock and the day was about to end, there was nothing better than the sight of a setting sun and a harbor during twilight. The ship dropped it's anchor and the stairs were set, before Sage got down the captain caught him and handed him the jewels and said thanks to him. Sage then asked the captain whether is he not getting off the ship and the captain replied that he lives inside the ship. Sage nodded and said farewell to the captain walking back to his motel room happily with his jewels but also exhausted from the day's work.