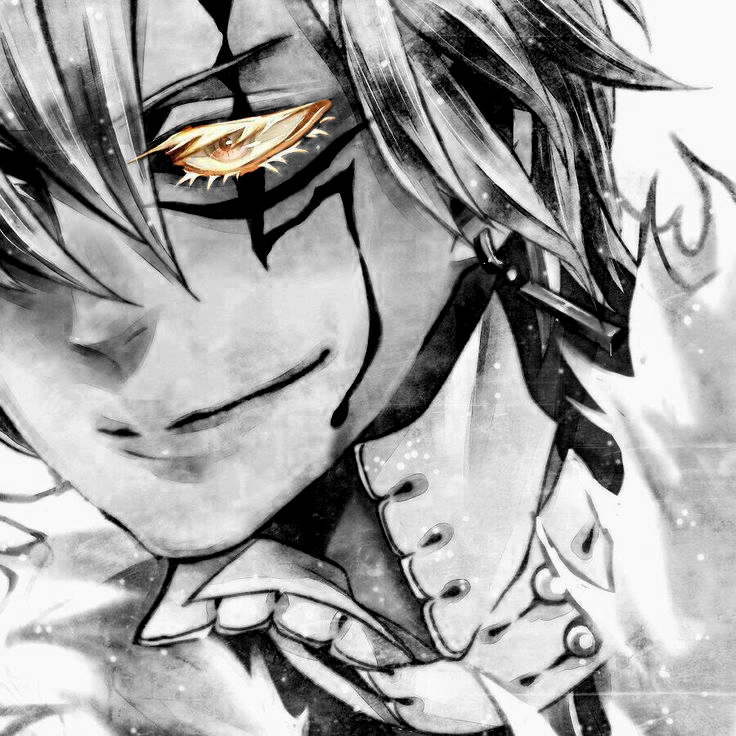 @Rin Mayou & @Elvira Arcade
a tempest's tale: unexalted fear
MASTERY
"Control thy emotions to control thy strength!"
"This really isn't a good idea for someone like me.." Amagiri muttered to himself with his hands pocketed in a baggy white top that covered his fragile frame. A hood that stretched up from his back to the crown of his head covered primary facial features in a shadowy mask of mysteriousness. Within the darkness that the hood provided, luminescent silvery eyes glowed and danced whilst Amagiri examined his surroundings.

Grey arches and blackened stumps coated in a beautiful green moss. Glistening droplets of dew trickled gracefully from the marbled stone giving an almost angelic feel to this decaying corpse of a structure. Amagiri couldn't help but wonder why anyone would ever reside here. Sure, there was a natural beauty to the area but a sadness too. This place was dying irrespective of nature's veil that did so well to conceal a structure's fatal breaths. This only made the reason he was here more unnerving. Each footstep echoed and reverberate off the encompassing ancient pillars, no sound could be heard other than the ones of Amagiri's own making.

Why was he here? A good question. The white-haired mage wondered that himself now given everything he had witnessed so far. Recently, his quest for world peace and changing individual's hearts had gone several astray. He aimed to fix that some way somehow. This job provided him with the perfect opportunity to do so. A tribe of demonic cultists said to worship an overlord by the name of Abraxas. He'd never heard the name before, this cult had seemed to of popularized itself in a very short-space of time; the same could go for the "deity" which they had worshipped. Despite the conspicuous nature of this scenario, Amagiri did have experience when it came to dealing with demons. His colourless eyes glanced astray for a moment, averting from his surroundings to that of his chest where his own internal strife resided.

"Miss me already, little one? a cold voice spoke. It's malicious intentions tainted each word that left it's rotten lips. Every sentence he uttered was an attempt to drive Amagiri away from the path of virtue. The white-haired one had survived thus far but not without a few bumps in the road. The thunder prince stumbled as his thoughts traversed back to his encounter with Dahlia in Talonia where he'd shamefully laid waste to those he had attempted to change. What good was he as a bringer of peace and changer of ideals if he slaughtered those who disagreed with him?

A tile creaked and it did well to snap Amagiri back to reality. He hoped it was his own footing that had created such a noise but a momentary glance to the surface he treaded upon unleashed a feeling of dread within his stomach. Green grass stretched out from beneath his white-sandal which could only mean the noise had been created by the footsteps of another. A hand appear from behind a nearby pillar. It was as pale as snow soon to be accompanied by a figure who adorned himself in an immaculate red robe that covered him from head-to-toe. Amagiri smiled and adjusted the hood that covered his own features.

"You know.. you could try a little harder to not look like your stereotypical demon cultist?" he remarked whilst adjusting his posture to a more casual position. His hand raised and he gesticulated forwards; a finger outstretched to point directly at the cultist's chest. "Zap!" a bolt of black lightning erupted from the tip of the white-haired mage's finger and rocketed into the cultist's exposed chest. His body recieved the full-frontal force of the impact and he was sent careening through the pillar he once hid behind. Shards of debris filled the atmosphere and the smell of smoking cloth decorated the cloudy air.

Sounds of rustling could be heard and nearby echoes, wails and shouts that didn't sound distinctly human erupted in a throng of voices.

"Guess there's gonna be a few more of them than I thought..."

I'll be here...
Elvira Arcade
Elvira rolled her gum from side to side in her cheek, watching Amagiri Volkov scout out the inside of the overgrown ruins he'd led the group to. The truth was, though they'd been members of the same guild for some time, they'd been little more to each other than ships passing in the night. She knew almost nothing about the man with silver hair and eyes who'd come to the remnants of the guild and asked for assistance rooting out some kind of demonic threat. When Rin agreed to assist, Elvira had decided to come as well —it had been ages since she'd gotten to spend time with her friend and she seized the opportunity when it presented itself. Besides, when their former home had fallen from the sky she'd been left with little else to do; one could only pose for so many photo shoots before the magazines stopped calling —market saturation she supposed.

She slid her tongue out from between her lips and slowly blew a massive bubble as she watched a robed figure walk briskly from the shadows. Her bubble popped in time with a burst of energy from Amagiri's hand that sent the man sprawling to the floor; she swirled her tongue around her mouth and began gnawing on the delicious strawberry treat once more.