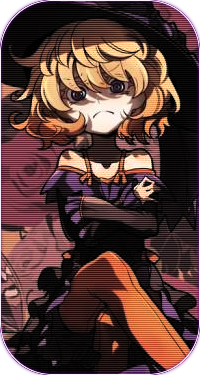 "That cart which just left held the bodies of four which you murdered. They're being appropriately removed and cleaned. With the dawn sun Rune Knights arrive, neighbors complaint bring them." A voice fitting for one her age spoke the words to a customer who sat petrified in a chair, staring into the fire nursing a glass of scotch. "I have wiped down all the surfaces that they would have touched and added a small layer of dust on top. There are no holes, plan is perfect do not stress." Streamlined black pen flickered over the page, scratching down names of the deceased and brief descriptions, methods and products used for the cleaning procedure was recorded. It would serve as a bond of sorts, a receipt kept hidden away incase those she had served in the past would wish to double cross. It rarely happened, not that she had been at this long for the world was relatively new to her childlike eyes. Wide and blue they looked out yet the short statue and soft bland face didn't match with the harshness of the uniform which she wore.

"Your method of payment is next on the agenda." Gazing up a brow raised in question, whilst most of her clients were in shock there was a reason she got payment right away instead of waiting. This man was recently divorced, bottles had started being drained of drink far faster than normal and the house was looking foul. If she had it her way Verosia would have cleansed the entire house or just burnt it down yet that would just lead to more questions. Not to mention she needed payment from this specific man. Only his signature would do, a passport had to be acquired before she could branch more into the world of mages. Recently Divorced. Leopold Frost Wilkins, mid forties with two children each in a boarding school for those of upper middle class. A stable higher paying job however there was no chance for any further career advancement especially at his age, had a taste for cheap liqueur with the exception of scotch which from the scent was closer to the top shelf. It was rather boring, plain and bland, regular. Perfect really no one would suspect such a man of murder.

Especially not one with the foul eyes that looked up pleadingly. "I'm a government worker, I have access to a few paperwork channels but not much else." She knew, that was her job after all to seek out who needed her help and clean for them. She was content for now doing so, there was no need to clean what she wasn't paid to clean when there was so many jobs just waiting to be scrubbed clean. That being said at the end of the paid list this slum was certainly high on her list of 'top 100 places to purge' just below the local hot sauce factory and those weird little plastic shoes which was just a base and a little thing that went between ones toes. They were so uncouth.

"I have three photographs, three names and three dates of birth. I need you to approve my passports. Its not major and after all if you get caught for approving fake passports with the sparkle clean record, you're fine." It was laid to rest softly on a small table by the armchair which the man had collapsed into earlier. "I feel, Fernweh. You'll know it by wanderlust. I expect to see those in my box within the weeks end. There is a mail box address in the envelope. If I don't get the passports the city officials will get my logbook of how the bodies were disposed. I just hid the evidence. Not removed." She had been colder of late, perhaps it was stress from stepping out from the realm of physical villains and underworld and into that of those who bore magical powers. There were more mages here everything was just made for those with magic. She would grow kinder with time, perhaps she could return to adoring and loving her work.