Yet another victim of Johann Yet another victim of Johann

A man clad in red and white walked on the docks of Tolgalen. He carried black armour over his red kimono and a saber-like sword hung on his belt. His backpack was crowded by scrolls and books that poked out of opening's. A conical shaped helmet and some usefully survival things like a water bottle, tools and a blanket hung from the bag as wel. The man did have an odd walk, his left leg seemed to be dragged with him only used as support for the steps with his right leg. His hair was red and not so long, bellow it was a crimson and golden headband. Red stubbles dodded his chin and cheeks.

Haruyuki walked away from the giant metal ship that he had traveled on after he sneaked on board. Or better said, he had not even placed one step on deck when he encountered the one person he should not have met, Johann von Weiss. If he had not met him then he would not have been discovered. The choice he was laid before where imprisonment for trespassing or join the company. It ended up in a discussion, the choices were both unfavorable for Haruyuki. He was no sailer, merchant or such and being locked up wasn't something he wanted either. They had a discussion and Haruyuki's profession came up. A mercenary and strategist. Johann was planning on attacking a pirate stronghold and Haruyuki could display his strategies which Johann flat out ignored and leveled the stronghold more or less on his own with Haruyuki watching it all from a small boat. It left Haruyuki with a grudge against Johann, even though he was impressed by Johann's cheer power.

The next occasion that he could prove himself was when the ship was attacked by a mighty seabeast, which Johann and Haruyuki defeated together. Haruyuki was offered to be employed as guard, that if he managed to finish the official test property. Haruyuki agreed, it was the better option over imprisonment and who knew if it could be some valuable experience. If it proved a waist of his time then he could simple disappear. 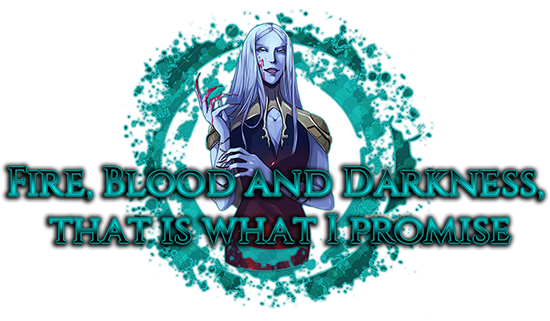 Re: Yet another victim of Johann

Stepping off the metal staircase that had been attached to the steel warship, Johann von Weiss, one of the Vice Presidents of the West Fiore Trading Company, made his way down after having supervised the last remaining tasks before the ship would be closed down and harboured again, ready to go for its next task when the need would arise. Reminiscing, this journey had been an odd one indeed. What had seemed like a regular trip to Ca-elum to meet a client had turned into quite the turbulent journey back and forth, Johann ending up meeting Haruyuki, the self proclaimed strategist who, with his comments and behaviour, quite irritated the silver haired male. Not only that, his attitude towards work and the Company seemed ... paltry, to say the least. In any case though, Johann had graciously extended his hand for the young man and he took the offer to join the organization, not enjoying the thought of being transferred to a prison of the Company. Now that he had decided to join the WFTC, Johann had sent Haru ahead to seek out the HQ, being of the opinion that he could, with time, prove to be a useful addition to the Company, if only he so desired. In any case, even if he ran now, Johann would find him and bring him back, he wouldn't be of use if he went off his path. The silver haired male grinned to himself.