• RainCalamity • Its grate to meet you • 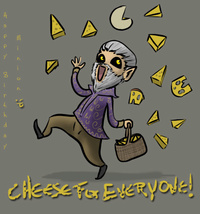 • RainCalamity • Its grate to meet you •

Quite the job indeed, well the little notice of it had sparked his amusement for someone who lost a ring shrinking two mages down to find it sure was an odd thing to do. Couldn't she just go around with a magnet or one of those jewellery seeking beasts? No matter at all as he was getting paid for the chance to see the world from a perspective of an ant! Truly it would prove to be quite amusing, yet first he had to meet this elusive job partner of his. After all when a job asks for two people and only one shows up it would be very likely that another would soon sprout up. Pity it didn't work that way with eyeballs otherwise he could just pluck everyone's out at random and put them in a cocktail! Well either that or roast them with the spleen and liver. Dressed eccentrically as always the prince straightened out his tunic, the fine purple material relaxing him quite a bit as he knew, perfectly well that the gold embroidery matched his eyes and it was just such an exquisite combination oh of course!

So it was with a plate balanced in on hand that he lent against a nearby streetlamp, munching on the delightful little samples of cheese and crackers that he had rescued from the harmful grasp of that angry old cheese maker! After all it wasn't stealing if it was rescuing, that horrid old woman hardly looked after and loved her cheese like he did! Oh no no he had loved the cheese and whispered sweet words to it, and now it tasted just so much better. This whole prospect of shrinking had thrown him off his game a little, for once he would have been dancing around the pole while dripping melted cheese into his mouth yet now he was just leaning on it, one hand oddly holding a platter of fine cheese above his head and the other using a lovely looking checker with a hunk of cheese on to act as a little aeroplane zooming in towards his mouth.

Joyful, really yes, the aeroplane was something he hadn't done since he was a child. He was not about to start now especially simce there was another magical presence drawing closer as what appeared to be a young girl. "Hello young lady! Ma'am I am here to help Mrs. Cartigan find her ring. Are you here for that job as well? Because that would be simply splendid indeed! Oh and yes before I forget would you like a slice of wonderful succulent cheese upon the best cracker in the word?" What an offer? As he spoke the polite gentleman offered the platter to her, displaying quite the range of cheese and crackers for her delight, if she so chose. 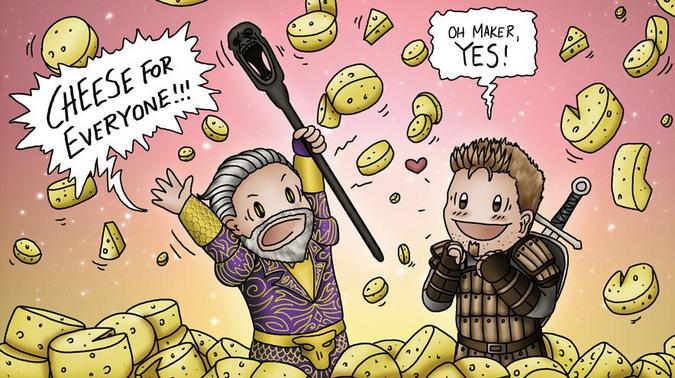 Re: • RainCalamity • Its grate to meet you •

althea eventide
fairy tail ♢ b-rank
Word Count: 339 (whoops)
Word Count Total: 339/2000
Tagged: @Cheese Prince
Muse: alright
Music: N/A
Ahh, this is really late ;-;
A series of badly timed events plagued me for a while so I couldn't find time to really write!
Sorry for the inconvenience
Althea didn’t usually take jobs that were on such a small scale, but honestly that wasn’t to huge of a problem with her.  She really just wanted to beat the living daylights out of anything available, and shrinking just seemed to be downright cool.  I mean, who didn’t want to be shorter than a blade of grass at some point in their life?  And so when she saw the job posted on the board she almost passed it up before seeing that small detail.  Not that she had too look to closely at it before finding it and then immediately taking the job.  But as a result the only things she understood about the job was there was a lost item and shrinking would be necessary to find it.  Anything about the actual location of the job was almost completely skimmed over.  Although that probably wouldn’t have been a problem if Althea took two seconds to read the entire thing, but who has anytime for reading?  Wandering around the town that was listed on the job was way more efficient than an actual address.