It had been a little since the goings on at the Neo Cor Torva stronghold, he had no idea how any of them made it out given that they had all be changed into children. The secrets he had tried to keep hidden since his escape from the facility he once called home all being revealed at once, this left him feeling more than a little exposed. What made this particularly bad for the now four year old was his magic didn't work, well not properly. He found a way to use his magic but it meant channelling through one of his other summons that wasn't bound by a normal way of summoning. This made him extremely tired and knew posed a threat to himself and the summon involved as it wasn't ever meant to be used this way. Regardless the blonde haired, 2'8" glowing youth with dual coloured eyes needed to get away from Tolgalen and think, he wanted to feel himself again and thought if anywhere would have potential information it would be the ancient ruins. He had gained some strange looks along the way as he still had his guild symbol on his left wrist and wore his company pin, that and it wasn't every day you seen a four year old alone on a mode of transportation, that or the fact that he was emitting light brighter than a light bulb but people found unlike looking into the light of the sun or a light lacrima he wouldn't hurt their eyes.

As they reached a town everyone got off to stretch their legs, get something to eat and do a bit of sight seeing while the driver took a bit of a break and slept before they continued towards the final destination. It was then he seen a man whom looked like he had seen better days and walked over to him a concerned look on his face "Ona esaeu aetoes?" he asked, the man looked at him as if he was from another planet. "I-I don't know what you are saying." it was only a moment later the man heard his summon Shindara in his mind translating his words, needless to say the man was a little freaked out but he had little other option and so explained his situation Shindara translating everything that was being said to his young summoner. "I lizz zaa im I yor mith zaezaaera qae sahd za, k'aoza edoes sabbia oth I lizz naqunr" he said with a weak smile before starting to walk off to find another to help, again Shindara placed the translation into the mans head to find someone to help him on this task. He realised that this was going to be a bit of an issue as he couldn't speak the common tongue everyone else did, he hated his current situation with every passing second more so as he couldn't even call on some of his summons due to them needing shadow and he dispersed natural light within a twenty meter radius, still this man and his village needed help there had to be at least one person that would help, if not he'd figure out a way on his own and so wandered around hoping it wouldn't take to long to do.

I lizz zaa im I yor mith zaezaaera qae sahd za, k'aoza edoes sabbia oth I lizz naqunr:
I will see if I can find someone to help me, please stay here and I will return. 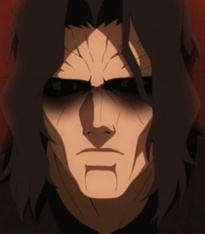 It would be a coincidence that nearby, they'd find a wondering stranger, whom carried a gun as old as time, and a posture that resonated that of a man on a mission. That mission, without a clear destination, nor a clear journey in mind, indeed, one who embraces the nomadic life of simply traveling to seek a purpose, and let life throw whatever it has at him. Walking with a scowl of a determined sorrow that burned and ushered a passionate grief, the one known as Nier Luach simply seeked a means to quell a aching need to serve a purpose. His presence is one that is hard to ignore; Within a 30 meter radius, the "gravity" of his presence was apparent, commonly described as "pressurizing", like one's own sense of gravity had just increased a little, a great presence which weighed against that of those around it. Indeed, a worthy figure to have on the high ranking mages quest. As the young lad passed his line of sight, the individual would gaze upon the tragic youth with curiosity in his eyes...not just from both the beaming light, the mark on his wrist, or the badge on his person, but rather the simple fact they were a seemingly 4 year old child wandering about on their own, causing him to approach them, with the solid resolution, while miscalculated and misunderstood, to find their parents.

"Kid, where's your parents? You should head on home...your too young for the harshness of this cruel world..."

He spoke somber, tender, and gentile, and his eyes were also soft, as the hardened embodiment of a "soldier" had a soft spot for children. And it is in his heart to protect the innocent youth from the cruelty of the world which would taint their innocence. There are just some things that should not be experienced at such an adolescent age. "Araya, where do you seek it?"

"Araya, what do you hope to accomplish?"

"The end of this paradox spiral of a world.﻿"

Ruvel was walking passed his eyes looking down allys and streets in the hopes that he could find someone to go with him to help the weakened man and his village, it seemed that even in a outpost as busy as this there was no one he could feel that would be able to help. That was until he walked passed a male that seemed to talk to him, even though he had no idea what was being said he still stopped and looked up at the male stepping back cautiously. 'Shindara, S'oq gig sa zoes?' he sent to the summon whom now used their own energy to remain aware of the surroundings around his summoner, so he could translate what was said for him both ways. 'He wants to know where your guardians are, why you are not with them and said that this world is to cruel and harsh for children our summoner.' he sent back in the language Ruvel currently understood. His eyes looked away as he heard his summons words, they stung to his heart. He knew that this world was harsh and cruel even to children, he knew that better than most adults, all he could do was grip his sleeves. "Zes donaaiz oth yaeza I aerya sog oz mozija sowa xaar gaog maen o haerdh qiza. I trael sael sansiss vur dartakel yiz laenhg iz, xaqqabbi yor zaeed xonathull sargtlinen awar yaeuks I oz wabbies esaeurdh. I sowa o xik xnaeyabbi xoyt aer Tolgalen" he said Shindara putting the translation right into the males mind so he knew what was being said trying to prevent himself from crying which was easier said than done at current.

"Zes roza iz Ruvel Mizune, yabbia iz o zor ir raph aem sahd, siz shripomn soz xaar lowda xes bandits s'ae ona making yaz zira ir ya ato raonxes. I loai qae gae zae xuq loai sahd oz I gae raeq loai qae xa ph'zhin iaiae or ygish, laeuhg esaeu hita qae yaeza liy za?" he said allowing for Shindara to play translator again, he hoped the other would help but if they decided not to then he would take on the danger himself regardless, he might have been de-aged but he still had his ethics and moral compass intact not to mention he was still a high ranking member of the west fiore trading company, if he didn't help what would that make him? He would wait for a long moment to see if the man would join him, before heading back towards the man he had originally been talking to but he was now gone. On the post nearby was a flyer with all the details of this task and a map to the village, he tried reaching out his hand but he was to small to even touch the bottom even if he was to jump. He was use to being short but this was just down right annoying, all he could do is sigh and wait until someone taller was around to take the flyer down for him. Not that, that would help him much as he couldn't read common languages. He could however show it to his summons if the other decided not to come and let them give him the information, again that was tiring on him however.

Shindara, S'oq gig sa zoes?:
Shindara, what did he say?

Zes roza iz ruvel mizune, yabbia iz o zor ir raph aem sahd, siz shripomn soz xaar lowda xes bandits s'ae ona making yaz zira ir ya ato raonxes. I loai qae gae zae xuq loai sahd oz I gae raeq loai qae xa ph'zhin iaiae or ygish, laeuhg esaeu hita qae yaeza liy za?:
My name is Ruvel Mizune, there is a man in need of help, his village has been attacked by bandits who are making them mine in the ruins nearby. I want to do so but want help as I do not want to be walking into an ambush, would you like to come with me?

He was not foreign to, well, foreign languages. He traveled to many places, and heard many people speak many tongues. This was not unusual for him. It seems this kid was apart of a guild, and was trying to do a task given to him. He tried to rationalize the situation, and figured they were born into a guild, and that is why they were branded at such a young age, not knowing they were a bit taller then this. It'd also explain their tragic backstory; Perhaps their parents died in a mission, and never came back. He finds empathy in the child's situation. While his own parents were not very nice...in fact, they were downright terrible people..he vowed his life to helping others. Especially children. And so, seeing the kid reach for a flyer, he walked over and pulled it off, along with the map attached to it. He then looked down at the child.

"....It is my duty to help those who cannot help themselves. Taking such a mission alone, especially for your age, is dangerous. You'll need my help....come, take my hand."

He knelt down, with a hand outstretched, wanting the young one to take his hand so he may walk him towards their destination. Despite being a stranger, he showed genuine kindness and care for them. While they may not understand his common language, they don't need a translator to understand the language his actions spoke. And they spoke to them saying, "I'm in."

"Araya, where do you seek it?"

"Araya, what do you hope to accomplish?"

"The end of this paradox spiral of a world.﻿"