Tags: —
a tempest's tale: unexalted fear
MASTERY
"Control thy emotions to control thy strength!"
An empty road. That was all that lay ahead; the only color dotting the skyline beyond was a singular figure garbed in a long-red robe, the sleeves concealing his arms, while it's length stretched itself over the rest of his sleek and elongated figure. His stormy grey eyes were narrowed as step-by-step he continued his journey, each stride with purpose as his objective remained clutched in his hand.

It's details were vague and the whole situation remained clouded in the thick of mystery. This was meant to be Ao's day of vacation, a short period of time where he could finally retire from the hard life of a mage in order to fulfill more whimsical and superficial needs that he had acquired through his years of experience.

He'd come for grand festival hosted by the infamous Kaehgar Tae group. He'd known many of his fellow guild members would think it a bore to travel so far and lunged upon the opportunity to go solo. Besides, he couldn't disgracefully womanise infront of those whom claimed to be co-workers! What would they think of him?!

A chuckle besmirched his once serious face as the thought of his calm and collected persona soon faded. In fact, he was so lost in his own enjoyment that an overwhelmingly large iron-gate threatened to make it's mark on his face.

He exclaimed to the open-air despite the lack of company. His hand remained outstretched to prevent the aforementioned clash and, to his surprise, he found no resistance as the iron bars gave way to a resounding creak while the hinges swung on their axis. With a slightly faltering step, Ao stumbled forwards, arriving in the midst of the grounds to a huge mansion that lay before him.

Remaining on his knees, Ao glanced up in awe to the magnificence of the mansion.. but despite it's splendor and extravagance, there remained a slight oddity about it's appearance.

He scratched his head continuously while glancing around the grounds. Soon enough, he got to his feet and prepared to make his way to the equally splendid door despite the aura of mysteriousness about the place. 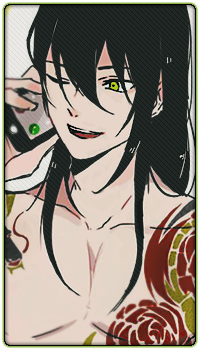 Re: A STORMY PERFORMANCE! [JOB // NATSUZORA] 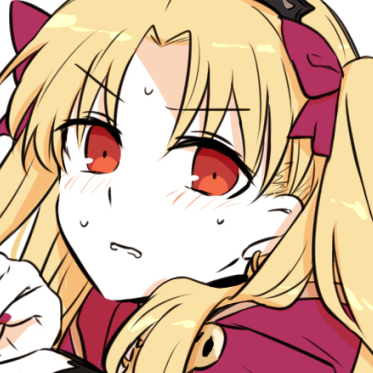 749 words @pal
time for some angst?
The passing current danced with the material, gently caressing it into a sudden rebound as slender tools moved against it. Though a fluid pacing, attention barely perceived what awaited ahead, but rather the nearly ruined letter made by glass. A furrow arched against the brows, tracing the smooth surface with a bit of wonder as to how it had been so precisely brought about upon the narrow empty road. Accompanied by the allure of towering trees and distant poised mountains, bright blue skies coiled as far as the eye could see with not a single cloud to trace the endless shade. The scenery was indeed captivating, though its lacking for company made the invitation all the more suspicious than it had enticing.

Natsu wasn't particularly one for festivities, yet the shadow of what had taken her power was lurking ever closer. The magical essence, the stench of the beast. It tainted the possibility of feeling at peace with nothing but a sense of desperation to get back her only chance of influence. Already she'd been lacking in this world that was not her own. The front may have seemed sturdy, but the inside was in shambles. Human or not-- anything was capable of breaking. The unsteady hand grasped at the few layers against her chest, as if attempting to force the discomforting feeling elsewhere. Though her eyes had been trailing the object and the careful pace of her feet, the motion jerked into a startle.

Few feet away settled the abrupt structure of a mansion. As though she'd been unwillingly brought forth into an entirely opposed setting, the path had come to an end with nothing but the open gates and the distant workers muttering away. Surely this was the correct location. Just as she'd been given the letter, seemingly in thin air, the captivating dwelling appeared on the mere flutter of lashes. All very fitting for a place that thrived in the endless wonders of magic. Slowly and perhaps a bit to confident for her liking, the metal barrier shrilled just behind until the two lastly shifted against one another. Closing as it should have been before. Leaving her trapped within a place she had yet to grow familiar with.

From a closer perspective, what slight crowd of workers had seemed truly genuine about the festivities that they were carefully setting up. Her ruby pools wandered over the faces, observing the many emotions which coursed evidently through their features. So much so she had disregarded the bizarre individual who did not care for the term of personal space. A sharp breath signified her dismay, taking a few steps back from the stranger as he quickly bowed in response. Whether to express his apologies or to enact a silent greeting, no words dared to slip past the unseen lips of the other. More unsettling so that even the eyes were not visible.

"The Kaehgar Tae... are you apart of the group?" the exaggerated gesture remained for some time, eventually the stranger straightened his posture, moving backwards with such faith in his ability to flip through the air. As though it were the only possible way that he may move. Walking could have been a more sensible approach? The distaste for such an oddity was wavering in the usual expressionless display. Through every twirl upon the air, further and further, did she notice that another figure was wandering along. Perhaps it had not just been she who was isolated in this baffling event? Natsu followed, still not even close to the possibility of finding this situation confiding, though having no need to point fingers when not a single piece of harmful intent was pointed her way.

Compared to the bizarre air of the one who enjoyed vaulting left then right, the other which had originally been approaching what seemed to be the entrance into the mansion, was hardly regarded as doubtful. He was a few inches taller, adorned in a long red robe, similar to what she had been wearing, but perhaps a bit larger to fit the differences in size. Rather than choosing to obscure the features, a silky mass of dark blue was left revealed, curling just past the nape of the neck. The eye contact was brief-- the attention diverted on the masked man that was gesturing for the both of them to come inside. A great idea? Unlikely, though, whatever was inside was calling to her, no matter how daunting the task which awaiting them.

ALL I ASK OF YOU IS BELIEVE
PHARAOH LEAP.
« View previous topic · View next topic »