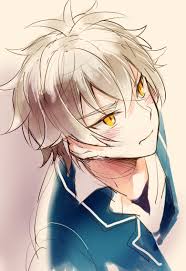 Ruben walked up the side of Serene Cliff. Is this the area that girl talked about? If so,then Ruben finally remembered something for once! What did she want him here for again? Oh god dang it,you finally remember one thing but immediately forget another thing! Ruben wasn't even paying attention to where he was going when he ran right into rock. "OW! Okay. Note to self,watch where you're going! If you don't,you run into random rocks!" Ruben said to himself,before tripping over another rock. "Why are you so clumsy today buddy?" Sin said. "I don't know. It's probably nervousness. I am joining a team after all!" Ruben stood up and dusted himself off. "Okay then. Now what do i do?" Ruben sat down besides the rock in ran into. "I'm here,so where is that girl?!  It took an hour to get up here because I got distracted,and I fell,so where is she?" Ruben laid on the rock for a minute. "Sin,do you think I came to the wrong place?" "No buddy. This should be the right place." "How are you sure? I get lost a lot. This could be the wrong area. What if I have to actually be on the other side of the cliff? What if the cliff is not even where I'm supposed to be?! What if I have to be on the other side of this country?!!" Ruben began to worry. His moodswing is starting to affect him. He grabbed his head and closed his eyes. "Ruben,don't worry. Stop worrying. If you worry too much,you'll end up failing and probably start crying,and trust me no one wants that!" Sin said to Ruben. Ruben let go of his head. He chuckled slightly before saying,"Sin,you always manage to knock some senses into me. So what do we do now? Besides waiting."
Aura Sparks

Aura had stood at the top of the highest cliff. She had watched the cliff below her, waiting for the guy known as "Ruben Seranus." Aura had seen him around the guild before but had never seen his true strength. As she looked down upon the grassy cliff below her, she felt a gentle breeze flow into her. She felt as her hair lifted up and then back down with grace. As she clenched her book, she felt a magical presence getting closer. Although it wasn't too familiar, she could pinpoint that it was Ruben.

As she readjusted her hair, she saw as Ruben walked out onto the grassy ledge. He seemed to be talking to himself, which was odd. Observing him, Aura waited and observed him carefully. His presence seemed odd, maybe even unstable. It was as though his power wasn't completely controlled within him. Aura knew that that was apparent since he was a d rank after all. As she looked downwards at him, she began to walk towards the edge of the click. As she neared the edge of it, she set down her book on the ground. One half was hanging off the ledge and the other was on the grass. She had tried this trick before and knew that it would work just fine. As she stepped onto her book, she slid down the cliff. It was as though she was snowboarding, which made her hair flow beautifully as the wind flowed around her. Right before she was about to crash into the ground, she returned her book to its smaller form and created friction by using the heel of her shoe to stop her from crashing.

She then stood completely straight up and looked at Ruben. With a gentle smile, she said to him, "Hi my name is Aura. I'm guessing you're Ruben, which means you're here for the audition...right? If so, then let me show you this way." With that communication, she walked over to the edge of the cliff and turned back around towards Ruben. She wondered if this would be too difficult for the person in front of her, but she had faith in his abilities. She didn't know what it was about him, but she felt an indistinguishable trust in him.

With the swipe of her hands, she brought out three orbs. Each one with a distinguishable color that made them seem very unique. One was of the humanoid creature Flammy, she was a hotheaded creature Aura had stumbled upon while on a job. Along with Flammy was 2 more. They were a trio that weren't meant to be taken likely. In their land, they were 3 of the strongest warriors in their tribes. They have sent many people into catatonic states by using their inflictions of emotion alone. Aura knew that she could stop them if anything too bad happened, but she knew that anyone strong enough in her team could defeat these three.

As she finished her thoughts, she said to Ruben, "These three orbs have encaptured three warriors from a tribe called the "Inherria," in order for you to pass this audition, you must defeat these three. It will not be easy but I trust you can do it, are you ready?" If Ruben were to say yes, Aura would send out her three warriors. She would then announce the battle to commence after reading the rules of the audition to Ruben. If he says no, however, she would walk away and look back and Ruben, dissapointed in his desicion.

Golden Lacrima is active until 3/5/19

Active Jobs:
4 jobs active(too lazy to write anything else XD)

"So." "So?" "What do we do while we wait?" Sin was about to speak,when he sensed something. "I don't think we'll have to wait any longer." Ruben made a confused face. "What do ya me.." Ruben heard Aura's voice. "Aura? AURA! I knew it! I remembered your name! Oh right. I'm Ruben and here for the audition!" Ruben stood up and stretched. He followed Aura with a massive pep in his step and jumped around from place to place. "Ruben,calm down. Save that energy for when you actually start." "I know I should save this energy,but I'm way too excited!" Ruben finally stopped when they got to the orbs. "Orbs! Wait a minute,orbs? What do we need these for?" Ruben listened to Aura as she explained the orbs. "Inherria? That sounds interesting." Ruben walked up to one of the orbs,specifically Flammy's. He felt a weird sensation inside him,almost if he was getting angry,for no reason! Ruben stepped back surprised from the sensation,and as soon as it came,it went away. "Ruben,I don't have much of a good feeling about this. These orbs,are not any normal magical orb. I say we either leave now to find out more or just leave." "Sin,I'm not going to chicken out just because you're scared of something. Aura,I am ready for this fight to begin. Send out whatever you want against me! I'll fight them and I'll win! Or at least try my best!" "Yaaaay" Sin said sarcastically. "Ruben if you die,don't blame me." "I will not die! Have some faith!"
Aura Sparks

Aura looked at Ruben and saw as he started talking to himself. She tilted her head in disbelief but she just shrugged. As she looked towards the guy in front of him, she saw as his mouth worded the word "Yes." She smiled the gentlest smile she could and picked up the orbs. With little ease, she began to juggle the orbs, and one by one they popped into tiny little creatures. The one who seemed to be the element of air was windy. She was very energetic and seemed to be ready to fight. She smiled as big as she could as her opponent stood in front of her. Flammy however, the one with the element of fire, seemed angry that Aura called her out for something as dumb as this. Aquana looked at Flammy and started to cry because she didn't like when her friend got angry. In disbelief of the trio she acquired, she rolled her eyes and said in an apologetic voice, "Sorry." Next thing she knew, the trio and Ruben began to fight.

Golden Lacrima is active until 3/5/19

Active Jobs:
4 jobs active(too lazy to write anything else XD)