They Come As They Go

They Come As They Go 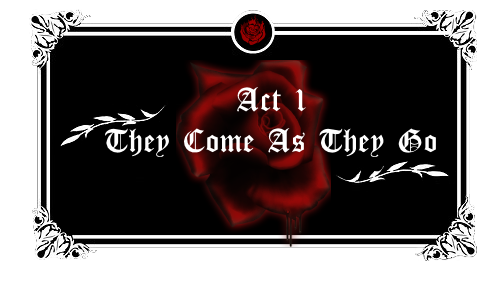 Re: They Come As They Go

Albafica stared upon the sea of backs that stretched before him, covering every single corner of his visage without effort. Each of these individuals were here for the same thing as he was, yet they possessed a rather advantageous factor he did not; length. As he shuffled forth a few steps when the queue moved, people did not notice his presence, having the youthful Saint resort to pushing those who tried to cut in line back. Yet most of the time it only made them aware of him standing there… on the few occasions it didn’t, he resorted to a more vile way of showing his dominance over the taller men. Truth be told, nothing makes a man remember his place as well as a punch in the groin did. Especially when the power behind said punch was several times that of a regular human being.

Albafica glared intently at the man as he pulled back his small arm, and spoke far more demanding than a child his age should. ”Try that again and I won’t stick to punching, old man. Now get back in line lest you want me to kick you there.” The man whom this was addressed to towered above Albafica, and was twice his size at least… which wasn’t that hard, now he thought about it. Yet his intimidating figure didn’t do much to the young boy, who kept on glaring into the confused eyes, that slowly started to grow angry. ”What’s a kid like you gonna do? Go back to your mommy, kiddo, ask for a lollipop and let the grown ups handle this.” He said mockingly, roughly pushing the young mage into the masses and taking his place. Albafica, at first wanting to react as he was trained to, realized that aside from his punches, said supernatural strength had been wasted on him. All he could do was hiss softly as he picked himself back off the ground, ignoring the worrying gazes thrown upon him by the surrounding bystanders. His hands itched to use his magic. To take on the appearance of his masters and show that rude asshat how powerful his body truly was…. Yet he knew better as to do so. The fewer people saw his many forms, the better for his exploits in the future, on whichever path it would take him.

Nonetheless, Albafica couldn’t let himself be walked over so easily. Perhaps he could not use his magic fully, but that didn’t mean he couldn’t pursue other means to deal with the man at hand. Deal with this weakling thinking raw strength alone is the way to show his power. A grin crept upon the child’s face as he took his place behind the man and followed suit for a bit longer; long enough for the row to have moved closer to the registry and long enough for the bystanders to forget about the scuffle that had taken place. All biding his time until a moment of opportunity occurred. And it so did.

Once the distance had closed enough between the twosome and said registry, Albafica moved forward and touched the man’s back, almost invisibly stabbing him with the stem of one of his poisonous roses. Within the stem the poisonous substance had neurotoxins that paralyzed the body to a certain extent, enough for it to stop functioning properly and appear to be in an intoxicated state. Albafica swiftly placed his shoulder under the man’s stumbling body and literally had to heave for his dear life in order to get the body moving. Making small, apologetic bows to the crowd as he passed them by, Albafica needed no effort to show off his charming innocent looks. ”I’m sorry, my dad’s a bit drunk.” He ushered, moving past the queue almost immediately when people saw this frail little child dragging his drunk father further to finish his errands. Deep inside Albafica felt a bit sorry for deceiving these kindhearted people, but then again, his priorities laid elsewhere than to ponder over such futile things.

He reached the registry after a couple more minutes and carefully placed the man’s body down, who was still well under influence of the neurotoxin, and in his most innocent voice addressed the man behind the desk. ”E-excuse me, Mister? My dad was supposed to get us passports today, but he decided to go drinking with some friends first and now…” Albafica gestured at the floor behind him, and saw the man at the desk frown deeply. ”Your father seems a bit too… er, sleepy, to properly prepare his passport. But we’ll do yours for the time being, won’t we, young lad? Please follow me.” The man said, gesturing at one of his colleagues to take care of the ‘drunken father’. After half an hour Albafica emerged again from the building with his passport and ‘drunken father’ in hand, being well-prepared to keep up his act until he was out of view. He dumped the man’s paralyzed body roughly upon the floor and grinned as he looked back and forth between him and his new passport. ”I must say, that was a wonderful tip, to have my parents take care of it! Thanks for the free passport, old man!” The youth laughed brightly before turning on the back of his heels, casually walking away from his first-ever victim. After a few meters he slowed down however, turning his head for a final piece of advice. ”Oh, and next time… don’t judge a book by its cover, old man. You might not make it out alive next time. See ya!” And with that, the young mage disappeared in the distance, leaving the man to his own devices, and whatever misfortune would befall him.