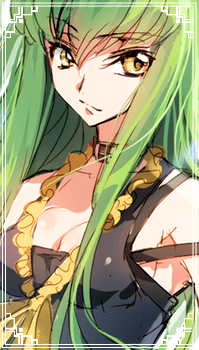 JOB INFORMATION::
Job Title: Wine Testing
Rank: D Rank
Player Requirements: Any Rank
Job Requirements: 500 words per player, +200 words per player beyond the first
Job Location: Rose Garden
Job Description: The owner of a high class restaurant in Rose Garden has finally finished a batch of his home made wine. However, before he serves it to customers, he wants someone to taste it and tell him if it's the best in the world or not.

It was like a closet, only much larger. The walls were covered in shelves, and, wherever she looked, the mermaid could always see it.
Wine.
The shelves were covered in wine bottles, arranged neatly, their colourful tops giving the impression that they were shooting at you if you looked long enough. The floor was covered in barrels, most likely filled with wine, as was obvious by the little taps on the sides. She had been invited here by the owner of the restaurant upstairs to sample his latest batch of wine. Pia had never drank alcohol before, having never been allowed to have it before she had to ask for special permission from her adoptive mother, Shino, to embark upon this job. Just thinking about alcohol made Pia’s fingers tingle right up her knuckles. “Here’s your glass dear,” The voice of the man who had led her down to the wine cellar brought her back to reality, snapping her attention away from the sea of bottles surrounding them. “Thank you sir,” She said, taking the glass from his wrinkle ridden hand. The old man was swimming in the tide water of his seventh decade, yet his smile was as bright as one belonging to someone Pia’s age. Although he was a stranger to Pia, he was an old friend of Shino’s so Pia felt no trace of anxiety or awkwardness in his presence. Anyone Shino trusted, she would trust too.
Wrapping her dainty fingers around the stem of the glass, Pia watched as the crimson liquid swirled around the delicate glass, a sweet, exotic aroma drifting up to her nose and engulfing her senses. For a brief moment she was lost in the smell. Carefully lifting the glass to her lips, she sampled the rich liquid.
Pausing, waiting for the taste of giddiness to arrive, as if her brain couldn’t wait for the fuzz of intoxication to begin. Unknowing to her at the time, one small sip of alcohol would not have this effect upon the consumer. She wasn’t exactly sure what she had been expecting, but it wasn’t this. Was this taste the taste of adulthood and freedom? If that’s the case, Pia wasn’t sure she was ready for it. Honestly she felt a little disappointed by her own expectations.
Printing her signature bright smile back upon her face Pia nodded her head at the cellar owner when asked if she enjoyed it. Casting her mind back to what Shino had told her that morning, she recited a few of the words she had been told to use: “It’s very rich with an exquisite aroma.” Silently congratulating herself for remembering that line, Pia took another sip from the glass to show her eagerness. “I’m delighted to hear that,” The rounded man let out a booming chuckle as he took the glass out of her hand, “You aren’t supposed to drink it all you know.” Sheepishly chuckling back she hoped her inexperienced actions would just present themselves as a compliment to his work as a vintner.