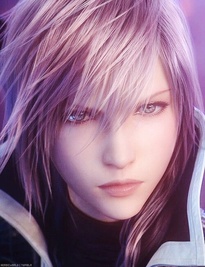 When Aeon first saw this job on the request board back at the Lamia Scale guild hall, she wasn’t exactly enthused about it but she knew it was for a good cause. It seemed that Rose Garden was hosting another blood drive this year and required mages to help for the day, basically being an all-rounder. In the end Aeon took the request on and now found herself in a large hall where people were lining up to get their blood drawn while at various points of the room there were private screened areas where the nurses took the blood and another area where there were small cots for anyone who needed to lie down afterwards. The most awkward thing about this job was that Aeon was required to wear a specific outfit, an outfit that she had in her requip arsenal but had never used. 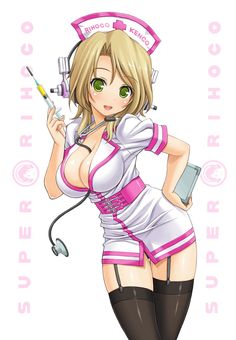 While dressed like this, Aeon would go from one end of the hall to the next, serving various refreshments and snacks for those who asked. At the same time she also had to help keep the children entertained which wasn’t exactly one of Aeon’s skills. One child was crying because of the needle that had taken her blood and she was quite loud and putting the other children in distress. “Listen kid.” Aeon said abruptly as she approached the child, the young boy instantly silenced himself and looked at her with tears still in his eyes. “If you don’t stop crying, I will give you something to cry about.” Aeon raised a fist and looked seriously at the child which issued more tears from the child. The nearby nurse had an appalled expression on her face and when Aeon turned to her, the nurse just shook her head at her. “You can’t treat children like this. You have to be more kind, soft and understanding.” Aeon blinked several times at the woman, not quite understanding what she was talking about. “Here sweetie.” The nurse said softly, handing the young boy a lollipop and smiling toward him with a soft voice. “This one is for you and it is an awesome red color don’t you think?” The boy stopped crying and politely took the candy from the nurse, smiling and thanking her as he moved on to the resting area, leaving Aeon a little baffled.

She walked away and thought about the scene that had just taken place. Thinking of how she could better herself in that situation. She wasn’t good with interacting with people in a normal basis let alone children. Though it was a learning experience and she attempted to address all the children in this manor for the rest of the day. For the remainder of the day, Aeon would put her experience into practice when she served various things to the children, attempting a sweet and kind voice that would sometimes sound incredibly creepy and even scare the children more but other than that she managed to get through the day and fulfil her job. Though in saying that, she had no intention of taking up another job like that any time soon and especially planned on not interacting with any children any time soon either.