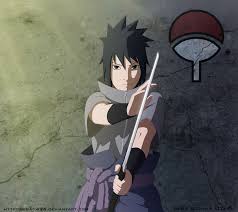 Primary Magic: Black Flames
Secondary Magic: Dark Spirits
Caster or Holder: Dark Magic
Description: Dark  Magic is a branch of Elemental Magic that utilizes from the fear of people's near the user. It can be used as offensive and defensive magic.Mages who possess the ability to utilize such Magic are able to generate these elements from their bodies, and manipulate them, even shaping their attacks as they wish.
Because of this magic the opponent who is fighting is slowing dying and become of the member of user's army. This magic can be used as offensive and defensive type magic.
Strengths: >Recieves half damage from all forms of Darkness Element/Magic/Spells.
>This form of Darkness Magic can only be used by Demons and can ONLY be absorbed by Demon Slayers.
>This Magic molds to the user's capabilities, taking the form of anything the caster can think of, making it a useful and a well adaptable form of Darkness Magic.

Weaknesses: >Weak against Holy/Light Element/Magic/Spells.
>Can be absorbed by Demon Slayers.
>Its versatility means that it will be rare for the user to be able to dominate in one field, and must use all aspects of there magic in order to properly fight.
>Can take over user's body and then he have to depend upon undead's to defend him.

Lineage: Conqueror's courage
Unique Abilities: Demonology: This magic gives it's user a vast knowledge of all types of demons. Including where they live, how they fight, and what kind of abilities they have. (Excluding player demons, and demonic magic/style fighters)
* Call to the Nethers: This magic gives the user the ability to contact the Netherworld. He is also able to contact demons to make a contract with them in order to obtain new powers and forms.
* Demon Siphon: This magic allows the user to siphon magic and power from demons they have slain. Allowing them to restore a set mana portion equal to their rank. (Weak/Normal- 5%, Strong/Boss- 10%)

Name: Black Flames
Rank: D
Type: Fire
Duration: Instant
Cooldown: 2 posts
Description: In this magic the user can use black flames with never stop until the opponent dies. It looks like fire but not a fire with can be defeated. It can reach up to 60 meters away, travels at 45 meters per second and can cause piercing damage.
Strengths: >The spell is instant, requiring no charge and can be used on the fly with a long reach and fast movement. A resourceful spell that can be often used.
Weaknesses: >Can only target a single enemy instead of multiple targets.

Name Contract of the Demon King
Rank: D
Type: Offensive Darkness
Description: It causes multiple arms created from red and black Demonic Energy to rise up out of the ground and bind his enemies in an area of 30 meters. The spell can be cast 60 meters away and the speed at which the arms move is 45 meters per second. When they have taken hold on an enemy, the arms deal Darkness element damage and these arms are destroyed when the spell ends or when they are hit by two D-Rank spells or one C-Rank spell or one D-Rank Holy/Light Element spell.
Duration: 3 posts
Cooldown: 4 posts
Strengths: >Binds enemies for a period of time to make them an easier target or for an opportunity to escape.
Weaknesses: >This spell does 50% less damage due to being an AOE.
>Each arm only requires one D-Rank Holy/Light Elemental spell to destroy it
« View previous topic · View next topic »