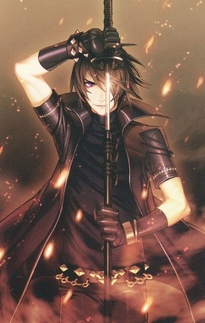 Re: New faces and friends?

As always Fairy Tail was as crowded as ever, mages that came in all kinds of shapes and sizes were either laughing, partying and most importantly drinking. Basically a typical day at the Fairy Tail guild, a place that was brimming with youth and always enjoyed a cheerful atmosphere. Well, not always, Fairy Tail was also the guild for every hotheaded youngster and it does so happen that so every now and then a fight among themselves broke out. And among this rabble of mages was a young lady, that instead of laughing, fighting or drinking was actually tending the bar this time.

While leaning on the counter and starting at the partying bunch, Cecile couldn't help it but let out out a huge sigh. She'd rather be among them, but instead, she was here standing behind the bar pouring cheap ale for her guildmates. Honestly, it was her own fault though, earlier this morning she got roped into this debacle by one of her own guildmates, who in hindsight was only doing so so that she could get out of bar duty.
However, from the corner of her eyes, she saw someone she hadn't seen before. A young man carrying a pack and a sword had made his way through the crowd of Fairies and took a seat at the bar. From there on out he was looking around for a bit, obviously trying to see if there was anyone around to serve him. In this case, Cecile, who was debating if she should make him wait a little longer or just walk over right now. 'Ah why the hell not' she muttered to herself 'it's not that I have anything better to do'

With another sigh, she detached herself from the bar and moved over towards the newcomer. As Cecile walked over to the unknown mage she grabbed a bottle of scotch from the shelf and two small glass cups. 'Hey' she said from behind the bar and put the cups down 'You are new around here aren't you? Well, in that case, let me officially welcome you to Fairy Tail' As Cecile said that she started pouring the scotch into both the cups and shoved one of those over to the young man 'cheers'
« View previous topic · View next topic »