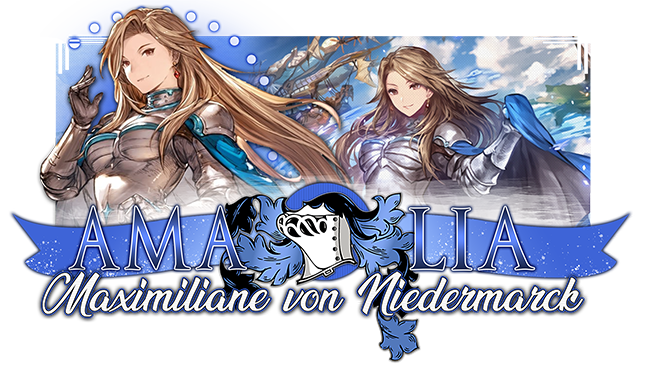 The member 'Berggeit' has done the following action : Dice Rolls

Kasumi wandered around in the mountains, her destination was Hargeon Town. There she would meet up with her crew. It was spring and valleys were full of blooming flowers and cattle with their newborn young. There was an occasional fresh breeze, but the sun was high in the sky, it’s rays shining with warmth. It was a nice feeling, the playful mix of cold and warmth on her skin. She took a moment to gaze at a group of cows, with the tingling of their bells, in an almost white flowered mountain meadow with on the background a lake. The sunlight and the snowy tops made the lake look as if it were made of liquid silver. Just like a painting, she thought. Kasumi managed to drag herself away from the beautiful view, back to her journey ahead.


She had walked for miles and the sun had begun to set and it grew colder. As she wandered on the mountain path, Kasumi had seen a sign which told her that there was a village nearby. She walked an hour longer and found the village behind the mountain. She saw lights from a few of the houses. There was one building that truthy stood out in the dusk. It was a large building, the only one that was two stories high. It was clear that there was movement inside of the building. The light sources were sometimes interrupted by a passing person. That must be the inn, though Kasumi. She walked towards it, notably faster as moments before. Her feet did protest against it but the comfortable thought of warm food and a chair, or even better a bed, faded the acing pain away. When she was closer she noticed a board with a plate, a knife and fork, wearing the name: Hearth and Plate, read Kasumi in her mind. She walked on to the door and opened it.


It was as if she walked through a portal, from the chilly outside to the warm inside. Her nose filled up with the smell of spices and smoke. Her eyes looked around the common room, the coalminers where the once that sprung out with the black coating on their face’s and arms. There was also another group that caught her attention. A group, that seemed to be farmers but there where also some miners that were caught up in a heated discussion. Kasumi looked away from the group to the booth, her feet soon after. “Can I get a room and dinner?” Asked Kasumi to the man behind the bar. The man in question wasn’t that the largest person, small by stature. He had a thick brown beard with strokes of grey and a balding head. He replied in a thick voice, “We got a straw stuffed bed upstairs in a room or beds in a room below, for dinner we got a stew of potatoes, carrots, unions and a sausage with a pull beer or milk.” “I would like to get that one bed and a beer to go with my dinner. How much will that be?” Was Kasumi’s reply. “400 jewels, that includes breakfast.” Kasumi nodded with approval and grabbed her purse and took out the 400 jewels. After which she took a seat at a table near the discussing group, to eavesdrop on their conversations.


She could hear fague comments about a beast, about dead cattle. And then her meal got served to her, apparently, the group hadn’t noticed her arrival but noticed her after the innkeeper brought her dinner. The group came to a silence, which made the room almost awkward. Then their voice started debating again, she could her references to her. She decided to focus on her food and started eating. She got approached by someone after she finished her dish. She looked the tall, but skinny man, in the eyes. They almost looked fearful, combined with his hesitation to speak. “Can I help you?” Asked Kasumi fast, she looked around the group. Another man replied, a miner. “The cattle around the town are being killed and drained of blood. It’s the Chupacabra, we are looking for someone to find it and kill it. No one dears to a do it. We need a mage or a warrior!” Said the miner. “Hmm, before I consider. How many jewels will I get for it? I’m quite low on funding.” Asked Kasumi, who wasn’t surprised that they ask her for help. She carried a sword and a gun on her, so it was clear that she is a warrior. “We can bring up 8.000 jewels if you can kill it.” Said another man in the group. “8.000 jewels isn’t a whole lot as a reward. But I understand the position you people are in, I accepted it. I’ll go tomorrow morning.” She stood up from her chair and walked to the booth to ask for her room. The room wasn’t big and only filled with a straw matrass with a woollen sheet. Not much but warm for sure. She undressed and rolled herself up under the sheets. Kasumi didn’t sleep immediate, she first thought about the Chupacabra. What could it be? She thought. After that, she fell into a deep sleep.


The rays of sun started creeping into her room, onto her face. The rays tickled her skin and prickled her eyes. Kasumi tried to open her eyes, but the bright sun stopped her from doing so. She rolled onto her side and tried again. She looked around in her room, searching for her pile of clothing. She stood up and grabbed her clothes. She dressed up and ran her hand through her hair. “Ugh”, That’s such a mess, was the thought that ran through her head. She grabbed her bag, looking for her comb and started combing her hair. She then fixed her hair in a ponytail. The last she did was wrapping the imperial flag around her and shoved her sword through the improvised belt. She checked her revolver and placed in its holster. Kasumi walked downstairs to the common room, there were no other visitors. She took her seat near the hearth, which had slowly died out during the night but still held some warmth. Her breakfast was much elaborate as she expected, seemed like the innkeeper was glad as well that someone would take care of the Chupacabra. She had two pieces of toasted bread with egg and bacon and some cheese, a glass of milk to flush it down. She thanked the innkeeper and hit the road. On her way to the mysterious cave, which was suspected to hold the Chupacabra.