Quacking fun with a weasel. [Job with Itazura] 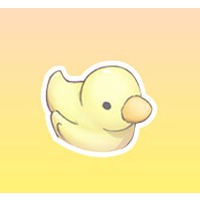 Quacking fun with a weasel. [Job with Itazura]

Re: Quacking fun with a weasel. [Job with Itazura]

The weasel was squatting on a bar seat, rolling an empty glass on the bottom edge. He yawned, bored, he had absolutely nothing to do. Well, he most likely had work as the Ace of Spades to do, but that was boring work, he likes doing work that was fun. Hanging out messing with people, chasing and killing and most likely eating monsters. Even if he eats, he'll always be hungry, he prefers human flesh or yokai flesh, because they would keep him fuller her longer, but he would take any kind of meat really. As long as he got to eat something, he hated the constant feeling of being starved, he digested his food to fast. His hunger was more constant then any other creature he has met, and he has met a lot of different species. The only person that had a comparable appetite to him was Black Rose's resident goddess, Irina. Who would devour all the food if she could, and she probably could, she does have comparable appetite to Itazura after all.
He'd actually just finished eating and drinking some alcohol he didn't bother learn the name of, saying his complaints through intelligible groans he got the bartender to fill his glass again. He drank the glass as if it was a shot glass, when it was a lot bigger then that. Releasing a breath after drinking, he back flipped off his seat, the bartender just rolled their eyes at him showing off for no reason. He stretched up his arms before bringing them back down to pull his hood over his dirty blond hair. Stuffing his hands in his pockets, he started to head towards the exit on the far side of the room from where he was. Suddenly a bird the ayakashi believed to be a duck, landed on his shoulder. Which was no easy task considering how small his shoulders were.
Confused but amused that something was happening to ease him from his complete boredom. Even though the duck got his attention from landing on him, they tried to get a message across by rapidly hitting him in his face with some sort of flyer a good twenty times. The avian then flew up from his shoulder and dropped the paper a top his black hood with three spots on two sides of it. He laughed, grabbing the paper from his head he looked at it. Of course the paper had words, being illiterate he couldn't read or write. But a picture showed off a picture of a puppy, a large word across the top of it. Though he couldn't read it, he got the general gist of it.  Usually any flyer that he has seen, that people have told him what it meant, was some event going on at some place in Rose Garden. Or, there was a job offer, he assumed it was that, the latter I mean. So of course, considering his immense boredom, followed after the bird to hopefully they knew the way. Because he sure didn't.