Passport before the pass out. 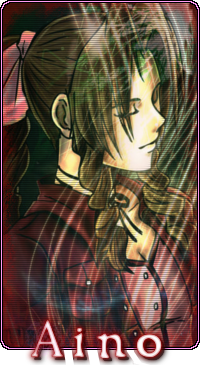 Passport before the pass out.

Re: Passport before the pass out.

There was still some work to do before Aino was prepared to being a full fledged mage. She wanted to help some other people other than the ones that belonged in Fiore, so she decided to get a passport in hopes that she could achieve that little thing that she has in the back of her mind, regardless if she actually uses it or not.

It seemed that the queue was going crazy, Aino of course wasn’t used to this sort of crowd. But she tried to think of stuff that could help her get by while she was trying to take her mind off the fact that she could go through a potential panic attack. It wouldn’t be fun if she encountered one of them panic attacks again, she’s had them for quite a few times this week already and she doesn’t know if she could handle another one just yet. Luckily, she was managing well so far, even as the queue was being extremely slow. That was, until she was shoved and pushed slightly. It started to get too much for her and she instantly fell on all fours, holding her chest as tears slowly loosened their grip from her eyes.

Nobody seemed to really notice until a security guard was walking by to make sure nothing was amiss, he didn’t seem to condone the fact that nobody was taking notice of a young lady breathing heavily on the floor. Walking over to her, he offered a hand and placed his other hand on her back, kneeling towards her and trying his best to help her up.

“Is everything alright, lass??” He would ask as he would then guide her straight to the front of the queue, guiding her slowly on the way, making sure that she has enough time to catch her breath and to stop a panic attack.

Aino felt very lucky today, a stranger of some authority was actually helping her. Helping her, walking slowly with her and even making sure that she was okay as she nodded that everything was alright indeed. She was suddenly very happy. With this feeling, her heart slowly eased it’s chaotic rampage and it returned to its peaceful state. Aino felt like she was walking on water, with someone guiding her in the right direction and helping her ease her worries.

It didn’t take long for the female to be at the booth, with the security guard explaining what had happened and asked for her to have her passport done next as an apology that it couldn’t be prevented. While Aino was very glad that this will prevent another panic attack, she felt sorry for the others that had to wait. However, it was their fault for ignoring her, and now they all had to pay the price.

“I heard that’s a lovely guild, I am sure a kind lady like you will fit in. There, that will be 5,000 jewels please.”

Nodding slowly, Aino took out the jewels and eventually coughed up the necessary amount so she could actually get a passport, this was so exciting.

Aino giggled slightly as she shown a small smile. It was indeed a smile that Aino wasn’t used to making, if anything. She was glad that she was able to get the passport in the end, and even thanked the person in the booth. She even hugged the security guard as she left, cuddling the passport tightly.

» Getting the Pass [Job]
» Pass Port Please
» a pass for the future
» No One Gets a Free Pass
» You Shall Not Pass(port)!