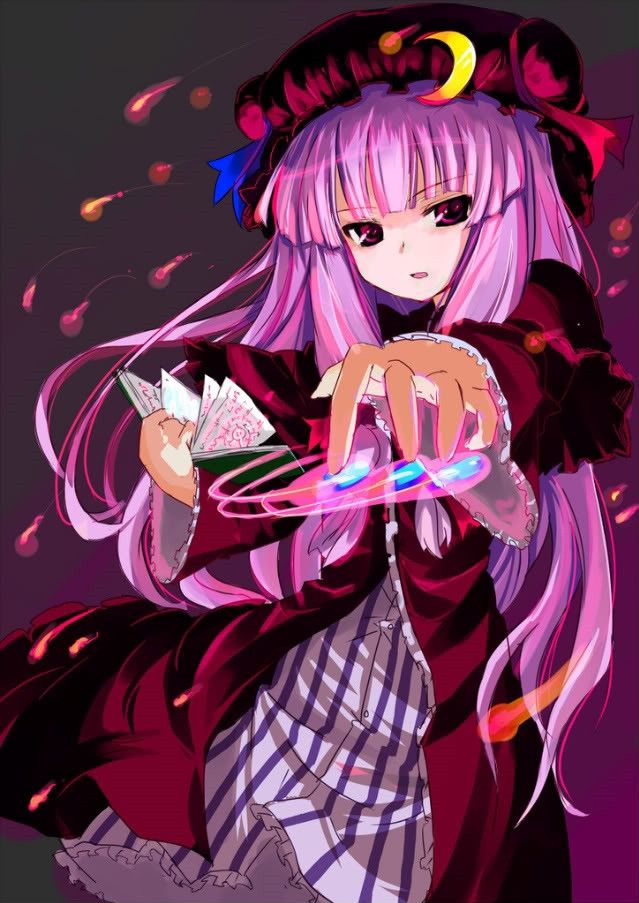 It was a sunny day in Magnolia, and Tia decided to continue traveling around Earthland to gain more knowledge about the lands. Therefore, she booked a train to Magnolia in order to make progress on her list. She decided to mix up her look today, so she added a red hat and red cloak to her everyday outfit. This made her feel different, considering she can almost always be seen in all purple. Her hair was straightened and brushed downward, looking silky and smooth. She had with her a checklist only, despite her typically bringing a book to read, so she could not get distracted and learn about Magnolia. She knew Magnolia was a giant city, but what fascinated her the most was that it was home to a mighty guild known as Fairy Tail. This guild was actually Tia's second choice for a guild behind Golden Phoenix, so she wanted to learn more about it in case something bad happened to the guild. Looking out the window, she noticed the forest switch into a beautiful city, in which birds were chirping and many different people were walking to their day-jobs. The sun was directly overhead, therefore the time was around 12:00. She hopped off the train, and began to walk on the sidewalk near where a river runs through the town. There seemed to be varieties of fish in this river, which looked to be more neutral-colored than any other fish she had ever seen before. As she was walking, she noticed a man standing on the side of the road with a mail-truck crashed into a building.

"Um.. excuse me sir? Are you okay?" Tia asked him, with a concerned look on her face. "Why yes, Thank goodness you are here! I don't have much to pay, but will you deliver these letters for me? They are for the rest of the houses down this street, going that direction" He said, pointing to the direction away from him. There seemed to be a large amount left, but she insisted, since he seemed to be tired from the accident. She picked up his mail-man messenger bag, and began to deliver the mail to everyone's houses. She was greeted by all kinds of people, men, woman, children, boys that were way out of Tia's league, girls that would never be interested in Tia, and the list was endless. About an hour later, Tia was finally finished, and returned back to the mailman. The mailman was very happy, and payed Tia a small sum of jewel for her generous deed. It may not have been much, but it was her first paying reward for a job. This made Tia very happy, but she did not express it from the outside, considering she has never been the type of person to do so. She slipped the payment into her pockets, and continued to walk down the sidewalks of Magnolia. She didn't expect to be doing a job during this mini-vacation, but she knew that doing good deeds for others was very good for her guild status.