The Bitter Sweet taste of jealousy 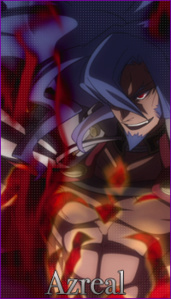 The Bitter Sweet taste of jealousy

Job Information:
Job Name:
The Sweet taste of jealousy
Job Rank:
D
Job Requirements:
1 mage, independent/dark, 6 posts, 150 words per post
Type of job:
multi-time job
Job Location:
Cedar
Job Description:
Aawh love, so precious so delicate. How fortunate that there are those who are jealous enough to hire you and ruin it. The job is easy, in Cedar there lives a fair maiden who is desperately in love with this perfect specimen of a guy. You know the type, great hair, perfect jaw and off course perfect shining teeth. And it so happens to be, that that very guy is about to propose to this woman on their next date.

Which is where you come in to play, the client has not only ordered you to make sure prince charming never reaches his beloved. But he also requires of you to bring some falsely written letters with ill words to the girl. Once you have done that and broken the girls heart, the client is willing enough to pick up those pieces and mend them. And off course pay an handsome fee for your services.

A bone-chilling draft of wind; ran through the small quiet port town of Cedar from off the shore this day, it was a day just like any other ships came in and out of the port picking up and delivering their goods. The city full of murmur of the hussle and bussle trying to get their daily activities done. Through the winding streets of the town much was to be seen and heard...

Azrael stood in front of a large estate, the double wide gates bearing the initals of the owner of the estate. As Azrael waited a sudden gust of wind blew about him; Azrael turns his face into the wind closing his eyes with a slight smile.. Enjoying the feel of this deathly cold wind. No sooner the large gates swung open and a butler to the estate approached Azrael. Handing Azrael a small white letter while stating "My Master, wishes to give this to you. He has said you would know of its contents" Shortly after handing Azrael the letter, the gates quickly closed behind the retreating butler back into the grounds of the estate. Azrael lets out a arrogant snort and turns back down the pathway leading away from the estate. While walking Azrael opens up the letter stating the following.

"Dear Sir,
I have besieged you and your skills, for a matter quiet delicate at heart.  I'm willing to pay the price that was posted for this job. The matter at hand that needs attending to is of the love of my life, the Lady Katherine. She has befallen into the trap of another suitor who is ill suited for her. Word has reached my ears that Fredrick a local farrier is going to propose to her in a few days time. I wish for you to make sure he never reaches their date, and that you could please bring some incriminating evidence into light of this fragile situation.

With much regards on this mission,
Sir Gerald Hisk, Duke of Cedar"

Azrael reading this pathetic letter lets out a loud laugh as he approaches the walls of Cedar as he folded up the letter before putting it into his trench coats pocket.  'Such a petty, fucking job.. When will things get interesting' Azrael though to himself.. Azrael proceed around the port figuring that neither could be hard to find, one a farrier the other coming from higher standings.

Fredrick was hard at work in front of his anvil, the heat of the small forge radiating off extreme heat. Raising his hammer he quickly brought it down onto the straw hued iron bar sending sparks flying as the hammer met the hissing metal. 'Just a few more hours of work and then I get to propose to the love of my life; Lady Katherine. Together we shall be happy and leave this crummy town and live the rest of our lives happily else where.' thought Fredrick to himself. Lost in his thoughts of the exciting moment that is soon to come. Fredrick continued upon the laborious task and soon a crude outline of a horseshoe was formed, taking a pair of tongs of the rack, Fredrick grabbed the horseshoe; bringing into a large vat of water. Dunking the horseshoe into the quench, hissing and steam could be heard and seen rising out of the water. Taking out the horseshoe and looking over at the small clock, Fredrick quickly released how late it was and started to close up his little shop. Rushing out to meet his soon to be fiancé.

Azrael standing off to the side of a nearby building, watching his Prey at his work waiting until the time came which to corner. Azrael sensing that his Prey was closing up for the night decided it was time to pay the farrier a "visit". Azrael approaching the door to the shop, when the door suddenly opens up and Fredrick came barreling out running into the mountainous of a man that stood before him. Looking upon at the figure that was looking down on him, the top half of his face covered in shadow with two red eyes looking down at him with a sinister smile on his face. Fredrick gulping softly quickly apologized for running into him, and that he must be off as he started to dart around Azrael.

Azrael standing up straight reaches around grabbing Fredrick by the collar of his shirt, and throwing him back into his shop through the opened door. Azrael steps through the doorway looking down at the sprawled out farrier on the floor, with a quick sharp kick into the body; Fredrick quickly comes back to consciousness. "Hello there, you must be Fredrick. I have come for you to do some work for me" Azrael said with a smirk on his face. Fredrick looking up at Azrael curious as to what this request was going to be. Azrael reaches into his pocket pulling out the same letter he received earlier tossing onto the floor by Fredrick.

Opening the letter and upon reading the contents a look of pure disgust and anger flashed across his face. Looking up at Azrael "What is it you're wanting me to do exactly...?" Fredrick said angrily. Azrael with a devilish smile simply replied "Write a letter stating that you were after her money and that you were planning on running off with some wench at the tavern down the way. Then you must disappear." Fredrick refusing to let the love of his life go, not so easily grabbing a fist full of sand tossing it towards Azrael's face. Fredrick quickly scrambles towards the door to try and escape but no sooner than not the large figure stood before him and soon a sharp pain could be felt in his legs.  Looking behind him and pain, anger and disgust of all the event happening to him; sees Azrael foot crushing down on his knee and a fire poker sticking out of the calf of the other.

Letting out a painful moan, before Azrael grabs him by his hair and stands him up. Guiding Fredrick to a nearby table and chair, Azrael places a blank parchment and pen in front of him. "Now write.." Azrael barked as he twisted the impaled fire poker in Fredrick leg. Pain shooting up his leg into his body, Fredrick quickly composed a letter as Azrael requested. In a shaken voice full of pain, Fredrick said "Now please let me go, my life is for not and I have no reason to be within this town."

Azrael grinning replied "Yes we shall be leaving now the two of us together, or rather I will be just with something of you as well." while glowering down at the farrier.

Azrael walks out of the small farrier shop his hands bloodied with the blood of the local farrier writing "Azrael" on the front door. Leaving behind a forge burning heavily on the body of the farrier and blood stains about the shop...

Sir Gerald was last seen giving with the Lady Katherine comforting her at a local cafe when she found out that her previous lover Fredrick was just using her for her wealth so that he may run off with another woman. The Farrier shop with the charred remains of Fredrick was burnt to the ground with only the door still standing within the wreckage with the name "Azrael" written in a dark crimson color.