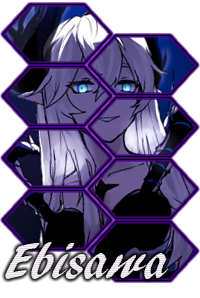 Job:
Job Title: Too Earthland...And Beyond!

Grey walked out his guild Lamia Scale,into hargeon town.The town was extremely beautiful,there were many hard workers to make the town as good as it looks today.He walked around looking for a flower market or shop.Eventually he came upon a long line of people by the docks,he looked around noticing that the line basically went around the whole town.He looked at the different flyers and finally found one that related to what was happening,apparently today was a day where you could get a passport,it was a bit obvious why there was a big line.It was a time where many people went on vacation with family and friends.He walked around the line looking for the flower shops,but they were all blocked off by the line and some of them were even closed because they were getting their passports.At this point Grey had to get a passport,he walked all the way to the back of the line,he had to go through many alley ways and tunnel areas.Finally he made it to the back of the line,although the line was long it did go pretty quick,it didn't seem like it but it really only took 30 seconds to get a passport for each person,unless they were giving the people a hard time,Which does happen from time to time.A couple hours later he made it to around the middle of the line many people even brought out chairs or used their magic in order to rest or take a break from standing,obviously Grey was tired from all this but he remembered to bring a book to keep him occupied while he waited in line.He overheard many people talking about where they were going to go once they got their passports.A couple of minutes later he was shoved by a random person running through the line.He stayed quiet ignoring whoever did it.A couple of minutes later the same person shoved him again,Grey still ignored this,maybe they were lost or something of the sorts.A couple of seconds later again,you guessed it the same person bumped into him like they wanted his attention."Alright what do you want?!" He yelled at the person,It was a black haired lady."Oh i'm sorry i just wanted to tell you if you're getting a passport i know a faster way,you look to be very tired so i might as well show you to the front desk quickly." The lady said.Grey didn't really trust the lady as she was just a random person that kept on bumping into him.He refused and chose not to go,the lady begged for him to go with her to the front desk quickly.Grey really had nothing else to do,he just chose to do it."Fine i'll do it,just hurry up" He said to the lady,the lady was happy and showed him around the line,they passed alot of alley ways with stray cats but he could see the front desk,so he knew she was bringing him to the right way.He made it to the front desk,and the black haired lady disappeared.He ignored it and was met by the black haired lady he just saw a couple of seconds ago."Wait.. you work around here?" He asked the lady,the lady nodded and asked him if he wanted a passport and what guild he was in. "I'm Grey from the Light Guild Lamia Scale" He said.THe lady quickly made the passport and handed it to Grey.Grey was finally able to get out the line and get back to the guild.He walked to the guild with his passport in his pocket.
WC: 587
« View previous topic · View next topic »