Getting my passport violently [Job] 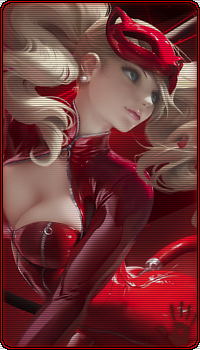 Getting my passport violently [Job]

With the masses of people passing through the sea side city of Hargeon, no one ever stopped to notice the odd looking feline that passed through the streets. Her golden eyes stopped every so often to look over select people that grabbed her interest, but never for more than a few seconds. A grumble eventually left the throat of the feline in the form of a light growl that caused a few that had noticed the little cat to back up some, at the hope it wouldn’t swat at them. ’Too much walking today.’ She thought to herself as she leapt from the streets she had walked upon previously up to one of the walls that had been along the path and eventually out of others sight. At the moment the only observers for her were those that lived in the grass around her, I,e animals and other lower life forms. Walking was getting annoying, so it was time to improves. As if it materialized from mid-air, a pillow of sorts formed before her. It was mostly grey with pulsing red lines passing through it. She stepped onto it, and sat in the middle of it. The lava cushion quickly heated to the perfect temperature as she began to float up above.

What was Syn up to this time? Well, something she sadly had to do. She needed to get a bloody passport simply to get around this damn world. So in this case she was on her way to the passport office to get the damn thing. For her she was going to have to make a pit stop. Off to the nearest food store! There was a cat like snicker as the cushion with her atop it began to move, directing her to the nearest food stand, which happened to be a fried fish stand. It smelt so good to her, and her mouth started to water as she hovered off to the back side of it. Little did she know she had a surprise coming.

She lowered down and slipped down below the building, and banished off the cushion before venturing in. Her nose led her off to one of the fryers that had their basket of goodies lifted out of the hot greese and had already cooled for her to consume, though little did she know about what was waiting on the ground. Keep in mind that Syn is just the standard size of a female Maincoon, and about 25 lbs. She’s big, but not that big.

Down on the ground a bark left the mouth of a canine that sounded large. There were those small dogs that could sound loud, but there was a distinct rumble to a bark that came from a really large dog, and in this case what was behind her. She turned with fish bit hanging from her whiskers. Her eyes went wide at the Pitbull that was there. In her head a switch starting to twitch. Death or Run switch. Burn everything, or run. She felt corner, and she couldn’t think of a way out. So what happens next? Death. Her body let out a hiss as her body began to take a shine similar to that of cooling lava before all ‘hell’ broke loose. She lept off to the side of the dog as it came at her. Her paws touched the ground and sunk in for a moment as lava spikes began to spread through the kitchen. A loud groan came from the other side of the wall. It was obviously human, but it was less of a concern. Her concern was on the dog, but it had already succumed to the wounds delivered from the lava, and couldn’t move.

Not to be a brat, but Syn did make her way into the office and noticed the already dead owner. She shifted into her humanoid form, clad in the tight red latex. She was going through his belongings before she found what she was in the town for, a passport. There was something she knew she could do if she asked, and that was to have to have it all changed so she could come and go. She assumed the pact bearers knew someone that could change the details later, just she needed to get out of there, which she did after changing back, and slipping out unheard. 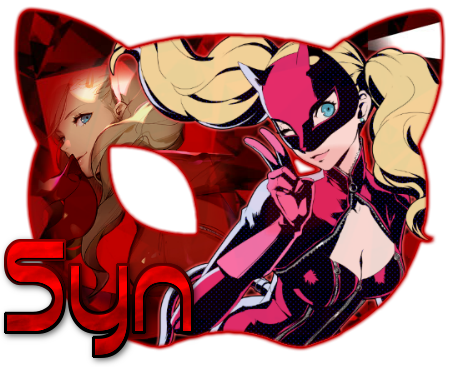