Deep in the heart of Savage Castle; it's location hidden and unknown to most. Chelvaric, the Demon Slaying Cat Wizard, would see a blue feathered; bright amber eyed blue jay land in his window. The bird had a long piece of parchment in it's talons; it was rolled up like a declaration, and had a wax seal on it bearing the symbol for 'Demon Slayer' on it.

The blue jay would land on a table in Chelvaric's room, filled with all of his foods, and roll the parchment with the ancient, and legendary spell inside of it towards Chelvaric as he was having lunch. The little blue jay would hop around the table a few times, and then chirp a few times at Chelvaric before eventually, flying out the window, leaving the scroll to him. Inside was an artistic drawing of the stances, magic gathering knowledge, and stance formations for the ancient spell. A small note from Heero would fall into Chelvaric's lap, written on a large leaf.

"Found this old scroll after I bumped into some rather rowdy Demons, they were out of my field of expertise, but I managed to take them down; one of the Demons had this on them! Wish you'd been there to help me take em down, next time I know about some Demons that need slaying, I'll be sure to give you a call; though we can't let our Guild Masters know. Haha, yes that was me as the bird. The symbols and stances for that Demon Slaying stuff made no sense to me; hope you can figure the spell out.

Your friend across enemy lines." 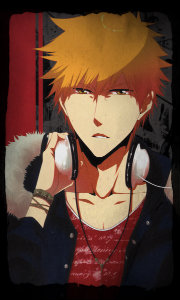 (Please note that when you rank up, you need to clear this out. They will not be exchangeable for EXP anymore after your Rank-Up Exam)

(Please note that when you rank up, you need to clear this out. They will not be exchangeable for EXP anymore after your Rank-Up Exam)