Well that's not very nice now is it.

Well that's not very nice now is it.

After a bit of an argument with himself and what now seemed like permanent living shadow they would find themselves near the outskirts of Hargeon Town, he scratched his head "Why is it I always end up back at this place...? it's almost like a magnetic pull" he sighed shaking his head, his white hair dancing like strands of dancing snow around his toned athletic form as he started walking towards the town but stopped as he was told that the city limits where closed and had guards at the, he couldn't help but wonder what was going on after all if it where the dark mages he had been hearing about then they would likely just blow up the walls and slaughter everyone and everything to get what they wanted, right?

Stopping in front of a guard, who turned and seemed somewhat nervous to see the white haired mage leaning forward with a sly smile on his face "Oh lords, not him again" he whispered under his breath, but this just made Advent chuckle a little on hearing his words "HI, AGAIN EDWARD! why can't I get in?" he asked poking the soldiers cheek as if he knew the guy. The other guards found themselves snickering because if he was bothering Edward it meant he wasn't doing it to them. Edward coughed taking a step back "I can't tell you" he said stiffly making Advent pout like a small child "Aw, come on... I've helped in the past" he almost whined like a small child "Yes, but the chaos you caused?" he retorted causing advent to scratch his head thinking "Come on it was only a few pigs..." he muttered remembering "That was more than a few pigs!" he snorted "I promise not to go near the pigs this time Edward... come on let me help... I brought... something with me..." he said turning pointing to Rhyolo "See?" he was pleading with the one known as Edward who finally sighed giving in. "Fine but no causing a hassle... I'm warning you!" he said bringing out a scroll.

True sins are the ones that you cannot atone for.
Golden Lacrima: Valid until December 8th 2019
Rhyolo

Rhyolo follows Advent to the border of Hargeon where gaurds were protecting it, prevent anyone from coming in or out. Rhyolo didn't know why but he had his own suspicions of dark mages. But from the looks of the gaurds Rhyolo would give them about 5 minutes naximum against a compotent dark wizard. They would be killed fairly easy due to the dark guilds killing without a thought. The two then reach the entrance blocked off by the mediochre looking gaurd. Rhyolo then listens to Advent talk to the gaurd named Edward, who seems to be annoyed at Advent for some reason that involved pigs. Thr other gaurd seem to be enjoying this as they are laughing at Edward's misery. The guard at first refuses entry in until Advent points to Rhyolo and says he brought something. Rhyolo then gets irritatedat the fact he was refered to as a thing and decides to speak up. "You do realize I'm an actual person and not an object, right?" Rhyolo then frowns a little. He then continues to listen the conversation between advent and Edward as he promises not to go near any pigs this time around. Edward the sighes giving into Advent's will. He then begrudgingly gives him permission to enter the town and then he pulls out a scroll that Rhyolo would guess is some sort of legal document allowing them to go into the city. Rhyolo felt a little sympathy for this guy becuase he knew exactly what Advent was like.
Wc 253/3750
_____________________________________________________________________________________ 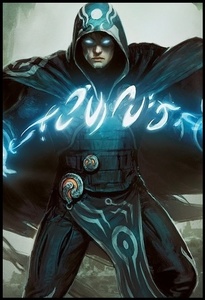 Hargeon town was James' home, and the place where his guild dwelt. Recently a ring of infamous slavers had been spotted in the area, so the town was on lock down. No body gets in, and no body gets out. James was stuck on the inside of Hargeon, searching for clues as to where the slavers might be set up. This task was especially vital to his guild, considering that they couldn't go out on jobs if their own town was infested with evil. Unfortunately, most members of Lamia Scale were out on missions, leaving James as the last noteworthy member in town. After living in these parts for some time, a guy tends to learn a thing or two about the locals, where to find information for example. James approached his old buddy Kregg's pawn shop to ask "Heard anything on these slavers? Bad business for the guild..." James informant gave a slight nod and replied "I don't know much, but I hear they are planning on moving some slaves and skipping town soon. They're trying to get the heat off of em. Over hard a few guys mention the ring leaders name, she calls herself Scarlet..." James thought to him-self, slowly repeating the name Scarlet. "Though Its not much, thanks. I'll see what I can find, I got a feeling there is gonna be a huge brawl soon." James said as he walked out the door, and began looking around the area. He breathed in the cold air realizing it would soon rain, water was his number one weakness. Any mage who could fight James in it would have an advantage.

For now Advent ignored what was being said to him as he opened the scroll and held it to the side tilting his head to the side, it was strange that he would be doing this but the guards had come to expect nothing different from the young white haired made "Seems that people are being kidnapped" he explained to the other a deep breath escaping his lips as he scratched his head "Well that's not very nice is it..." a smile on his face as he gave the scroll to the other to read as he walked forward into the city "I rename you Magnet Town" he muttered as he passed the gates and into the street to wait for the other "Now if I was a band of thugs where would I be?" it almost seemed like he was asking himself and to some extent he was.

"No, I wouldn't hide in a tree if I was a thug... people would be able to find me there easily! I'd go underground, there are mazes there it's easy to hide and easy for those looking for me to hid so ha!" he stated victoriously as he pulled a pose before looking back to see where the other was "Well yeah I know you are a person... animals are people too you know" he huffed crossing his arms, he had come to thing of the other as a living shadow and somewhat of an annoying pet, but strangely he was becoming accustomed to the others presence even if he was strange.

Advent tilted his head as he moved his head around "Hm, really? perhaps we can ask... I mean three heads are better than one and something right?" he stated dashing down the street as if he had the whole place memorised before coming to a screeching halt in front of a third made a smile on his face "Hay... I have a question for you... do you wanna help find stolen people?" he asked not knowing how to say it any other way he was quite straight to the point "If I was the thieves I would have went underground which is a great place to start because my living shadow doesn't like water." he said with a cheerful tone. "hu? Oh...?" he paused looking to the side "Yeah, sorry I forgot..." he turned his head back to the mage knocking his head a little "I'm Advent" he said finally introducing himself

True sins are the ones that you cannot atone for.
Golden Lacrima: Valid until December 8th 2019
Rhyolo

Rhyolo listens to Advent as he talks about the people being kidnapped. Rhyolo then clenches his fist at this because he asumes that they are being kidnapped and put into slavery. He thinks this mainly because of the port nearby and easy ability to transport them out of town easliy on a slave boat. The thought of enslaving innocent people just makes him sick to the core. Rhyolo almost loses his composure so he then calms himself down and breathes. Rhyolo then listens to Advent as he tried to find out where the criminals would be hiding. He then lists off random hiding places and sees if they would be good. He was almost like a detective. After a while Advent then says something about three heads being better than two. He then suddenly just darts down the street. Rhyolo barley  had any time to react before running after his crazed lunatic of a partner. The young mage comes to a jump stop when he sees his white haired friend stop in his tracks to talk to a random person he has never seen before. Rhyolo then listen to Advent introduce himself and basically drag this random person into their job. He then also hears him call him his living shadow. Rhyolo then groans deeply and says , "I am not your living shadow. Geez Advent. Also you just can't  just go up to random people and basically just drag them imto this type of thing. We could potentially be dealing wuth stuff that could kill us." Rhyolo the turns to look at the guys Advent just walked to. "Sorry about my friend here."