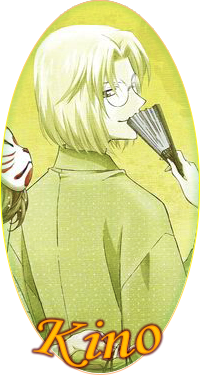 Kino steps off the train gazing

out at the beautiful spa town of

Hosenka. He had heard of a local

establishment which was well known

for its wonderfully sweet

the crowded and lively streets

Kino arrives at the bustling diner

where he is lucky to even find a

tender dinner and calls the

that only one ginger bread man is

left kino quickly orders it as not

to lose out on the wonderful

dessert he has heard so much

about.the waitress brings out the

plate with the ginger bread man as

well as bowl of ice cream.Kino

in his eyes,kino grabs his fork

and atempts to take a piece of the

plate moves and the ginger bread

man stands up laughs and says you

are not the muffin man.with great

bravado and speed the ginger bread

man leaps off of the table and

runs out the door,kino leave the

money for the food and looks at

the door no dessert is going to

run away from me kino proclaims as

he runs into the street to begin

the chase.Kino emerges through the

door of the diner to find panicked

srieks in the streets as the

clutching his star sword at his

side he knows that he has to stop

this creature from running

man running into the clothing

chaos ensues as the ginger bread

man laughs and says you are not

going to catch me muffin man and

begins to toss all sorts of

clothes at kino.Kino draws his

sword and begins to swin it

knocking the clothes aside except

for a hat which he grabs and

places on his head,he reaches the

him,but to kinos surprise the

jumps over him and burst out the

door and onto the streets

again.Kino removes the hat and

asks the owner if they will hold