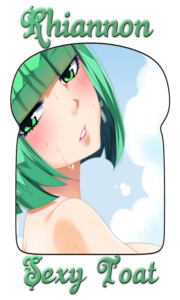 Nessa planed to go to 'Bosco' because she was told to go there for guild reasons. Normally she wouldn't do what she's demand to do but this time was different, they have books on ancient languages in their old library in that place or at lest that was the information she gotten from a letter. As well as at the end of the letter said even if you were to swim there you will need a passport. Nessa had gotten confused at what a passport was and when to the guild hall of Basilisk Fang to get some information from one of the members there.

After a little while, Nessa had finally found out what a passport was, what its used for, and had been lucky enough to know where to get one. The only thing that was odd about the information she had got from her fellow members. One of them said that she would have to use the name of a legal guild in stand of Basilisk Fang. The didn't care really for any guild not even her own but it seemed that at lest they didn't question her of where she was going or tried to control her in anyway like most guilds demand of their members. Back to getting a passport for her self so off to Hargeon Town she goes.

Some time later that day Nessa had arrived at the start of a town and it had a sign that read 'Hargeon Town'. "Finally! One step closer to those lovely language books" she jumped with joy an sparkles in her eyes. Rushing into the town an looking for the docks was her goal because that's where she was told that she could get a passport. Nessa had found the docks but her eyes had widen with shock of what she saw before her. She could barely see the head of the lane that end of the pear. While the end of the land was almost to the start of the pear were its connected to the land its self.

Nessa let out a loud sigh because the it seemed like she would never be though with this line soon enough. She had been standing an waiting it in for what almost felt like forever, when really it had only been like three hours or so. As she had sighed once more someone had been walking down the side of the giant line telling them all that they only had a few passport left. The line was down the middle of the pear so that those who have already got theirs can walk back off on one side while the other side was used for the staff that was giving them out to let everyone know whats going on. "I'm getting one of those last passports" she nearly yelled so loudly for the whole town be hide pear could hear Nessa's voice.

Nessa had began to come up with a very nasty idea which had put a wicked grin on her face. Her whole body be vibrate violently, then she focus mostly all of her vibrate down to her left foot. Nessa lifted up her legs and stomped her vibrating foot down hard of the wood of the pear below her feet. This caused the middle of all the wood in a straight line in front of her up to the table at the end where they are handing out the passports from to shake so much that they crack and break away. Without anything to hold up those in front of her in the line, they had all fell into the ocean below.

Nessa took a moment to let the vibrates in her foot to clam down enough to walk on it without shaking the rest of the wood that the pear was made of to break apart. After a few moments later, she walked up the staff side of the pear and to the table to get her passport. She had it filled out as 'Rhiannon' for the name which was her nickname and had the guild put as 'Lamia Scale' because she had heard that name from a few of the members of her own guild the other day.