The lamia effortlessly shifts across the sand that lead to the village. Hebisha has honestly no idea why she even agreed to helping these people. One moment she was just getting books that the blind could read and the next moment she was being stalked but an old man who wanted to get her attention. The lamia has no interest in helping that man, the Rune Knights could do it, but Hebisha nonetheless agreed. Why did she even bother to have feelings when she does not even know that she can express it. The lamia sighed again, her 8 swords' hilts glimmering brightly. The serpentine body shifts fluidly across the boiling sand. What an inconvinient weather to even do this. Eventually the lamia skids to a halt and her momentum kicks up some sand with her long snake tail. The lamia veers back to gain some height. Definitely as the old man had said, barricaded, with bandits armed to the teeth, literally. Hebisha may not be able to see but she can see heat and taste the metal.

RIP Character, it was nice making you: 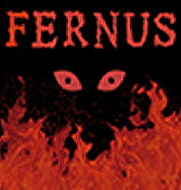 "So, 8 swords, huh? Whatever suits you I guess. Hebisha's a cool name, never met a lamia before, never met a blind person before either." Fernus could tell that Hebisha wasn't interested in small talk. "So, that's the village, huh? Damn bastards, what do they think gives them the right to loot this place. I know you can't see it, but those are graves they're digging up, you can smell it, can't you? Those are bodies, not skeletons, not cadavers, bodies. Not even decomposed yet, it makes me sick, these assholes are going to get one hell of a beating for this." As Fernus looked upon the town from a nearby rock formation, he could tell this would be a challenge, it was his first real job after all. Unofficial or not, this was going to be an important milestone in his journey. As Fernus created a few platforms for the group to fly on, Fernus called back to the other wizard of the trio. "You coming?" With that, the group was on their way to Quanny Village.