Let Us Dance Among the Petals, in the Moonlight Shadow

Let Us Dance Among the Petals, in the Moonlight Shadow

After Kenna had received the message of the sudden appearance of cherry blossom trees in and around Rose Garden, the young maiden had been reminded of the beauty she'd witnessed back in Sakuramori. She was truly fond of how the petals rained down upon the path she'd followed back there, how she'd promised Gramr to visit the forest again while off duty, but hadn't found enough free time to actually do so. Now with Rose Garden in similar state, the Etherborn had opted to actually visit Rose Garden with the church grim. That was until news came of how much of a nuisance the petals had become; it had seemed almost magical, but the trees never withered, and no matter how much petals they lost, the trees never went bare. The message had been sent to every guild and in available all over Fiore, in the hope of finding people who'd come help get rid of this beautiful, yet supernatural phenomenon.

Kenna herself had been in Ace of Spades to help rebuild the town after the guild had plummeted from the sky. With Avide at her side they'd watched over the town and at night taken turns to protect some more vulnerable shops from those with ill intent. Avide; a 50m tall silver dragon with large crimson horns, had been her saviour when it all had occurred, and had refused to leave her side when the letter of assistance for Rose Garden had come. Leaving the matters in Ace of Spades to the others representing Sabertooth, Kenna had taken the sky by night together with her enormous companion. In only half a day's time she'd closed in on her targeted city and gazed upon the gentle pink areas dotting the vicinity around it. It was curious to see all these pink areas being clustered around the entrances and roads leading from and to Rose Garden... as if they were put there on purpose.

"Let's go down for a bit, Avide... I'd like to check it up from closeby." The large silver dragon let out gentle grunt and quickly lowered its height towards an area wide enough to land. His landing unto the ground was paired with an audible tremor, and the ground cracking underneath its mighty claws. Kenna slid down his neck and hopped off as well, taking in the area around her while breathing in deeply. She smiled. No matter whether these cherry blossoms were of of regular or magical nature, their scent never disappointed. The Etherborn turned back at Avide and scratched the scales underneath his chin. "I really love Cherry Blossom trees... These are but a few, but I promise you I'll show you a forest full of these... and we'll visit them with everyone." She said gently, allowing herself some extra time to take in the magnificent view before getting briefed at the city hall about what was supposed to be happening from this point on. 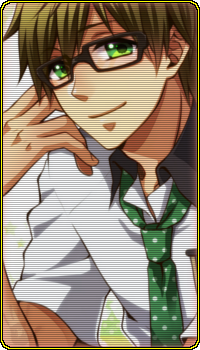 After having taken more time to gaze upon the beautiful petals gently drifting down upon the wind’s currents, Kenna sighed and stood up. She’d sat down underneath a tree, and as big and clumsily as Avide could’ve mustered, had twirled his body around both his master and the tree, which gave quite a comical sight. Or at least so she thought, as the large dragon barely fit underneath it with its head alone. Patting her new companion, Kenna ordered him to take the sky by surprise rather than to remain on the ground. People would start asking questions if he were to wait here on his own, and she wasn’t all too keen on explaining everything, nor to exploit the details of her gaining his trust to any official with the possible thought of wanting to slay or exterminate him. The dragon sighed and nodded, rather having ventured into the city with his master than to leave her side, but obeyed the order and beat its wings a single time before disappearing into the sky. Kenna watched until Avide had become a mere dot in the sky, and a pleased smile playing on her lips before turning on the back of her heels and returning to the road leading into the city.

The city of Rose Garden was as packed and busy as it ever was; recalling she had been here another time before, or so she thought; it was not that she actually remembered coming here, but the city seemed familiar. It’s crowded streets, the lacrima lampposts in various colors, the many cafes and terraces, music resonating on every few corner of the larger streets, it’s rowdy masses… somehow she didn’t bother feeling cautious here. The buffed up bouncers that guarded the doors of certain pubs even at this hour of the day didn’t particularly frighten her. Walking past the large gates she noticed that here too the entire path was covered with petals, but much more so than outside of town. Many people walked about carefully, while further away several slipped and held unto whatever was near enough for dear life in order to not crash unto the ground. She chuckled as she saw someone dragging a row of friends down in his fall; the most futile attempt at saving his own ass, but created a lot of hilarity for the bystanders who saw it all happening.

The denser the carpet of petals became, the lesser people ventured through those parts of town. Kenna too threaded carefully among the twirling pink floral rain, enjoying every single petal that brushed past her skin. Without much trouble however she soon found herself in a part of the city where only a few people wandered; beside her a hooded individual that was hunched forward and shuffled along, making the Etherborn think the one underneath the hood was an elderly person. It seemed a bit dangerous with how slippery these roads were at the moment, so Kenna decided to keep a good eye on the person and even slowed down so, acting as if she was searching for something in the pocket on her hip in order to justify letting the elderly pass her by at her pace. These thoughts hadn’t even left her mind or fate decided to give her her right; the hooded person seemed to lose balance, and steadily tilted backwards. Kenna stepped up and placed a steady hand on the elderly’s back, putting enough force in it to push her back into balance. ”Watch out my friend, or you might actually break something if you fall like that.” The Etherborn said with a gentle voice, holding unto the hooded person till they were back on their feet and seemed stable. She then nodded without looking them in the face, believing it to be impolite, and gave a little smile before continuing on her way, leaving with only a simple ”Be careful out there.”

And thus she went on, trotting through the streets, gently putting her feet on the bits of pavement that were left uncovered by the many petals. She almost seemed to be dancing as she moved, step by step going faster and faster whilst becoming unaware of the people around her. Having too much fun doing what she did she didn’t notice how the air suddenly filled with a mesmerizing tune, unconsciously leading her towards its source. As she drew closer the masses grew again, all wondering where this divine singing came from.She halted in her steps and when coming to a standstill looked in awe as a fairly-attractive young man stood atop a bench and sung a beautiful song about, ironically, sakura trees. It was if nature knew that the song was dedicated to them, as the petals of the sakura trees danced on the tunes of his lovely voice as they fell; a single ray of sun seemed to focus on his presence alone, while golden feathers twirled down unto the listening masses, all awed by this brunette. Kenna held out her hand, a single feather descending into her palm; she looked at it with her golden eyes, smiled, and then clenched her hand around it. The feather disappeared in a small flight of orbs as she did so, and the Etherborn changed course to check on the young man. She made her way through the crowds in the back and waited till the man had ceased singing before stepping in closer. ”That was absolutely amazing! You have a lovely soothing voice… as if nature itself was bending to your vocal prowess.” Kenna said with a smile, extending her hand towards the young male before her. "Ah, where are my manners! My name is Kenna Terrynhain, pleased to meet you."