Megalos....felt off. The world around him felt dizzying. He wasn't quite sure where he was or how he'd gotten there. He could vaguely make out the sounds of the trees around him calling out in panic. He tripped over his own feet only to be caught by two suddenly outstretched branches from the ancient Cherry Blossom tree that appeared in front of his slowly steadying gaze. Steady now Kingling, came the ancients voice. "W-what," Megalos gulped his throat nearly dry. "What's going on?" Megalos felt green and after looking down at himself realized it was more than just a feeling. His body had taken on a leafish/woodish texture and a green tinge. Troubled is the Head that wears the Crown. You are growing... and so too is your power. I have pulled a few mages into the forest ang began guiding them to you. Rest Kingling they may be able to help you. Megalos grunted as he began to GROW. He grew to until he was taller even than the ancient Cherry Blossom Tree and there he sat dis concertedly waiting for someone to help as his magic swirled around inside him causing him internal pains. 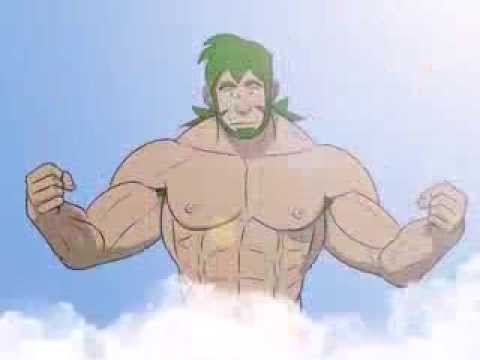 Once a promise was made, a promise should be kept. And since Kenna had ended up promising both Avide AND Garmr she'd be taking them to see the magnificence of the Sakuramori forest, she had taken this chance to take both out to see them. Not that she'd complain though, it wasn't that much of a secret that she adored cherry blossom trees. Ever since having visited Sakuramori for the first time, kenna had fallen deeply for the serene beauty and majestic view of this natural phenomenon. Especially now her magic had started to evolve, going back to a place breaming with ethernano would prove to do her well.

Thus the Etherborn had set out with Garmr, her Church Grim; a large black hound standing at an impressive four feet in height and 6 feet in length. Long hair that could be easily ruffled through. He sat beside her on Avide's back, curled up closely against his master, not willing to watch as the world beneath them flashed by. Avide had no issues with it; he was a large silver dragon spawning 50m in length, and sported crimson horns that were double the size of a regular human being. It had been an issue to run around with such a large beast as companion, but after what had taken place in Nightmare Village when they were out to capture a young girl, Avide had shown the ability to retract within her shadow when needed. Right now however the large dragon functioned as a means of safe transportation, which always came in handy.

"Huh whosit...?" Mega looked down at the tiny lady with the dragon and her dog. It has been quite a while since he'd seen a dragon so he stared at it for a bit before turning to the lady. It was only then that he noticed his sudden height. He bent down slowly and painfully to the newcomer. "Megalos  is the name....I've.... been better." Suddenly he shrunk down to 7 feet, then his arms and legs grew until he was  half the height of the tree, then they shrunk until they were smaller then his body before his head grew way too big and after a moment standing there as a life-sized bobble head he grew again until he was the giant he'd been when the lady had first come. No longer quite capable of "chatting" and started to groan incomprehensibly leaning against the nurturing ancient Cherry Blossom Tree who was attempting to make soothing and comforting noises to the distraught and pain riddled giant.
_____________________________________________________________________________________

Kenna frowned as the thunderous voice of the giant nearly burst her eardrums, but figured that with such a body he couldn't control the loudness of it at the least. Having landed a bit earlier after making her presence known, the giant had bent down to introduce himself, although she didn't truly understand how with his lung-capacity hearing him wouldn't have been an issue in the slightest. The Etherborn put on a smile and introduced herself in a loud voice so Megalos, as he had introduced himself as, would be certain to hear it. "My name is Kenna, Kenna Terrynhain, a member from the Sabertooth guild."

She however hadn't expected that before he could answer, Megalos seemed to writhe in pain before shrinking back down to regular length, how his head grew to such sizes that he'd become a bobble-head of sorts, and to then return back to his giant form. Kenna wanted to help him out by using Avide as a step-up, yet decided against it and instead had him vaporize into her shadow once more, only leaving Garmr, her dog, with her. "Megálos! uhm... wait, maybe this will help," She said without much thought, getting closer to his giant body and gently touching his leg. Small magic circles appeared within her eyes as she extended her hand towards him and blew into the empty palm, her magic materializing in a small cloud of multi-florescent dust that swirled up against him. It was her newest healing spell, although she knew not what its effects were, and how much it would help Megálos in his pain. The pained groans worried the mage, even though she'd just met the man. "This may be odd, but this dust should help you deal with the pain... well, I hope it does. I'll stay here to help you through it though, that's a promise." Kenna said while looking up and giving him a comforting look.
_____________________________________________________________________________________

Megálos felt alot of the pain he was experiencing ebb away grudgingly and he relaxed a bit accidently growing another 10 feet in the process. "What kindness you show miss and to a complete stranger!" Megálos sighed slightly happy at finding a silver lining. "So there are still humans like this after all." Megálos tapped one of his giant fingers on the ground and from the finger came a pulse of magical energy and the prince of the Phoenixes, Prince Fotia, Megalos's comrade and a giant owl, guardian of the garden of knowledge in the lost kingdom of Eden, appeared on the ground where the finger had just been. "Prince Fotia, prince of the Phoenixes and Atéleioti Gnósi, the guardian of the garden of knowledge in the lost forbidden kingdom of Ede where none but mother nature and her chosen may tread. These are two of my closest companions. Now I have a request of you miss. It seems the good mother has left me some troublesome abilities. Atéleioti Gnósi knows more than almost any being in existence and with my express permission he can answer three questions of almost anything. But it'd be easier if my friend Prince Fotia explained. He has telepathic speech so it might be easier." With a nod from Megálos the phoenix reached out and conveyed the guardian owl's ability into the young lady's mind:

ABILITY I: TO HE WHOM KNOWS:
Rank: Weak

Description: Regardless of how many times summoned this ability only allows user to ask 3 question per day. Question can be anything so long as the information is not guarded by magic a rank or more higher than the users. User only gets three questions and when he wants to ask a question using this ability he must specify by saying before the question. "I inquire to He Who Knows: ...." After three questions you cannot ask anymore questions in regards to this ability and get an absolute answer but those who can speak to him can still ask normal questions abut knowledge he has experienced or can experience in the thread. Questions cannot be rolled over any question gone unused one day is just wasted.

After conveying the message the prince flew steadily up to Megalos's giant head and nested himself comfortably in a nice warm patch of his wild green hair. "Well that being said wording the questions right is the tricky bit. The inhabitants of the garden of knowledge can be picky especially when it comes to information." Megálos leaned back slightly against the ancient tree who had fallen asleep not to long after the young lady arrived, an half closed his eyes as the air decided to pick that moment to start telling him a story about a powerful mage they had seen not to far from where they were but the different winds were notorious for having different reproductions of the same story which made it hard to figure out who was telling the truth although the North wind tended to be the truest normally.