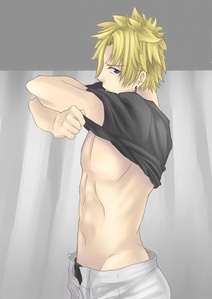 **If approved, I will post the story in the Spooky Forest section :)

Story: It was Sunday, and Wolf had been working out. Sunday was his cardio day, so he went to do a triathlon in the Spooky Forest. After a while, he got lost. Then, he noticed it. A baby blue egg with white engravings on it caught the corner of Wolf's eyes, and he rushed over to examine it closer. Right then, a spine-chilling hiss occurred; which was proceeded by a demon-like creature popping out of a bush. It used its telepathy powers to levitate the egg and bring it to the monstrous creature. Thinking the egg was the monster's child, Wolf almost let it go and was about to race out of there, but he realized the demon was attempting to eat the egg. Wolf threw himself at the demon, and he managed to get the egg out of the demon's hands. He ran like he never had before, and after 15 minutes of running, he thought he had lost whatever that thing was. Wrong. It jumped right in front of him and bit Wolf's arm. Wolf dropped the very durable egg, which surprisingly didn't break, and he fell to the ground, watching his arm throb. It began to turn purple, and Wolf at first thought he was transforming into a demon, but then figured out his arm's blood had frozen. For the eggs sake, he persevered and chased the creature. He once read in a book that human blood could immobilize Spooky Forest Demons, so he used his hardened, frozen-blooded arm's throbbing and sharpened nail to cut open his other arm and he jumped onto the hideous beast. He smeared the blood all over the creature, and took the egg, limping to a nearby clinic. He had his arm fixed and restored to its natural, normal state; and then asked the doctor to check the egg for signs of it being in pain. She told him it was a teacup-canine-drake hybrid egg, proclaiming it must have fallen from the skies of a dimension similar to Edolas. She told him that he should take the egg under his wing, as she analyzed the egg to check for no dark blood in its system, which checked clear. Feeling sympathetic for the abandoned egg, he decided to do so, and he took it back home so he could raise it. Wolf named his newfound companion Skipper. 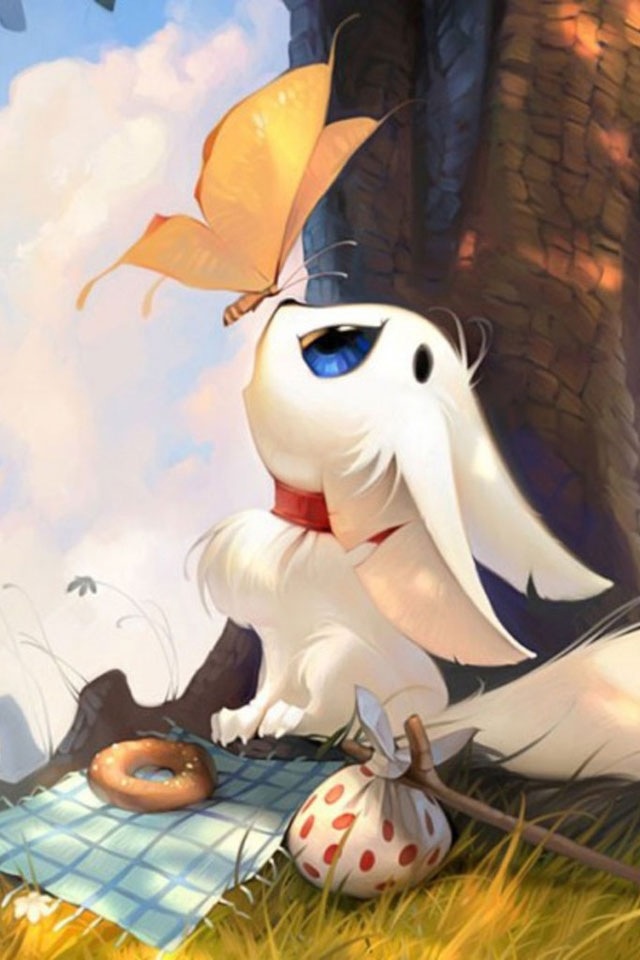 **Skipper is the dog on the right if you got confused  :P 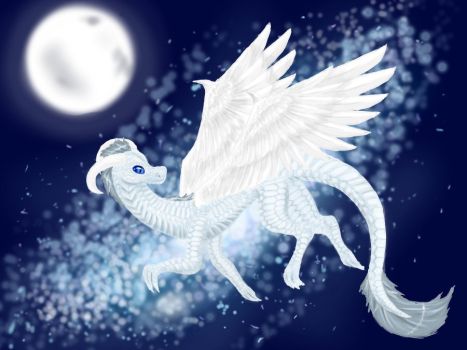 Description: Skipper is a teacup canine-drake hybrid; meaning, like Panther Lily, (Gajeel's pet Exceed), can switch between two forms, his normal form, which is his canine form, and his battle form, which is his drake form. Skipper is like Plue, (Lucy's pet snowman-puppy), where he is like any other pet in the real world who can't actually talk to their owners in human language, but they can communicate through gestures which a lot of domesticated pets actually do to (Ex: wait for the door when they want to go to the bathroom or for a walk.) Wolf taught Skipper all of the tricks in the book, besides a few of these:

Description: Whenever Wolf says "Battle Form" to Skipper, Skipper transforms into his battle form, where Skipper can ride on him, as he has wings in this form, or have Skipper help him with Skipper's few battle abilitites... (Wolf can ride Skipper, as Skipper flies, and command him to travel in any direction or dodge an attack.)
Duration: However long the battle lasts
Cooldown: N/A--Signature Spell
Strengths:

Description: Whenever Wolf tells Skipper to "go into Invincible Mode!", Skipper goes into this mode where he becomes invisible and can't be harmed by his opponents. Once his owner, Wolf, claps his hands twice, Skipper re-appears.
Duration: For as long as the battle goes
Cooldown: The next 4 posts of Wolf and Skipper's next battle together.
Strengths: 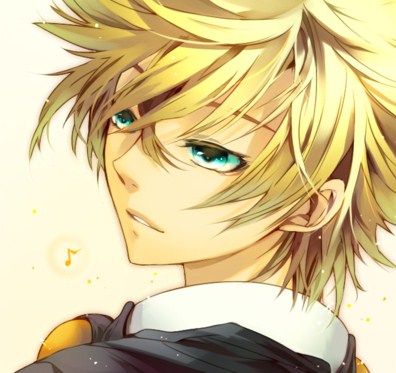