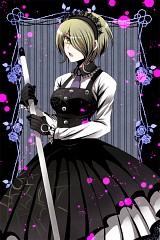 As some of you have read, the first major plot I plan on pursuing with Lilica is a murder mystery plot. If you are interested in joining the plot in one of the following four positions, please PM me a message stating your top four wanted positions (or just what position you want) and wait to have been approved for a position. Once you are, please go to the Kardia Cathedral, and post in this thread to participate in the murder mystery.

Position 1 : Worshiper at the alter when Lilica first runs down the stairs
Position 2 : Person in the Left wing at the time Lilica finds the body
Position 3 : Person from any guild collecting a donation from the church
Position 4 : Suspicious person pulled in by clergy man

NOTES ABOUT THE MYSTERY :

1. The killer could be anyone, Lilica, an NPC, or even one of the positions which haven't been listed. If you are the killer, do not even say it in post. Act as your character would if they had been trying to get away with murder.

2. We will be following a posting order for this. I will literally make a new thread if one of you, who have signed up, leave.

3. While both legal and illegal mages may sign up for this, I'd prefer if you were illegal to at least give a reason why your name hasn't spread to Kardia Cathedral. Even if said reason is (I haven't done enough evil to be infamous yet) Or be in disguise

There is no known passageway in between the halls of the Left Wing, and halls of the Right wing. The only person who would have had knowledge of such a passage would be Baptise Archfiend.

Antimagic sentries are located on the door of every room in the Right hall. These sentries are in the form of invisible circles that have been drawn by an Eldritch Antimage known as Eve, who attempted to limit the magic the Church would be able to use.

A young deacon who had come to the Cathedral as the designated meeting place for giving out donations. Apparently, a mage (from the guild that the person who takes this position belongs to) helped his son escape a few bandits, and he wanted to pay him for his services in person. Suspiciously enough, he has vampire teeth.

Bishop Radwell:
Bishop Radwell is a huge bumfuzzle. There may truly exist no other adjectives to descirbe such a bumfuzzling bumfuzzle. He will often attempt to flirt with any and everyone (regardless of gender) who walks into the Cathedral. He literally spends all his time there, and shouldn't even really be called a Bishop. He however, has been promised the position of ArchBishop, in the instant that Baptise Archfiend dies.

Liberty "?:
A young girl who wheres tattered clothing. SHe has snow white hair, and a rough childhood. She will speak to whoever is worshiping at the alter, and will stay by their side throughout the entire endeavor. The girl hides many things. Her past, her name, and her true colors.

Arcamedeus & Flan :
Two young men known as naysayers to the Cathedral. Both will see Lilica alone with the dead body, and flee downstairs to tell Deacon Ich Lug. This may prompt a conversation between the person who is receiving a donation and them. Each one is actually a very talented, yet young mage. While there will be no actual combat in this thread, if a small "scuffle" occurs they must always be written to match whoever's power they pissed off this time

Both of them are very crass, and will not pull any punches. 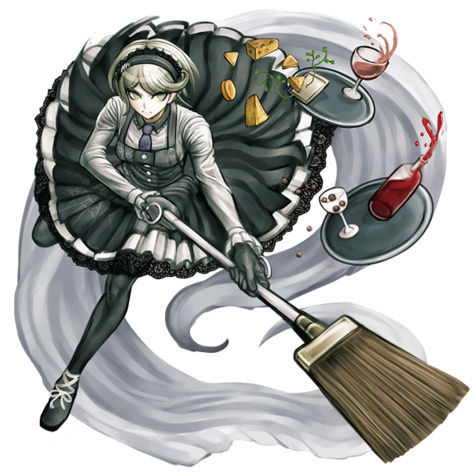