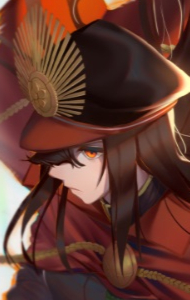 Job Title: A Strange Occurrence On The Shore
Rank: D
Player Requirements: 1x Any rank of mage, no limit to how many can participate. 500 words per person. 5 rolls per person involved. Boss counts a 2 strong.
Job Requirements: Explore the shoreline and find out what is going on.
Job Location: Any shoreline in Earthland. (Islands, port towns, etc.)
Job Description: Word of strange occurrences on the shoreline has reached your ears. Any number of people are willing to pay to find out was going on, but just plain curiousity may also be the reason for one to go and find out what is going on.
Enemies:
All enemies appear dead at first, as HUNDREDS of aquatic wildlife are on the shore for some reason. Nothing is wrong with them besides that they are out of the water. Attempts to put them back in the water will result in them beaching themselves again and attacking anyway.
Weak:
Dying Fish x5; A large fish(your choice on what it is) is out of the water, aggressively attacking anything near it out of fear. Takes any 1 hit of damage to kill, due to how weak it is. They deal no damage and are a minor inconvenience. 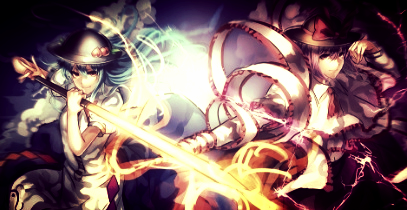 In search of money and some fun to break out her boredom, a girl from the dark guild Savage Skull took a boring job in hopes it could alleviate her needs. Dusk, minutes after taking this job, immediately encountered herself with the situation; a bunch of dead fish, sharks, and a whole in the surroundings of a dock, where a great number of trains could send sea products all over the kingdom. Some of the fish dashed towards the girls, trying to damage her by first glance, but the girl was really skillful, dealing punches until all fishes returned to the sea, to no avail. With all the creatures returning to the girl, she reacted by dealing punches against every one of them, killing all in hopes they couldn't return to the sea without them trying to counterattack again. Dusk, believing all enemies are now dead, was surprised by the return of two fishes who dealt damage to her body. In a state of rage, she rushed against both and clashed their body against the rails in the dock, while moving them directly to the sea where they belong. "Oi, oi, don't fuck with me, you smelly fish. Return now!" She supposed the fight was over, but indeed, it was her error. One shark went to attack her, using its tail to tackle against her chest. The girl took damage but made sure to deal more three punches to the shark and kick him to the slumbers of the sea. Another one prepared itself to avenge the member of his species. "Heh, avenging your little friend?" Underestimating the creature, Dusk received one of his bites right on her left shoulder, making the girl squeal in pain from the damage. She readily used her fists to punch the shark reportedly, until it died from the heavy strikes it received from the girl. In the last attempt of survival, the dying shark moved its tail against the girl, but she promptly took it and removed the appendage with all of her strength. "This bastard..." With the rest of the enemies defeated, there was only one left. It was a whale, but in contrast, it wasn't bleeding and it was not even damaged. As the girl rushed towards the creature, she received a rigid blow in her face, but she also counterattacked against the whale as she received the attack with a rigid punch. As both enemies threw each other away, it was her chance to deal more attacks aganst the creature; three punches in a consecutive roll, doing half of its entire damage. But as the damage took effect, Dusk was launched towards a wagoon by the hands of the whale, receiving more or less, 60% worth her health. The girl, really damaged, focused her magical energy and activated her ability, Microwave; giving 10% of extra damage in exchange of 10% MP per use. First, the girl focused an electric currency in her hands, launching a blast of lightning, dealing more or less, 30 HP of damage; the whale had only 30 HP left after this attack. As the girl prepared for the last blow, she started to crystallize all light around her fist in the form of an arrow, launching it against the creature. "Absolute crystal arrow, shoot!" The arrow pierced the whale, and the impact blew the creature against the sea and burrying it deep into the corals living inside it. "Go to heaven, damn whale."

And after a while, after finishing the job, she received her reward.

Spoiler:
Microwave (Active)
This ability increases the temperature of spells with burning effects by 10%, the same for the scale of damage done by them. In short, a burning spell dealing 20 HP of damage will deal 30 HP while this ability is active (duration of 5 posts), giving the user a short buff in their magical strenght. However, the use of MP increases by +10%.

Name: Einstein Blast.
Rank: D.
Type: Offensive.
Duration: Instantly.
Cooldown: 2 post.
Description: After creating an electric current by using both hands, a blast of lightning (measuring 20 by 20 cm) is launched towards the enemy at a speed of 5 m/s and with a range of 15 meters, dealing 20 HP of burning damage.
Strengths: It can deal burning damage.
Weaknesses: This can be reflected by Mirror Magic.
Metallic materials can attract the lightning blast.

Name: Photocrysalis Shoot
Rank: D.
Type: Offensive.
Duration: Instantly.
Cooldown: 2 posts.
Description: Using their arm as a recipient, the users can crystalize all photons next to said arm. After this process, the crystallized photons begin to take shape of an arrow, seconds before it is shot. It travels at a speed of 5 m/s, with a range of 15 meters, has the size of a human fist, and deals 20 HP of burning damage. However, this can easily be broken by time-space spells (gravity and time acceleration).
Strengths: This spell deals burning-type damage.
Weaknesses: Time-space magic can bypass this spell.
The crystallization can take up to 10 seconds of delay.