I'M IN LOVE WITH MY OWN SINS ♠ mystery training, private

I'M IN LOVE WITH MY OWN SINS ♠ mystery training, private

So for once the weasel was sleeping in his room, and he heard a slight rustle, like from paper or something. He perked up, lifting his small furred head, looking towards the door with bright blue sleepy eyes. The weasel twitched his little orange ears, blinking the fogginess from his eyes he stood up on his four legs. Hopping to the floor with barely a noise, he walked over to the door and looked at a little envelope which had made it's way through the little crack underneath his door. He stared at it for a good minute, still only half awake. A letter, a thing humans used to deliver information to each other with words on a paper. That's nice, someone decided to send him a letter, sucks that he can't read.
Guess he would get somebody else, so he decided to bug his friend, who wouldn't really agree on being his friend. He picked up the letter in his mouth and made his way up to the rooftop garden, where he could usually find Seika. There she was, he greeted her rather muffled cause of the letter in his mouth. She seemed rather apathetic and didn't really seem like she wanted to help him out when he asked. But I guess she knew he would leave her alone if she read it for him, so she did. It turned out to be a letter from their guildmaster, Izayuki, asking him to come to Sakuramori for some 'training'. That sounded fun, so after thanking and saying goodbye to Seika he ran and hopped off the roof. Transforming into his human form midair, and landing swiftly with a squat on the ground. Then he set out towards the sakura forest that was owned by Black Rose, the place where he was told to go for this challenge or whatever. I mean he could've questioned it, but he didn't, it sounded fun. Plus he didn't have anything better to do with his time.
Took a while for him to finally arrive, considering he didn't even know where it was, yet didn't try and ask for directions from somebody. Plus it was nice to just stop and smell the roses once and a while. He walked into the grove, observing the trees' bright pink petals flutter from the slight breeze. "Helloooo" he called out, not sure whether people were there or not, his nose was quite full of the scent from the trees. And he was slightly distracted due to his hungry stomach, cause he forgot to eat breakfast.

Re: I'M IN LOVE WITH MY OWN SINS ♠ mystery training, private 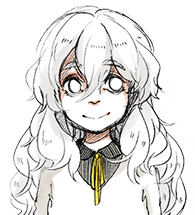 Another day, another adventure! Some people indeed had it like that. Though little Charlotte was not one of them. She still wished for something like that, however. She was a dreamer, one that wanted a life filled with excitement and adventure! And yet, she wasn't able to comprehend the dangers that came with it all. Which hopefully meant that the adventure that was ahead of her today would not have ony of said dangers. Seth already knew of course, but they would never tell ahead of time. That would be mean spoilers after all. It didn't take too long before the young pale witch managed to find a mysterious piece of paper that was slid below the doors to her home. No one but her was inside of this place yet, so it was even surprising that the letter found it's way here. And as the girl ran down the pure white, almost painfully shining hall, a voice echoed from one of the rooms.

"I heard something strange, Charlotte. Are you playing again, dear? I thought you said you would go help Ozz with his simulation of human extinction?"

It was a warm and calm voice, one that the girl knew very well. She picked the letter and started reading it, quickly finding out that she was apparently wanted in a place that was owned by her guild. A special training it said. But not of what kind. This excited the young girl, as she quickly imagined this would be a grand and jolly adventure! This was truly wondrous! Only good things could come out of this, and while the girl wasn't even capable of properly controlling her own magic, she still decided that she should go, see what all of this was about. After all, the one who was signed was none other than her guild master! Someone who's attention was quite unique.

"I wanted to help him, but it looks like I'm needed elsewhere. Take care of the house for me while I'm gone, alright Krampus? I'll be back soon!"

Informing whoever was in the other room about all this in rather exited voice, the girl did not wait one bit and bursted out the doors. The way to Sakuramori was thankfully not that long, so she managed to arrive safe and still in one piece! That was a good start to whatever training she would be subjected to. Here was also hoping that she would not embarrass herself too much in front of other people because of the fact that she was somewhat incapable of much. She was working on making herself better, and that was hopefully what counted. Though she was not the first one here! In the distance, she saw another figure that appeared quite familiar to her. While she never spoke to him, she remembered him. Another member of Black Rose. If she recalled correctly, he was called Itazura. Getting up behind him, she would speak up.