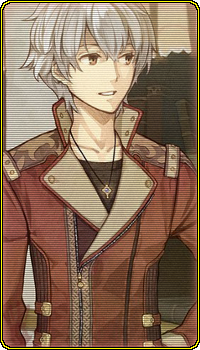 Job info:
Job Title: Blood Drive!
Rank: D Rank
Player Requirements: Any Rank, Legal Mages Only
Job Requirements: 500 words per player, +200 words per player beyond the first
Job Location: Rose Garden
Job Description:
The time has come for Rose Garden's blood drive! The person running it has asked for legal mages to assist in doing the drive to make the patients feel a bit more at ease. They have a list of all legal mages, and the dress code requires no hats or hoods to be worn inside. Dark mages are instantly arrested, but those with a neutral guild insignia that they willingly show are permitted. In short, you will be going around entertaining the children, serving food, serving drinks, helping those who had blood drawn walk to the dining area and catching them if they fall, as well as aiding to keep those who fainted from over heating.

Kenji has been all over the place lately, from first dates to an honorable death Kenji hasn't taken a break. Except for his attempt on a break when he was in Oshibana after he went on a "first date" with a guy, though in Kenji's eyes that hardly counted as an afternoon of relaxation since he got disturbed by a living gingerbread man who just kept mumbling about someone called the muffin man. Today Kenji was in Rose Garden where he is going to volunteer at a blood drive. Kenji wasn't really afraid of blood though he'd rather not be the person taking the blood since Kenji can become quite nervous when being near any kind of needle, whether it's an injection needle or a sewing needle didn't really matter to much since he would become nervous regardless. As a priest knew about many rituals involving blood, though he couldn't really compare that to a blood drive since people are donating it for a good cause so that a person who could use it because of different reasons. Hmmm... Maybe I should donate some blood too... You know just with the thought that someone else could use it! Whenever Kenji thought about someone else that could be in need, Kenji felt more confident in helping them. It has helped him in making many difficult choices, for example when he was struggling with giving an old man an honorable death in the end he kept thinking about in what kind of pain he might be.

After looking around Rose Garden some more, Kenji found himself at teh entrance of small community center. Kenji walked in at the entrance hall there was an table were a nurse was sitting. Hello sir! What can I do for you? She said in a calming tone. My name is Kenji Oshiro, I am here to help with the blood drive! The woman grabbed a piece if paper with a list of names. Ah yes... First of all I want to thank you for aiding us in this blood drive mister Oshiro! Oh Mikan! Can you guide mister Oshiro to the sugar supplies? You are going to hand out juice that will refrain them from felling dizzy! The nurse that walked by guided Kenji towards a cart full with boxes of apple juice. Kenji started walking around and gave every person that donated blood a box of apple juice. Kenji was impressed that this many people were interested on donating blood, it gave him a good feeling that despite being only bad people in the world that there are still people that want to help others out.

Excuse me... Miss! I finished handing out the apple juice! The woman looked at Kenji with a smile. That's fantastic mister Oshiro! Now that you are here anyway... Would you like to donate some blood too? The nurse looked at Kenji with a smile where he couldn't say no to. Yes I would like to ma'am... The nurse almost didn't squeal out of happiness. The nurse guided Kenji to a chair. Kenji sat down on the chair and he became nervous by the second, but when the nurse turned around with a big needle Kenji passed out. Mister Oshiro? Mister Oshiro? Are you alright?