4 Bad Guys, See How They Play. [Closed Social | Invite only]

4 Bad Guys, See How They Play. [Closed Social | Invite only] 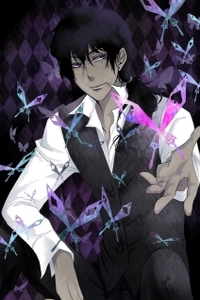 A well dressed man wearing a suit with his hair slicked back walked through the town clenching his hand into a fist over and over from pulses coming from a slight pain in his chest. He tried to play off the feeling but it was getting stronger with each additional step he took. He made sure that those around him would not catch his discomfort but because of his gray-like skin he would stand out regardless. He knew exactly what this feeling was but could not deal with it alone or in the open and he completely refused for a man to help him with such a thing.

He moved through the town looking for a woman that could alleviate what he was feeling. "I am an idiot for for not dealing with this myself." He spoke to himself in his own mind while still masking the pain as best he could.

His pain temporarily stopped as his eye caught sight of a woman. She was beautiful wearing a red dress outside even though it was cold out. Best of all she looked to be alone. He simply made his way to the woman and leaned over to bow to her. "Hello, miss. My name is Tsuin Gatenvelt." He introduced himself as he bowed and then raised himself back up seeing that the woman was confused by his introduction. "I'm sorry if this is awkward for you but I was raised to introduce yourself that way to a beautiful woman." A smile formed on her face from his comment. "I am sorry to bother you but you are not cold in that dress at all?" The woman seemed to catch herself and finally spoke. "Umm... Yes.. Uh.. I am somewhat cold but I like being out in the cold like this. " Tsuin shook his head to her and took off his coat. "That will not do at all! You are too beautiful to be out in the cold like this. Let me warm you up. By the way, what is your name?" He held out his caot while she answered. "I am Felina and thank you but I should be okay..." Even though she denied it he then quickly moved and placed his coat over her shoulders. "No, no. I insist, Felina. You deserve it."

The two locked eyes and Tsuin gave her a smile to look at before his canines extended and he lunged his head at her neck, digging his fangs into her neck. Small gasps of pain could be heard from her which eventually turned into sounds of pleasure. A vampire's fangs had that affect on people after all. No one would notice either of the two as Tsuin fed because when he first touched her he used a spell that made them both invisible to those around them through bending light around them.

Once he got his fill of blood, he pulled his fangs out and caught the now unconscious woman. He took her into a nearby alleyway and leaned her body against a wall. Another handy tool that came with feeding on people was that they usually forgot the entire event after. This was due to the amount of blood they would lose mixed with their prolonged time with a vampire's fangs inside of them.

After moving the woman's body onto the ground and removing his hands from her his spell was canceled over her but continued to work for him. He stared down at his latest meal and pulled out a handkerchief that he used to wipe away any traces from him eating on his mouth. "Only the beautiful ones are that sweet. I'm happy I can drop that charade though. The stuck up well dressed man type isn't really someone I like being." He commented to himself about the incident and then walked out of the alley to leave the woman to fend for herself, probably where she would die from the blood loss. 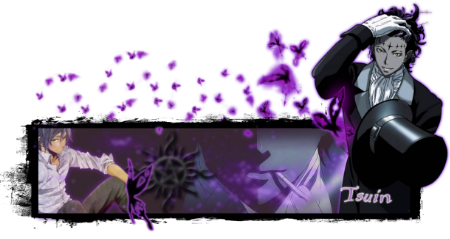 Secondary Magic: Vermilion Terra(soon to have)

Inaris shivered as he walked along in his thin, white clothes that were awful for winter weather. He had a target he needed to assassinate, and soon, or he'd get no jewels. The boy was shivering so much, he didn't even notice the two people directly in his path. His green eyes lowered, he crashed directly into the woman, falling on his butt in the snow. The cold sting of the snow was enough to make him look up, and glare at the two people he had just crashed into.

He thought he had spoken to a girl who would respond slightly civil to his teasing but instead it was like he had just slapped her across the face with his comment. He grew annoyed with her instantly as she spoke as if she had threatened him in some way. An extra problem had come into the picture though.

Not only was there a girl in front of him that was being more of a brat than anything else there was now a boy being even worse than her. He bumped into her and complained at them for his mistake. The entire situation was nerve wracking. All he had done was tease the girl a bit and he was quickly talked down to by her and then some random boy had come into the picture blaming them for being in his way like there wasn't a large area around them he could have walked to.

Tsuin simply gritted his teeth and decided to respond with more teasing. It could probably ease the mood more. He still didn't know why he felt the need to talk to the girl at all but he did it anyways.

Secondary Magic: Vermilion Terra(soon to have)

A Dog Will Look Down When They Have Done Wrong But A Snake Will Look You Right In The Eyes
Each snowflake that fell silently onto the ground differed in shape and size, the self proclaimed basilisk queen focused on the snowfall and managed to eye a number of unique ones. The time she had spent eyeing the snowflakes had put her task way behind her as the girl thoroughly enjoyed lush environments, whether it be the pelting rainforests, deathly quiet snowfall or even the sun baked desert. This all interested her. For what reason you may ask?
None other than it was 'pretty' and 'amazing' - two words she uses frequently when asked - it had come to a point where Artemis had allowed her chain circlets to suddenly form across her fingers and arms, she had lost her focus due to her now succumbing to the beauty of the elements. Who would've thought that a witch whom is one with darkness would care so much for her surroundings, odd to say the least.
"Earth to Artemis have you lost the plot? Can you wake up and get something to eat you're thinning" Said the same sweet angelic voice from her endeavor with Mrs. Cooper. Along that time period she had begun to call this specific voice 'Angeline' and the more aggressive one was named 'Azreal', and Angeline was always talking to Arty about her body shape and to eat more which of course wasn't true but for some reason she did.
Snapping out of her phase of confusion her eyes slowly laid on the three peculiar individuals situated on the snow caked sidewalk, immediately her circlets disappeared and the tapped the left side of her head seemingly diminishing the voice of Angeline. The girl slid down the whitened roof of the home she stood upon and somersaulted just as she touched the gutter and landed with clean grace, watching them closely she walked further and further in their direction, her right hand held behind her back as she went into her 'Decimo' stance.
"Hello all...If I may ask. Why're you three alone out here in the cold, especially with no one around." She gestured with her eyes to the empty streets they were on, Arty cocked her head and continued "What're your names? Not to be intruding of course" The basilisk queen never let her cold stare waver. Never showing weakness.