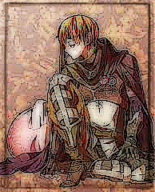 [spoiler =”Job details”]
Job Title: Watch the World Burn
Rank: D
Player Requirements: 1-2 D Raked mages.
Job Requirements: Burn the entire farm: Barn, Crops, and Farmhouse. 5 posts, 100 words minimum each
Job Location: Neutral Grounds
Job Description: Soon it will be harvest season for all the crops, though one man, Mr.Jekis will have the most produce by the end of the season. He always does, and the rest of the farmers are fed up. They want you to go to Mr.Jekis's land and burn it all to the ground. They don't care how, just get the job done.
Enemies:

Boss:
Mr.Jekis
Mr.Jekis doesn't like people tampering with his field and will do anything to stop you. He comes complete with a gardening hoe. A few melee attacks should take care of him.
Reward: 1,000 Jewels [/spoiler]

I am fighting
For My Future

Mr.Jekis, a upstanding member of the community. He goes to church every sunday and pays his respects with 10% of his earnings to the lord. His wife was born three children. Isabelle, Blake, and Darla. Each one more beautiful than the last. To top off his list of respectable traits, the man has more produce than any other farm combined. What a detestable being. He is clearly leeching off of societies necessity for food to make a life for himself. It’s no surprise that his neighbors want to watch all of his crops burn. A job that Blitz would be happy to do. A few preparations were in order. He would need to know his family's schedule, where all of them would be, what all of them would be doing. WIthout this knowledge, it was pointless to even try to burn the house down. Blitz’s magic was more for deceiving people than it was for killing them after all, though that shouldn’t be a problem either. 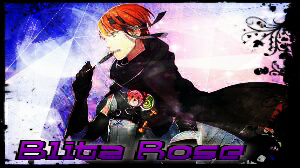 I am fighting
For My Future

A week had passed since Blitz first took this job. A solid week of hiding, and watching by Blitz, probably the most fit person for the job. It’s not like having an invisibility spell in your repertoire was something that everyone could do! It took a lot of concentration to do anything Blitz did nearly as well as he did it. Alas, it was to no avail for poor Blitz. Someone was always at the garden, and they would always be ready to put out the glorious fire he’d start there. He had considered trying multiple times until the whole garden was burnt out, but that would likely be impossible. They would, eventually, call the Rune Knights, and Blitz didn’t need to fight a bunch of elite wizards yet. Knowing your limits was important after all. An old, incredibly useful adage. Blitz laid them out, his ‘limits’.

On Sundays, the only person in the house is Isabelle. The girl is paranoid that someone might try to attack her father's farm. This would be fine if it weren’t for one small detail; she was a mage. What type, he did not know, but he could feel strong latent abilities within her. He couldn’t let anything surprising happen during his attack. The best possible plan of attack her would be to asphyxiate her in her sleep. This would have to happen the morning of the attack. She is an aberrant child after all, only waking in the late hours of the midday. No one would check on her, the only hint to the assailant would be her squeals the night. Because of this, there would be a point in the morning when her father was the only person in the home. He’d likely try to stop Blitz from burning down the farm, but to be frank... the man was fragile. He wouldn’t be able to survive a fight with Blitz. A malicious smile twisted the form of Blitz’s lips, as he licked them slowly. He watched as Isabelle snuck into her room with a plate of snacks in her usual routine, unaware of the coming travesty.

He walked past the halls, creeping slowly along the wooden floorboards. Each step revealed some new creak in the floor, but Blitz had no fear of this. There would be no one around him at this time, no one to silence his steps, or make him hide. Only a lone girl, sleeping. He found the door to her room. The knob was silver, and polished. He meticulously turned the knob, trying to keep the knob as far away from sound sources as possible. As he walked around the room, some other observer might notice the lack of sounds coming from his feet. This room had no creaks in it. The floor was smooth, and the wooden had no signs of rot. She must love it here. This is the only room in the house where there was not some crack in the ground, or marks all over the place. He snuck up to Isabelle's bedside, and telekinetic-ally grasped her neck, choking the life out of her. She woke up during the struggle, but he covered her mouth too. ALl that was left was to burn his little farm tomorrow. The weak die, and the strong survive. That is the way of the world. And Blitz was far from weak. “HEY! What are you doing!”

A miscalculation, on whose part is clear. The father of this young girl seemed to happen upon Blitz, unaware of his daughters apparent demise. “I’m taking your daughter to bed.”
“You get the fuck away from her, you hear me!”
“Mm, no”
In an instant a strong telekinetic force spiraled into the man's body, leaving a small hole where his heart should be. Had he been able to know what killed him, perhaps he would have regretted coming here tonight? Oh well, All Blitz would have to do is hide the body after all. The rest of the house will clear out on it’s own soon enough. He would then sneak out, and burn the place to the ground.