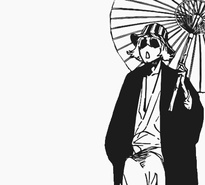 Spoiler:
Job Title: Baby Steps
Rank: D
Player Requirements: 1-2 D Ranked mages , with 5 posts per player. 100 word count minimum
Job Requirements: Teach the baby to walk before the parents get home.
Job Location: Hargeon Town
Job Description: So the Adams family has tried everything to teach their baby how to walk, from support, to even magic. None have worked. This is where you come in. They need you to make their baby walk, no matter what you need to do, just get it done. They will be leaving at the crack of dawn, so you have until they come back at noon.
Enemies: None
Reward: 500J

The color in the sky shone a dim goldish red as dawn approached the town of Hargeon. It was around five in the morning meaning that it was the grumpiest time of the day for Asura who was going on another job. Sadly to him the job consisted of handling another child and teaching them, something he wasn't too good at but would try to as it was going to get him money. "This little bastard better get this right the first few times" Asura grumbled as he made his way to the house of his clients, who should be packed and ready to leave till noon. If it ways five and they came back at noon it meant that he had to teach the kid how to walk in seven hours. "Why do I put myself in such hardships?" Asura asked himself as he found his clients house and saw them outside waiting and holding their baby.

"Hello! You must be the man who accepted out request!" The mother said as she handed the baby to the father and went to give Asura a hand shake. "Yes I am" Asura said as he shook her hand which was followed by being handed the baby by the father. "Now, remember we will be back at noon" the father said also handing Asura a key to the house "and we want our baby to be walking! We tried everything but nothing worked however I'm sure you can do it!" the mother finished for the father as they walked out into the sunset waving back at them. "I hate people like them" Asura said as he looked at the rather adorable baby that he held in his arms.

He unlocked the door to the house and went inside, immediately sitting down on the nearest chair. "Show me what you can do, kid" Asura said as he placed the baby on the floor in the crawling position. It seems he expected a bit much even after being told nothing ever worked as the baby just laid flat on its stomach for several minutes before he picked the baby up again. "Looks like I'm gonna have to do this" He said as he held the baby under the arms helping it stand on its feet, "now walk" Asura commanded to the baby. It was useless though, as the baby just jumped up and down on his feet like he wanted to play and not walk. Asura just sighed as he thought that this was going to be a hard seven hours with of work with this kid.

"Now let's try this again" Asura said as he continued to hold the baby on its feet. He let go and the baby managed to take one step but then just fell on his butt. A full seven hours passed and the baby could take several steps but could not for the life of him fully walk, too make matters worse his parents would be home any minute. "Come on kid!" Asura yelled in irritation, it felt like an impossible task but Asura was no quitter. "We can try this one more time" Asura said picking the baby up again from the floor and planting its feet on the ground, "walk so I can get paid!". The baby made a typical weird baby sound before Asura let go, taking several steps and wobbling before taking more. "Huh?" Asura said as the baby was taking steps without falling meaning he finally learned how to walk.

"We are home!" The mothers voice said as she opened the door and saw her baby walking towards her. "It finally happened! Thank you so much!!" She said as she picked up her son and twirled him around. "Honey our son can walk!" The mom yelled to the father as he came in "really!! That's great!" The father said excitedly as he kissed his baby on the head. "Finally done with this one" Asura said as he sighed in relief.