The King of Thieves | Job |

The King of Thieves | Job |

Job Information:
Job: The King of Thieves
Rank: C
Player Requirements: Thread must be at least 20 posts long. C Ranked Wizards or Above. Or a combination of two D Ranked Wizards or more. 200 Words Minimum Each Post.

Job Requirements: Retrieve the huge crate of stolen Lacrima from the Desert Thieves Cartel HQ. 3 wizards maximum are allowed on this Mission / Job.

Job Description: A gigantic shipment of Lacrima that was supposed to reach Era days ago has been stolen by an organization calling themselves. "The Cartel", your client was one of the victims of this assault and describes them as brutal warriors, with both skill and determination. They do not quit, and will chase you if you flee. They will let you live, if you give them what they want. Otherwise, they are completely ruthless. They beset them on their journey through a nearby area, and retreated into the Desert upon accomplishing their goal. You set out from whichever town you accept this mission from and head there immediately. They wear white turbans that cover their head and mouths completely, are draped in all black desert robes, with white boots; which are quite dusty no doubt. The Cartel's HQ is built inside of the old ruins of a once great city; you can spot the ruins of the ancient city from a mile off, and see the white and black turban outfits of the Cartel from a distance. Although they may spot you as well at this distance.

Enemies:
Weak: Cartel Recruits (These guys are quite simple too deal with, and wield anything from a longsword, a scimitar, too a sword and shield. However they are inexperienced and not used too being in the desert as they're green too the Cartel. They go down in two hits of C-Ranked damage at the most, maybe even one. If you intimidate them well enough; they may just choose too re-think their decision too join the Cartel and flee from the desert base.

Normal: Cartel Swordsman x10 (These guys are skilled. They wield scimitars and great hammers. They're very nimble, and strike, move, and circle their opponents during the course of the fight through excellent footwork and quick attacks. They use smoke Lacrima and will attempt too use them a few times if they aren't taken out quickly. If hit with a smoke Lacrima you won't be able too see their next attack coming. Takes 3 hits of C-Ranked damage too take each one down. They sword slashes and great hammer strikes do C-Ranked damage.)

Strong: Cartel Wizards x5 (Now you're in trouble. The Cartel's Wizards are no joke. They use both Fire and Wind magic with incredible levels of skill. They will attempt too whim up dust storms, and shred you with wind as well. They are also quick too cast AOE fire spells that can turn the sand too glass in an instant; throwing it around through the air too slice. They wield steel bo-staff with black and white feathers tied too the top of them. Just because they're wizards doesn't mean they won't fight you in melee. They are in the Cartel after all. They wield their bo-staffs with all the skill of one who practices each day. Their Wind and Fire spells range from D-Ranked, to C-Ranked, to B-Ranked for the AOE fire spell. Takes 5 hits of C-Ranked damage too take each one down.)

Boss: The King of Theives (This individual...is deserving of the title. He wears the standard white turban of the Cartel, with their usual black robes and white boots. However he is draped in gold and jewelry. He himself is a wizard. His scimitars are made of an unknown alloy, and have golden runic writing etched through them. He uses Telekinesis too throw his scimitars through the air, whirling them and controlling them as they fly around and strike you like buzzsaws. He also can use his telekinesis too leap vast distances and may simply hit you with a wave of force too send you flying. He is one of the most skilled swordsman you've seen, and has will of one befitting his title. He takes 15 hits of C-Ranked damage too take down. His telekenisis waves do B-Ranked damage and his scimitar slashes do C-Ranked slashes. He rolls 4 attacks / telekinesis waves each round. Good luck, because he is NOT going to let some young wizard(s) take the gigantic room sized crate of Lacrima back too Era...not at all.)

(Note: You may persuade him too give you the Lacrima, if you're willing too part with 100k Jewels on the spot, if not, he's likely attacking you immediately if you're not an interested buyer. Since you've discovered the location of the Cartel's HQ.)

513 words for brand
i'm sorry for being late!

"Thieves?" few townspeople, tanned of flesh and clothed in rags gathered around her. One man, previously aboard a train knelt down before booted feet, as if half tempted to kiss them in desperation for his pleas. The attention was a rather distasteful occurrence, though, she listened regardless to the sweaty fellow. "Yes! Y-You see I was on my way to Era when I stopped by here to rest for the night! Just as I was about to board up everything this morning, these group of men attacked me and took everything! A-All the lacrima! All of it!" the man was nearly in tears. It was evident he had been traumatized by the event, bruises layered over what bare amounts of flesh had been exposed.

"...And you want me to help you...?" she'd mumbled, head lowered. Few locks of pinkish flames swept from her shoulder, icy blues a piercing shade that resembled the very harshness of cold itself. Rather than appearing distant from the other's needs, she was baffled as to why he had approached her in the first place. Truthfully, she had been observing the recently assembled slip of paper that wrote of his request, though, it was merely an interest. Before all of this, she had been planning to head further off from the land of heat and into the one that was harsh of constant winter. Natsu sighed, "How much will you pay me? ...if you have no money this task is worthless to me." a pause, "If you think I'd freely go there to risk my own life, I should remind you that not every wizard is so heroic to do so... in-fact I think that all they really want is your money... they could care less of your safety or the problems within your life." lies. The risking of her life? What life? It could never be taken from her, as much as she wished it could. The man; anxious of those words reached into his pockets. Small shards of jewels and pennies descended onto the ground.

The bare amount of change he had spoke of the horror that composed in his eyes. All he could do was crouch downward and attempt to pick everything up quickly. Natsu, hesitant, lowered to the ground, a single hand reaching towards one of the worn pennies as she took it carefully. "This will do." tucked away into the bag of belongings, the other peered up at her in utter surprise. It would have seemed likely for her to disregard this job especially after the query as to what he could give her. Despite the cruelty that laced itself into her words, those witness bared kindness that slipped by those towering walls. "You're lucky I am not as lustful for wealth as most." not another word, she begun to move elsewhere, the distant shouting of gratitude heard as she'd round a corner and head towards the tracking of a train. Thankfully their scent was still close by, left against the metal railings as she'd head the opposite direction from her previous path home. 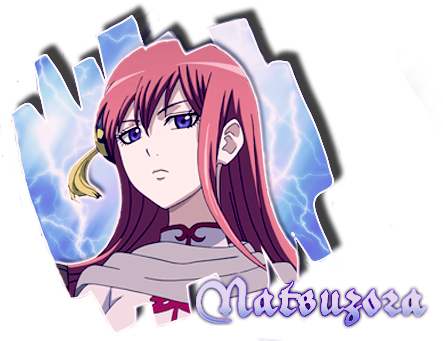