Job Description: One day out of the blue your character is visited by a strange messenger dressed in a slick black pin striped suit. The letter is from a dear old friend from your past. The details of the letter are as follows, "Dear old friend I don't know if you remember me but I need your help. A strange cursed has swept across my home land destroyed most of the population. I managed to escape, and am now in hiding, but while I was escaping from those creatures one of them bit me. Within the envelope I have placed my current location I am currently at an old cabin in the cursed lands, please come as soon as you can as I am beginning to feel rather feverous. Yours Truly (Insert Name)" Remembering your child hood friend/ or acquaintance (If you don't have friends.) you rush off to the curse lands to assist.

+Head Shots deal 2x as much damage to zombies.

+Holy Forces
If you have Positive or Purification magic, it will be 2x as effective against the Cursed Land's monsters

Job Disadvantages
-Horrifying Presence
The Cursed lands are filled with malevolent forces and oozes with evil auras, those who are easy to fear must show it in their character's speech and behavioral patterns.

Enemies:
ENEMY DESCRIPTION:
Enemy Description:
+Undead Animal- The curse has even effected local wild life turning them into abominations that hunger for flesh.
+Malevolent Ghost-The ghost of the Cursed lands, their bodies are milky white transparent color and are around 4 feet tall. The ghost have no legs and are comprised of spiritual ectoplasm and can faze through solid objects.
+Ghoul- Ghouls are the lower form of Zombie with near completely rotted flesh parts of their bones protrude form various parts of their disgusting body. The average size of a Ghoul is 4 to 6 feet tall and is consumed with a insatiable hunger for living flesh.
+Child Hood Friend Zombie- Your dear friend or acquaintance has become one of the living dead. As a fresh corps he or she is far stronger and faster than any old ghoul.

Weak:x1 Undead Animal: The undead creature can be any type of animal the witter desires whether it be a bear or a squirrel is completely up to you. The animal does D Ranked damage and 2 D Ranked attacks will kill it.

Normal:x2 Malevolent Ghost: The ghost are intangible and can not be harmed by physical attacks unless assisted by a spell that allow them to do so. The Malevolent Ghost deals D Rank damage and once per post it can attempt to posses you. If your HP is below 50% then the possession will be successful and it control your actions for one post. 2 D Ranked attacks will send them to the great beyond.

Strong:x5 Ghouls: The Ghouls are fairly easy to kill but watch out if they bite you, the curse's energy can transfer to  a new host. If you become infected and don't treat the wound within three post then your character's body slowly starts to rot dealing D rank damage per post. A single D ranked attack will kill your opponent.

Boss: Your once dear friend or acquaintance in Zombie form. Being freshly changed he or she is a great deal more powerful than the ghouls you might have encountered. You old acquaintance deals C Ranked damage and has a contagious bite. 5 D ranked attacks with put your old friend to rest.

Reward:5k in Jewels and access to the City of the Undead Quest.

’This is probably a trap.’

Clouds covered the last remnants of daylight, creating an early and pale night compared to what it’d be within the hour. Some dark patches lead the woman to hope it wouldn’t start pouring, though they didn’t look particularly heavy with water. ’Still would be nice to avoid even a drizzle. I don’t fancy leaving this feeling soggy.’ “Soggy” was such an unfortunate circumstance to the woman, causing one’s clothes to cling with moisture and drag, yet unable to wring out a single drop of water that a proper downpour or dip in water would provide. Besides Xazinay didn’t fancy her leggings or dress clinging unnecessarily, or how such an atmosphere might cause her glasses to dip down her nose more often than was acceptable.

A part of the dark haired woman wanted to turn back and leave this for another occasion if at all. The manner in which she’d received the letter alone proved suspicious if only because it’d been far too good to believe. The odd man dressed a little too “fine” to be a mere messenger with a name recognizable to the girl that’d been enjoying a spot of tea at a café. While the name may not have been one of the names she sought it’d been the right spelling for another higher up servant that left her pondering…and the quick way the man vanished left her considering the possibilities even more. The Ancients often didn’t care about decorum, often expecting their servants to simply accept their ways or perish – swiftness and tolerance varying from each one – and act to their whims. The habit to jump when they commanded propelled her to this location staring at a forest that left children telling ghost story after tall tale. It wasn’t the atmosphere that prevented her from simply stepping foot into the place.

It was the fear of false hope.

In the back of Xazinay’s mind a niggling sense of “trap” continued to pound at the back of her noggin. This almost seemed too tame for their ways, mysterious enough and yet a little too straightforward that it left her hesitating. Instinct demanded she rush in to avoid punishment, skin crawling as those memories found themselves quickly shoved back into a lockbox. What were the chances that someone else received such a letter demanding they come to someone’s aid? ’Astronimical I suppose…’ Still the thought of something silly like “chance” provided an excellent excuse to ignore the sense of hesitation. 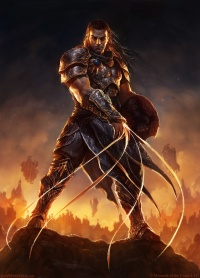 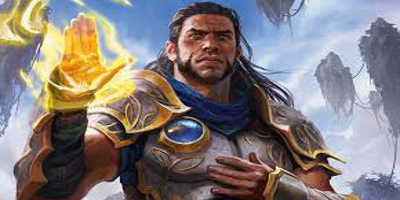 It seemed to be yet another ordinary day for Gideon; he had nothing planned, but work always found its way to him. It was as he sat in the park at Rose Garden that he had obtained a letter from some man; it seemed he had a goal, seeing as he had left as soon as he had handed the letter off. "No distractions eh?" He chuckled, opening the letter; it was not until after he had opened the letter that he realized he was going to be put to work.

Upon examination of the letter he realized exactly what it was that was going to be expected of him, and exactly what he had to do; it was not as though they were attempting to hide any of the details of this job, and Gideon was able to appreciate this; the transparency of the man who had sent this letter was something that not many had; not many would simply allow for their goals to be read; it seemed he had found a person who understood the value of trust; or this is what he believed; he knew, however, he had no true proof of this. Hope. That was all he could do.

The letter had stated that he had to travel to the cursed lands, more specifically to some abandoned cabin in the cursed lands; it was a whiles away from the park in which he was sitting, but it was not a large inconvenience; it was something that would allow for him to reflect on his goals, and even what he had planned. It would allow Gideon to explore his beliefs, his goals and his overall attitude towards the situation.

It was as he walked that he realized something; this was not very apparent to him before he had set out on this journey, but now it was; he could not simply enforce the law and fight for justice; he had to make his plight known; he had to rally the support of the people; with the masses behind him he would be able to do almost anything. It was as he began to think of this that he would enter the cursed lands; yes, this was very evident.

As he entered the  cursed lands the sky became darker, though the sun was still visible; yes, he could feel the power it gave him. He enjoyed this power, it was something that he appreciated fully! It was with this appreciation that he would quickly approach his target; the place that held his mission. "Well, it did mention a partner..." He stated, looking around; he was unable to spot her!

Call it a hunch, a sixth sense, perhaps even the wind whispering words – in that otherworldly language she recognized as her precious masters – but Xazinay sensed another’s arrival. Lips pursed as her eyes narrowed a fraction, the woman expression her emotions as vibrantly as ever: annoyance. A sprinkling of frustration for flavor coated the feeling. People didn’t often wander in here willy-nilly, especially alone…so for what purpose was this other person showing up? If they did receive a letter then it would reveal the worst case scenario over the two possibilities, and if they arrived for a different purpose entirely then she didn’t want them hampering her.

First and foremost though she wouldn’t remain in the open, opting to hide in the nearby brush.

She could feel herself ‘slipping away’ as everything about her silenced to watch this man. At most she could gather he seemed to be expecting someone…but if the letter she received pertained to her masters then time was of the essence. Or maybe she simply experienced impatience? Life mattered little to her, bound to the Grand Library of her masters so a death here or there amounted to offering a cashier bills for a cup of tea.

Rose Red slipped into her hand, courtesy of the oddly obedient orb her masters bequeathed her, the pistol’s grip an odd comfort. For now she’d refrain from calling upon the sister to it as she stepped around the tree, barrel pointed at the man’s chest. A cocking of the barrel would be all the sound she required to catch his attention unless he proved hard of hearing or easily distracted as even the wind settled down for a moment. Without waiting for him to turn about her monotone voice spoke audibly and clearly, ”Do not take this as an insult,” though humans so often did for some reason, ”but I need to know what brings you here. As long as it does not clash with my purpose I promise you will be free to go.”