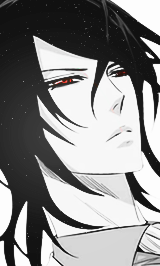 Wine Testing:
Job Title: Wine Testing
Rank: D Rank
Player Requirements: Any Rank
Job Requirements: 500 words per player, +200 words per player beyond the first
Job Location: Rose Garden
Job Description: The owner of a high class restaurant in Rose Garden has finally finished a batch of his home made wine. However, before he serves it to customers, he wants someone to taste it and tell him if it's the best in the world or not.
Reward: Free everything for your next visit to his restaurant, no matter what the cost

It was a crisp autumn day in Rose Village. The sun was bright and the leaves were dancing from the sky. Enjoying this day was Shin. He was out in Rose Town attending to a certain request he had picked up from the guildless board. It asked for someone to taste test some wine that was brewed by the owner of a restaurant. He wanted someone to ensure it was an excellent brew and was worthy of being sold to his customers. Being exposed to a wine as a child, Shin understood the art that was wine. It was necessary to have a balance. The taste should not be overwhelming but it should be gentle to the touch, leaving an elegant flavor atop the tongue. This is what Shin was hoping to gain from this job request.

After a few minutes of walking, Shin found himself looking up at a large structure. It was built from an expensive marble, allowing the light from the Sun to give it a glistening effect. The windows give it a royal look and the outer finishing resembled that of a castle. Upon first impression, it certainly did look high class. However, Shin knew very well that looks could be deceiving. He had been a victim of such by far too many restaurants. Without further ado, Shin opened the doors of the restaurant and walked in.

Upon entering, Shin was met with an overwhelming sound of mixed voices and chattering. The restaurant was filled to the brim. There were lines of people waiting for tables and the waiters were sprinting to accommodate whoever they could. A vast number of people was always a good sign for a successful restaurant. After taking a quick glance around, Shin made his way to the receptionist, showing her the job request without saying any words. She grabbed the job request and nodded, before showing him to the restaurant owner in his office. His eyes gleamed of joy as he jumped from his chair, shaking Shin's hand. "Welcome! I have been waiting for someone to taste my wine. I need an honest answer before I can serve it to my customers," the owner said in a royal accent. Not wanting to waste any time, Shin nodded his head and grabbed the glass upon the table as the owner began to pour the wine, filling it half way.

Shin grabbed the glass and began swirling the wine inside, allowing the aroma to fill his nostrils. The wine gave off a fruitful aroma, one that would make enemies into friends. It had a beautiful violent tint that reminded Shin of the moonlight. He would proceed to take a few sips of the wine, making sure to dissect each sip. "This is rather elegant. The color and aroma strike well with the taste, creating a beautiful balance. The fruity taste is an excellent one. I feel it would be best enjoyed in the dark as the moon shines bright. As for a name...Moonlight is an excellent one," Shin responded as he placed the empty wine glass onto the table. The owner expressed a wide smile, clapping his hands in excitement. "Oh thank you very much! You have been a great help. Please, come by anytime. You next meal will be on the house!" exclaimed the owner. Shin nodded and took his leave. The job went a lot smoother than he had expected and from it, he had received free wine and a free 5-star meal his next visit. An excellent way to start off his stay in Rose Garden.