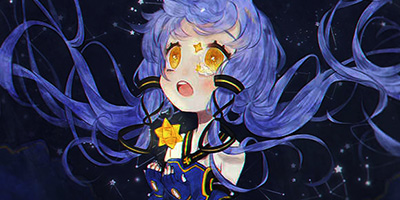 The sun was at it's most enigmatic then, having sported a glow so powerful that it smothered Hargeon in a relative heat wave that got to everyone's heads, more so for the people who huddled up in a line at the foot of a legal office's door. The regular weekday was at it's peak and no one came prepared for the noon sun that drove every single human there mad with a grimace. Sweaty hands crumpled around messy papers whilst nerves popped open as their patiences were tested by the unbearable hot sun and the impractically long line of eager people who were all trying to get their own grip on a shiny passport.

"Next!" came the trill of the woman who worked at the front desk, clearly frustrated considerably too as her eyes narrowed behind her glasses. In response, the line began to move, but not without several groaning sounds that were louder than the cicada songs that lingered in the background.

Merrilee bundled her fingers together ever patiently, her expression blank as she took her sweet time observing the humans and their mannerisms as they braved this...'line' that they spoke of. Had she been born purely human, then perhaps she'd understand their plight, but as the little starling stood at the very end of the line, she couldn't seem to fathom why the humans were so irritable when braced with untimely situations, much less this preposition of standing in a singular formation. When she opted to search her years with the Seamstress for a clue, it would be in her faintest of memories, one that involved Endora mentioning a human feature that told of their mutual understanding to align themselves accordingly in a harmonious fashion in order to avoid conflicts, perhaps this was what she meant back then?

Although there seemed to be very little prove the truth to that theory, since the more she watched, the more she noticed how some couldn't handle the process, while others were more enduring. It was an admirable sight to behold the humans who merely pressed a piece of cloth to their brow as opposed to those who visibly fumed like ripe apples, and she couldn't help but feel a bit delighted to have been a part of the line despite not really knowing what it was for in the first place.

It was honestly something she decided to do in a spur of a moment, out of whim, a curiousity-driven spirit could only do so much against a new experience. Her sister of the stars was obviously at her best at that time of day what with one of her children, the Sunia, (or the 'Sun' as the humans called it) having a commendable amount of glitter to its core that day as its rays reached even the darkest corners of Ishval, and it brought a light into the cockles of her soul as well. It saddened her slightly that not many humans appreciated the Sunia's peak, but she did experience a certain level of difficulty sporting her rabbit coat earlier today so perhaps a star's brightest hour was perceived differently from how the Rodeans viewed it? She wouldn't know for sure, but her human body reacted in a such a way that it implied that that was the case, regrettably.

But past the more trivial matters, it seemed time was a bit more ungraceful at that hour. It was as if it flowed more slowly, each passing second counting as a good hour or two the more she stood in line, some other people filing behind her. It was honestly starting to feel like a sort of chore that began to bore her indefinitely, but reaching the end of the line was a goal she couldn't seem to refuse regardless of the hindrances that slowly began to appear the more she willed herself to withstand the cumbersome process.

The hours would pass, and the sun would slowly slip back into the horizon, dimming the skies with its absence. By the time her turn had arrived (thank the gods it eventually did), it seemed the city was already preparing for its nightly shifts. The lady at the counter welcomed her with a tired eye, her voice wavering as she spoke. Having noticed that they were out of registration forms, the brunette woman was obliged to carry out the interrogation verbally.

"Um...Eirlys? Yes, I believe Endora told me it was Eirlys Reverie."

She was given a confused look, but it was brief as the lady proceeded with the other information.

A thin eyebrow was raised at that statement, but the woman seemed to settle for it, regardless. Though the barrage was honestly small, answering questions about her identity seemingly caused a stir in the little girl's heart that she opted to do a little soul searching once everything was said and done. After the woman seemed satisfied, she'd send a piece of paper out back, a bright light erupting from the space behind her that Merrilee couldn't even see despite trying, her height leaving much to be desired as her chin wouldn't even reach the counter surface.

When the light dispersed, a small, ornate card was laid out in front of her, to which she was beckoned to take by the lady. Her tiny fingers glossed over it's metallic surface, her eyes almost shining from the labels that presented all her information in an organized manner.

The woman smiled. "Good luck, kiddo, the world out there is a big one, so don't get lost, and have fun traveling."

Merrilee would only giggle, pocketing the card with the intention of asking Endora of its purpose later that evening. "T-thank you....miss! I'll treasure it!"

"Yeah, sure, whatever you say, kiddo. Next!"

As if remembering something important, Merrilee shuffled out of the line and dug one hand into her other pocket, pulling out a can of espresso and gently placing it atop the counter, where the lady worked seamlessly for the people. A gut feeling had told her earlier that she'd like that kind of drink very much, especially at that time of night, when the work hours didn't seem to end.