If you would like to donate money to the guild, please do so through the Trading Hub. Notify the GM of how much was donated either via PM or posted below.

Fairy Fireworks:
Name: Fairy Fireworks
Rank: H++
MP Cost: 210 MP
Category: Offensive
Type: MT | Buff, Piercing, Drain
Damage: 474 HP
Range: 700 Meters
Speed: 1200 Mps
Duration: 25
Duration: Sacrifice 50% range & one effect for 50% more base damage.
Description:
The caster of this spell, whether it be ace or GM, will receive a golden tattoo on their arm upon learning it. Upon usage, the user raises their arm to the heavens; causing streaks of light and shining color to begin forming in the air around their arm. The Fairy Fireworks tattoo wrapped around their arm begins to glow with a pure light; and it begins to radiate a pulsing aura of powerful energy. The magical pressure surrounds them to the point even moving around them is a struggle due to the furious wind, sparks, and energy swirling about. When the streaks of energy fully binds itself into the tattoo, there is a brief moment of complete silence as the spell's power fully merges.

The caster will then point their arm at the target and activate the spell, from which the energy bound to the tattoos will surge forth in the form of a huge, explosive volley. Thus releasing powerful sparks that soar outwards into the sky like fireworks, before raining down on it’s targets. If this attack hits a shield, barrier or armour it will pierce through at the cost of 50% of it’s base damage. Additionally any enemies hit by the spell will have their HP and MP drained by 10% for the spell’s duration. The sparks do not harm any members of Fairy Tail or allies of the guild in the area. Once activated the caster will receive a 115% buff to both spell speed and spell damage, these spells can also affect up to 24 allies of the casters choosing to give them the same buff for the remainder of the spell’s duration.

Fairy's Promise:
Name: Fairy's Promise
Rank: H++
MP Cost: 210 MP
Category: Supportive
Type: Burst |  Buff,  Counter, Negation, Reflection, Teleport
Healing: 630HP
Range:  500 Meters
Speed: 400 Mps
Duration: 25
Downside: Sacrifice 50% Range and speed for 50% more base healing.
Description:
When the caster activates this spell, their guildmark will light up with various patterns, a network of multicoloured glowing veins as many as the number of people in the guild. Upon usage, the user cups their hand over their guild crest, extracting an immense orb of light. As they gather up this energy, the intensity of the light increases until it appears as a white mass of pure energy so bright that it is almost impossible to look upon. Passing one hand above the glowing mass, the user flicks it outwards as if flicking open a fan, spreading the spell out over the spell’s range. By sending this surplus of energy out to all guild members within the area they are able to heal them significantly once per post. The caster’s thoughts on all the people they cast Fairy’s Promise on is a promise to themselves, and a promise to their guild. Only those they truly consider a guildmate or ally shall receive the benefit of the spell.

Once activated the caster and any allies touched by the spell will receive a healing buff of 230% for the remainder of the spell's duration. Additionally, they will have a temporary counter, reducing the effects of any debuffs by 50%. On top of this, the wielder can teleport once per post, to any point within the spell's range. Due to the intense cleansing power of the magic, once per post the user can negate a single spell of H++ or lower, granted they pay the MP cost of the spell being negated. Furthermore once per post, the caster can reflect an enemies spell back at them, granted that they pay the equivalent mana cost twice, granted the spell is H++ or lower. Any spell negated or reflected must come into contact with the magical energy of the spell (within its range) to be affected.

Fairy Knowledge:
Name: Fairy Knowledge
Rank: H++
MP Cost: 420 MP
Category: Defensive / Supportive
Type: Burst | Buff, Negation
Durability: 840 HP
Healing: 420HP
Range: 1,000 Meters
Speed: 800 Mps
Duration: 25
Duration: Costs double MP for 50% more base durability, Sacrifices 2x Effects for 50% more durability buff.
Description:
Fairy Tail has over time accumulated vast magical knowledge through its members and with each member it has learned more about the arcane secrets to magical power. Once cast, the user will erupt with magic energy, flowing around them like waves, this magical energy splits off, fluttering away like fairy wings, increasing in vast mass as the spell’s power gathers. It then releases a wave of pure energy over every guild member and ally so long as they are in the caster range. All those seen as being worthy enough of the knowledge of a true fairy will be able to gain the effects of this spell. However, those seen that way will only be chosen by the user themselves. Upon usage, the user raises their arm outwards in front of them. With their hand cupped, they will begin to lift up their hand from the elbow up, intensifying the glow of the mark and the marks of those around them and healing them using the caster’s magic. Allies of the guild will receive honorary branding and thus are also affected by the perks of this magic, as long as they are within the spell's range. Additionally from the caster’s hand, a surge of magical light will stretch around them, forming a giant dome of fairy light which shields them against damage. This shield will restore it’s HP at the beginning of every post. Once activated the caster and all allies within range receive a buff of 345% to their durability. Additionally, the wielder of this spell, should they come into contact with an enemies spell, are able to negate the spell once per post. Granted the spell is H++ or lower and they pay the equivalent mana cost of the spell being negated.

The caster of this spell holds both hands in front of their chest as the Fairy Law tattoos light up from the user’s hands. An orb manifests between the hands and lights up like a miniature sun for a brief moment, before the caster claps their hands around the orb and completely smothers it, building up pressure until the spell is ready to be cast. During this, the ground slowly shakes up, and the air around the caster is pushed away. Light surrounds the caster like a blinding halo. Once the spell is ready, the caster’s left eye reveals a golden magic circle, and in a flash, the light from between the caster’s hands expands like a blitz with the power of a nuke. The sudden explosion is harmless to other Fairy Tail Wizards as well as allies recognized as such by the caster themselves, but every enemy of Fairy Tail will be burned away by its expanding ray.

This spell will store it’s magical energy over the course of five posts, before releasing its mass power at the end of the charge. This spell’s damage can be released at an earlier post, however, it’s duration will end at the point of release and it will not be able to charge for the remainder of its potential damage in that casting. Once activated, the caster of this spell, as well as any allies hit by the spell, will receive a buff of 230% to spell damage for the remainder of the spell’s duration. Any enemies hit by this spell will receive a 10% drain to MP for the remainder of the spell’s duration, additionally, should the spell hit a shield, armour or barrier it will pierce through at the cost of 50% of its base damage.

Will-o'-the-Wisp:
Guild Name: Fairy Tail
Pet Type: Supportive
Pet Description:
Will-o'-the-Wisp are atmospheric ghost lights that are rumored to be seen by travelers at night, most often over bogs, marshes, or swamps. Legend tells that these orbs resemble flickering lantern lights and recede if they are approached, drawing travelers from safe paths. These lights are believed to be spirits of the dead, faeries, or a variety of supernatural beings that attempt to lead travelers to their demise. In the case of Fairy Tail, these Will-o'-the-Wisp are faeries, who are capable of guiding Fairy Tail members around the guild hall, taking care of items and transactions of treasures, putting magical seals on the walls and furniture to protect the belongings to the guild or simply praying for good luck to the Fairy Tail Wizards. Coming in undefined amounts, a traveler can see as many Will-o'-the-Wisp as one to a thousand, all in a single area. Only members of the guild are capable of seeing what the Will-o'-the-Wisp truly look like; otherwise, they simply appear as orbs of light to others. 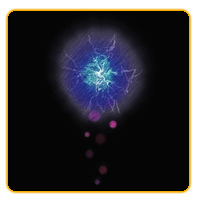 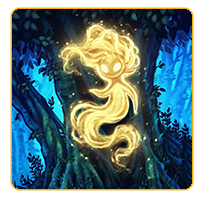 Name: Tactical Supply Train 2
Description: This allows the player to begin any topic with 4x Flashers. This negates the need to constantly re-purchase them.

Name: Tactical Supply Train 3
Description: This allows the player to begin any topic with 2x Shock Wave Bombs. This negates the need to constantly re-purchase them.

- Players may not own more than 6 total non-charges, and no more than 2 charged at one time.

- Mana Crystals are essentially lacrima that are pre-filled with MP
- All Mana Crystals are spherical in shape, the sizes provided are the diameter of the sphere
- Players may consume 3 mana crystals before they stop giving MP back.