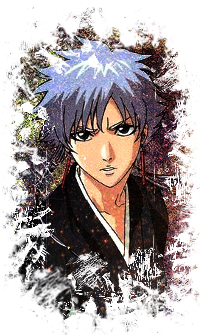 Ever scene Kenyon had gotten his new body, he has had to find a way to hide or blend in. Witch was very hard do to the new body being a young woman that was part fox that his two tails an ears on top of her head. But thanks to a magic item that is in the form of a fox head necklace that Kenyon had found deep in the woods. He was in the woods hiding from people that were hunting down 'Quinn Akari'. Witch happen to be the name of the girl who's body Kenyon had entered trying to help and for a place to restore his own magic power. They wanted to use her in some way to make and army of hybrid humans. Lucky he was able to hide and with even more luck he stumbled over something that would help him. When he had put the necklace on, Quinn's body begins to glow white and shapes their body from that of a human into that of a tiny baby fox with white fur.

After Kenyon had spent a great deal of time of getting Quinn's body used to the whole shifting into a baby fox and being about to get around fast. "Seem like I have finally gotten this down now so time to go test it out." The closest town was Rose Garden so he had made his way there by traveling though the tree tops. Once he had gotten to the gates of Rose Garden, Kenyon slipped on the necklace jumped down from the tree while shifting. He had fully changed into a baby fox by time he had landed on the ground. Kenyon waited for a good while before someone had finally came up to the gate and it open while he darted in right after the person. Quickly he makes it up the side of a building as a body fox and know what seemed to notice or care. Then once on top of the roof he darted off a good bit jumping from roof top to roof top. 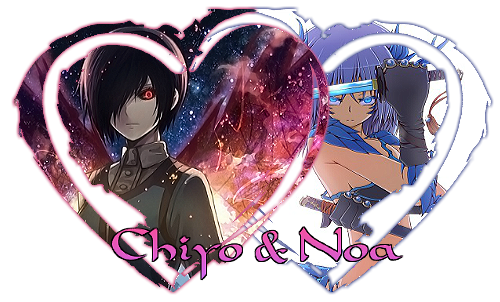 "Oo, Anastasia!  Your tits look phenomenal in that bras!" Taliya said as she makes the grabby-hands gesture.  Before Ana had a chance to cover herself, Taliya gropes Anastasia, causing her already deep-red face to turn an even darker shade of red.  She could feel heat coming from her head as she noticed that their shenanigans lead the two of them outside of the dressing room with Anastasia almost completely exposed to everyone in the store.  Thankfully, the only people in the store were women.  Covering herself, Ana delivers a crushing blow to the top of Taliya's head before running back into the dressing room and re-adjusts the top she was trying on.

"Seriously, Taliya?  I'm trying to become a well-known wizard, but I don't want to be known LIKE THAT!" Anastasia simply stated.  After a short while, Anastasia paid for a bunch of clothing that weren't underwear, walking out of the store with Taliya carrying all of her bags.  "Seriously, Taliya!  My word!  I can't even buy any underwear without you sexually assaulting me," Anastasia lamented.

"But your new boobies are so much bigger and squishier," Taliya said teasing with grabby hands, even while holding Ana's bags.  "Ugh!  Grow up, Taliya," Ana simply stated before Taliya stopped for a moment and looked around.  A strange scent was in the air that caught her attention.  Her large fluffy tail stood upright as she looked around for the source of the smell.  Even if she had humanoid features, she was still an animal; albeit she chose the form of a humanoid to better protect Anastasia.

"Oh, nothing," she said before taking a final sniff of the air and relaxing her body a bit.  Her eyes shifted towards the sky, knowing the general location of the smell, but not knowing exactly what was making the smell or where.   "It's just not every day you smell something like that."

"I don't know, exactly," Taliya said before looking back to Anastasia and smiled to her.  "Oh, too bad you didn't buy any underwear, Ana.  Would have been REALLY nice to have had you show that off to Nao-Nao, huh?" Taliya said as she stuck her tongue out at her.  Another bonk was delivered to the back of her head.  "You're the one that wants Nao, not me!"  And then suddenly.  BONK!  Something fell upon Anastasia's head, causing her to fall over.  Her eyes spinning in a comedic fashion.

Amaia was out searching for things she needed for experiments. The little six year old held a brown paper bag filled with all sorts of elements and rocks. One vial contained sulfur, another held salt, some held iron, another held pure distilled water. Usually kids around Amaia's age purchased candies and sweets with their allowance, but not Amaia. she often spent any money she gained on books, equipment for her laboratory, and various other oddities she found useful or interesting. She set down the huge paper bag and checked her list. "Alright Amaia...what else do you need....Ah! Yes... a burner.... I also need to purchase myself a pair of tongs and a new hammer..... I should still have enough coal to last me for the remainder of this week.... I should also purchase some oil....." Amaia muttered to herself as she flipped through her little notebook. With a heavy sigh she hoisted up the bag again and continued on her way, when suddenly she was cut off by a lady and a baby fox.

Amaia stumbled and dropped the bag, a chorus of breaking glass rang in the air. Amaia sat there and stared at the soggy paper bag. A strong chemical order soon filled the air as the various chemicals and elements mixed in together. Amaia frowned holding back her tears for she had spent the whole day looking for all those thing sin the bag. She bit her lip and wiped her right eye with er sleeve. She got up and examined the damage done, her stockings with little kittens that decorated had a small tear. Amaia quickly pulled out a large handkerchief and placed over the mess.

"Please be careful, there are some harmful chemicals in that bag..." With that said she quickly used the handkerchief to wipe up the mess with her foot. She then picked up the handkerchief, the paper bag and all its contents where now gone. The handkerchief was a minor magical items that could clean up messes quickly, however it was only a one time use. Amaia tossed the handkerchief in a near by trash can. 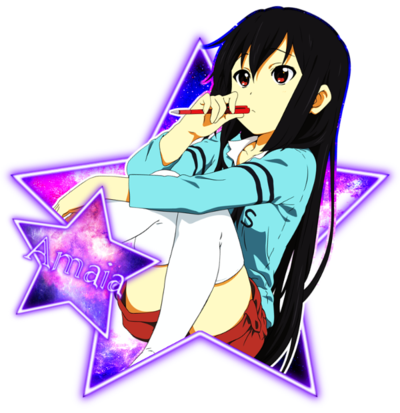 Kenyon had flipped back onto his feet as a baby fox and still on top of some lady's head. He had done so while making a squeak sound do because of someone yelling they were going to eat him. Once he was able to see the being that was trying to grab and eat him an his eye grow big in shock of what he had seen. It was what looked like a tall women but there was something off about her. She had a very big an puffy white tail, and her pointed ears. The women like animal had grabbed at his tell but he had still been in shock so he couldn't have tried to get away even if he wanted to. He had snapped back out of shock when he was lifted into the air by the women and began to flail around trying to get away by slipping his tail from her hand. At the same time he had been making cute little fox noise's that had a panicky sound.

Very far away from where they all are had been Carl just waddling around aimlessly. He is Quinn's cute little pet penguin that had lost track of his owner. Quinn is the girl that is the owner that Kenyon's soul is in control of for the time being. Because of things in the past that made him so close to Quinn, he has an extra scene were he can tell when Quinn is in need of help. "This is bad!! I need to find Quinn quickly!" Carl had said out loud once he had scenes that she was in trouble. He had quickly waddled as fast as he could go.

Tag
Words
So many things
Happening at once
I need an adult
"Ah, yes! Tasty!" Taliya said as she was about to take a big bite out of the baby fox before feeling a clunk in the back of her head. The penguin threw it's gun at the back of Taliya's head, forcing her to lurch forward and collide into a six year old carrying beakers. Out of instinct, Taliya hugged the baby fox between her breasts before she collided with the young girl. Crash! Clang! Beakers continue to fall to the ground as Amaia had troubles keeping a hand on her bag. Taliya noticed what had happened with Amaia and then turned around to notice a penguin after it threw it's gun at Taliya's head. The pain still throbbing at the back of her head.

Anastasia groaned in pain before standing back up, slowly. "What the hell happened? The combination of the gun falling to the ground, the glass containers crashing and the rest of the chaos were enough to bring Anastasia back from the realm of the unconscious. Noticing what happened, Ana looked over towards Amaia and rushed over to her. "Oh! Are you alright?" she asked. She noticed a bunch of liquids under the bag and was hesitant to approach it. While Anastasia was very useful in electrical engineering and elecrtical science, she knew nothing of chemistry; which appeared to be Amaia's specialty.