Spoiler:
Job: Strange Vulcans! (Part One)
Rank: C-Rank Job
Player Requirements: 2 Players Defeat 10 Primates, 15 post minimum. (200+ Words Per Post)
Requirements: Stop the Vulcans from stealing food from the nearby villages in the Spooky Forest.
Location: Spooky Forest
Description: Signs of vulcans have appeared in the Spooky Forest! These vulcans are seem to be stealing food from the nearby villages. Stop them before they hurt someone! If you take the job you must bring another mage with you.
Monsters:
Weak: Young vulcans
Normal: Low-level adult vulcans
Strong: High-level vulcans
[optional]Boss: Troll Kong: King of the forest Vulcans. Unlike others; it has two sets of arms, each double the muscle mass. Do not confuse this thing for being slow or unbalanced, it has adapted well to being able to not only move quick but is extremely agile as well; able to swing through trees faster than any other Vulcan.
Prize: 2,000 Jewels

The Imp had to hold onto its hat to keep it from blowing away in the wind on the uncomfortably hot afternoon. It trudged towards the edge of the spooky forest with feet full of determination and a head full of empty. Today it had taken its first serious combat job to to defeat some Vulcans that had been troubling the area. Seeing the request the Imp knew immediately that only it could do this job, imps and vulcans were like cats and dogs eternal enemies that knew each other well and as such the Imp was most familiar with how to take them down. Of course its normal tactics involved having twenty or so other imps to back it up, but the Imp dismissed that as a harmless detail. Which was how the story would be recounted of course if the Imp was asked about it later, in truth the thought had just never crossed its mind.

It progressed up a gravel path that ended right at the forest's edge before coming to a stop at the path's end. It looked up the forest only now truly taking in the depths of the darkness before it. The swirling fog and hidden mysteries of the place made the Imp take a step back and reconsider its plans. The spooky forest was aptly named and it left the Imp shaking in its little imp shoes. It resolved to turn around and run away just as soon as it stopped being paralyzed in terror.
Ethair 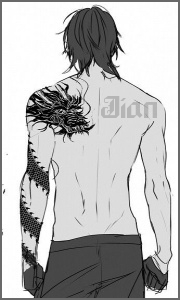 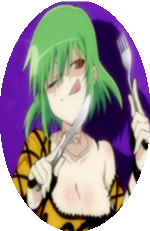 Zolona Blackflower had been roaming around the spooky forest smashing trees and bushes looking for something to fight. Along at her side was 'Heero Jr' her pet lion that was given to her by Heero the Guild Master of Fairy Tail. Junior was the size of an adult lion but the odd thing about him is that his fur is pink with little white blended in some places. Junior sniffs at the air and stops, "Zolo, theres something a little ways in front of us." Zolona stops for a second and grins happily. "About time we found something to fight. LETS GO!" Both of them had began dashing straight ahead in to the unknown but while Zolona was hoping that it will be something strong to fight against.

Shortly after they had began to dash, Zolona could see a small being and began to sigh. "Dam It Junior!" she yelled while stopping in place. "Why would you tell me theres something if its just a small weak liking being!" Junior stop right in front of her "I didn't know..." but before he could finish two of the bushes between them and the small being began to shake. "Junior, you deal with the little one NOW! An maybe I'll forgive you." Junior had darted off right away towards the small being and Zolona had began to grin once more. "Yall better be ready for a fight!" she yelled as she began to cast a spell. Zolona had put her hands out in front of her with both hand where pointed at each other. Then began to absorb some of the energy around her while a green sphere formed right in the middle of her hands without them touching either other. The sphere glow orange, so she grab it with one hand an throw it into the bush to her right side that was shaking before. While she quickly dashed at the other bush on her left with her arm back and he hand balled up into a fist. Once she had gotten up close to the bush she had began to swing her fist at it with full force.

So imagine if you would that you were a fourty kilogram animate pile of sticks and then suddenly a pink lion and a girl with flipping green hair jumped out of the forest and started insulting you. The Imp didn't have to imagine, that was exactly the situation it was in right now. Its first natural instinct was to scream like a very small child at the sight of the lion, the Imp practically jumped three feet in the air before falling onto its back. It to get its hands under itself and made an attempt at a desperate scuttling crab walk away from the new arrivals. It stomped momentarily when accused of being small and weak, forgetting the danger it was in the Imp jumped to its feet and pointed at the person accusingly, "Hey I'll have you know I am not weak!" But the second the lion was instructed to "deal with the little one," the Imp's confidence vanished and so did it.

As in the Imp literally vanished. In truth it had teleported into the trees above Zolona to escape the lion. It looked down on its attackers and was surprised to see that the girl had opted to start attacking some bushes. It was completely unaware of the enemy she was trying to fight, "Hey that's not nice! How'd you like it if the bushes hit you!" That would prove to be a surprisingly literal question in a moment. The Imp reached into a pouch on its belt and pulled out a small seed, it threw it at the ground in the midst of the bushes in front of Zolona, "Hero Bush!" As soon as the seed hit the ground it burrowed into the earth, and then almost instantly a massive bush exploded from the ground. Its massive cushion-like leaves expanded outwards in all directions like a giant all-natural air bag. The explosive growth of the new bush would push the two vulcans out of their hiding place in the bushes and would potentially do the same to Zolona if she didn't get out of the way.

The two vulcans knocked back several meters got back up on their feet in almost no time at all. They didn't seem to have taken really any damage, which was normal the Hero Bush was not an attack, but they did seem agitated. The pair began whooping and yelling, and one so boldly threw a rock up into the trees where the Imp was hiding. Completely caught off guard by the arrival of the vulcans the Imp just stood there in shock as the rock soared through the air and hit it in the face. The Imp fell from the tree and landed face first on the ground below. It didn't move.
« View previous topic · View next topic »