Karina Solo Job - To Earthland... And Beyond! 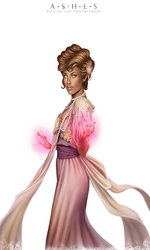 Karina Solo Job - To Earthland... And Beyond!

The display in front of Karina was excactly why humans needed to be tamed. Men, children, women, all of them were trampling over one another in a selfish attempt to get a passport from the Magic Council. Give pigs pearls and they will trample them underfoot, undermining your very existence. The Council was foolish, handling these passports so haphazardly! None of these fools would utilize the passport as Karina would, none of them had quite the goals she held. It was disgusting. Those trying to cut to the front of line did it for what purpose? To go on a vacation with their dreadful families? To enjoy their lifespans before they died without ever truly achieving anything? What disgusting blasphemy. At least the way Karina was doing it was be she had a job she needed to do. With this passport, she could extend her reach from Fiore to all of the other nations in the world! Karina cracked a smile, truly her goal was one that was benefit by destiny. After consulting Ellias, she discovered that there were no magic users in the area. Forcing her way to the front would not prove difficult. She summoned six of her owls from the lighthouse Bay, each one began circling her. Their feathers flew about the air, and as she walked the people around her went silent. They were the famous red owls of the Lighthouse Bay. It had not been long since they had returned about 40 missing people to their homes, news of this had spread across Fiore, some people had even formed a religion around their existence. And here they were, the red owls of Lighthouse Bay. "I require own passport please".
The man stuttered of his words in response, perhaps he had picked up on her absolute power, and magnificence? "Y-Yes ma'am".

The man handed her a passport from out of a compartment on the bottom of his desk. Karina supposed he didn't really care that she had just cut to the front of the line. He was likely awed by Karina's magnificence, and he needed to take a moment to process the situation. Well, everyone had recognized Karina as the queen she was after all, there was no real need to downplay that. For whatever reason, Karina had not realized the amount of influence her owls had on the masses. She did not yet know of their religious, she did not yet now how her current actions would inevitably lead to the best opportunities she'd ever get. In summoning the owls, she rather intended to threaten the people of the town. Each one had a sinister beak, and razor sharp talons. On more than one occasion, she's even set a few ablaze to go diving after people. She just assumed people stepped aside because they felt a threat, but now looking in their eyes, they were awed by her. She couldn't believe it, to her, they must have realized he power! Truly, the magnificent being that was Karina was influencing them all. "Have a good day, my darlings".
_____________________________________________________________________________________
Karina Farrar | Bay magic
|
Bank 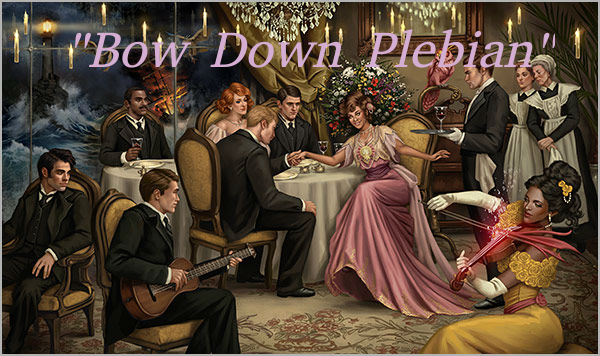