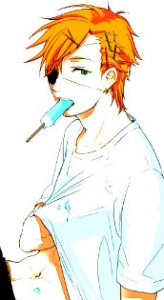 Job Description:
Job: Play Pretend!
Rank: Rank D
Player Requirements: 2 members only, D-Rank or higher, min of 150 word per post, min of 5 posts per player.
Requirements: Only male wizards can take this quest.
Location: Clover Town
Description: Serenity and Hope are local girls from Clover Town who's parents are coming to see them this weekend. The problem is they have been lying to them saying that they both had boyfriends who were mages as they were too ashamed to tell them that they were still single. Instead of telling the truth they've decided to hire wizards to pretend like they are their boyfriends.
Prize: 750 jewels each.

The call went out from two girls of the town, for men of gentlemanly stature who were wizards and some it had come down to Emerick to fill in for the girls in their little white lie. It was amusing to say the least that the girls had been caught in such a conundrum, and such vices were yet something that Emerick couldn't quite understand. Likely he couldn't understand the life of another 'normal' person as certain emotions seemed to escape him. Regardless, Emerick had been called to perform a job and he wasn't about to let this girl Serenity's efforts be wasted on his count. He had been told that Serenity's friend had also called for the job and so knew that he wouldn't be alone in the endeavor. That was fine, a friend in need was a friend indeed as it was said. Finally, Emerick arrived at the location specified by the job.