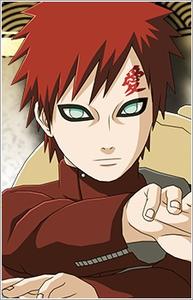 "A place once civilized; ruined in the past." Chrono thought aloud, "This reminds me of the tertiary environment in Desierto: The Third City. If only there would be a reason for me to return there now." Honestly, Chrono decided to venture here due to a bizarre homesickness. Chrono expected an absence of such, yet the sand called. They required his presence in the future, though the sand could not speak, hence the homesickness as a hint. Luckily, Chrono could "hear the sand." Depending on how violent or soothing the sand became; this all reflected Chrono's mood. This sign of homesickness happened to reflect a cry for help, but not now.

Of course, the audience may be asking at this point what Chrono was doing in the Forgotten Deserts then. Well, in the Forgotten Deserts, there was a tale about other chosen ones of the sand. As Chrono said, these people came from the Third City; a city frowned upon the Second City of Desierto, and completely disassociated with Chrono's hometown. The people of Desierto's Third City came here occasionally to cry themselves to sleep, or generally vent out their emotions - the grown men and women of the Third City could not expose their tears in Desierto, after all. Many citizens of the Third City also ambushed citizens of the Second and First City because of their agony. The Forgotten Deserts, in other words, was used as a battlefield to determine worth of the three cities in Desierto. With every death, a chosen one became one with the sand, allowing other gifted sand-readers such as Chrono the ability to communicate with them spiritually. All of these discoveries led to Chrono's purpose for being here. He would gather these messages to conclude whether or not it'd be best for him to visit his homeland or not. He had always been supported by Aki and Mizael, but in what type of environment was he protected? While he hoped to get some answers, however, Chrono sensed an overwhelming source of magic power.

"Who are you?" Chrono asked.
« View previous topic · View next topic »