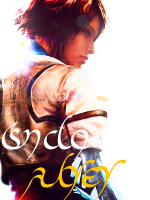 It was somewhere around midday, with the sun slightly hidden behind the clouds. A number of people exited a train that was passing through the Clover Town. Among them was a woman, with quite a unique outfit. She brushed off a random strand of her red hair from her eyes and entered the town.

This trip was fully of Sudo's own free will. No Phoenix influence. No tug, nothing. Just Sudo wanting to take a break from the hyperactivity of the Rose Garden. After the journey on the train the young woman felt hungry and partially thirsty aswell. /"I need to make sure that I take something with me on the train next time I'll be travelling..."/ She thought to herself, as she was passing various buildings which housed different shops. It didn't take her long to find a fairly cheap restaurant that also made food one could just take away with them. With a steamy, hot dumping, which was bound to be filled with only happiness, she decided to look for a bench or something of sorts.

"I walk my own path, side by side with the Phoenix."