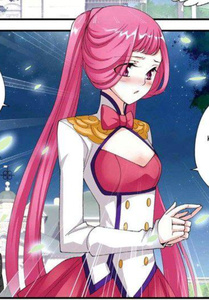 Sylvia would be in a town called Hosenka, it was known for one thing that many come around to see and that was the hot springs, Sylvia thought she would give it a try as she was still looking for a place she could call her own, she had left her family to grow and become stronger even to most if she doesn't act like the type to get stronger in her swordsmanship and magical power.

As she enters the town she would make her way right to the hot springs, asking the man within a polite manner. "I'm sorry to bother you, sir, but I am here using the hot springs." Sylvia would say, having a kind smile the man would speak back to her saying. "It's okay miss, here you go." He would say, handing her a locker key, to put her clothes away, as that was done Sylvia would give him a bow heading inside, it was not anyone in here, nobody was here it didn't matter as Sylvia would start to get undressed.

She was glad, that she had the chance to at least use the hot springs once while she was in this town.
Seryth Essora

As Sylvia was undressed, she would make her way inside into the bath house thinking nobody would be inside, but herself, but as she opened the door, walking inside getting closer to the water she would start to see someone, but who could it be, right now all that was noticeable was the woman's long icy blue hair, Sylvia didn't know what to say to her and also had no idea who she could be.

But Sylvia didn't think much about it, as she starts to put her body into the water slowly as it was hot. She didn't know what to say to the woman she was beautiful, Sylvia would be on the Opposite side as Yuki where they would be able to face each other if they picked.

Sylvia's hair would still be tied in twin tail's her hair is long and pink, she didn't really know what to say, but she didn't wish to look rude to the woman as Sylvia would look at her and say. "Hello." giving her a kind smile, but as she said that, she heard a sound getting out of the water thinking what was that noise.

It turned out guys have been coming here every week, making a small hole each and every day using a small drill that didn't make a sound, and it turns out, today was going to be the chance they could see what was on the other side, and they knew two beautiful girls were on the other side, but as Sylvia got closer and closer she would look down they wouldn't be able to see anything yet as she would open her hand.

As Sylvia opened her hand a magical sword would come into her hand it was beautiful. The sword is a beautiful pink and red, the blade has magical symbols having a sharp red color onto it and the handle is white and pink, as it was out she would slash the wall this would destroy the wall in most cases but with Sylvia that wouldn't happen using her Lost Holder Magic.

As she slashed the wall, she would be able to go into the past thoughts of anything she slashes with her sword, and able to change what happen to that object's or person's past, she made sure that it was never destroyed by the man on the other side taking away the tool they used to make it so it couldn't of happen to make sure they never brought it into the hot springs in the first place, as that was done, which only took seconds the hole would be gone like it was never there because in this past it was never made, the men on the other side would be in shock thinking what happen but they couldn't do anything.

Sylvia would face the woman once more only if she didn't get up, making her sword go back into the place she left it in, her home as it would teleport back to her house, giving a bow and a smile to her. "I'm sorry I didn't mean to scare you, I think people on the other side were trying to peek I hope you forgive me for using my magic like that without asking you, I am a wizard." Sylvia would say to her getting back into the water she didn't know this woman was also a wizard just a normal person. "Oh I am Sylvia it's nice to meet you." She would say having a caring smile.
« View previous topic · View next topic »