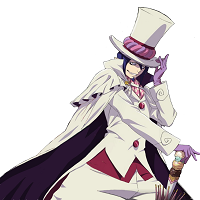 
Job Title: Resolve the Conflict
Rank: D
Player Requirements: D-rank only. Rune Knights only. Maximum of 2 Rune Knights. Requires at least 10 posts and 100 words per post.
Job Requirements: Resolve the conflict diplomatically and restore the calm in the city.
Job Location: Clover Town
Job Description: The butcher and fishmonger are at it again, but this time it's not small jabs from their stand across the street- it's an all out fight and has been disturbing the peace and causing damage in the calm city of Clover. You must put an end to the conflict diplomatically after hearing out the two men and bring back the Clover market place to it's usual self.
Reward: 1,000 jewels (plus an extra 100 in jewels because of my lineage)

It was another day, just waking up at base camp. The tedious duty of getting up before the sun rose, was instilled into him after months of training. Cam stood to do his morning exercises, he went to the mess hall for breakfast, before stopping at the job board. The job board was a long rectangular piece of wood broken up into different sections, depending on the Rune Knights current position. Nothing was interesting except a public disturbance in Clover Town. The jobs for the lower ranked knights sucked. Figuring he might as well do that one. He departed on the bus mission in hand.

He arrived in Clover Town in his Rune Knight uniform, keeping his standard work appearance. Changing shapes would be fun but unnecessary in this case. Completing the job would be better like this. That way the necessary points would be rewarded to him. That way he can maybe get a promotion past the Recruit Position to the more interesting and dangerous missions.

“By St. Boogar and all the saints at the backside door of Purgatory, Monty! Your bastard son Roman is sneaking about again!” An angry voice could be heard yelling from the street market, before Cameron could fully reach it.

“Leave my Roman alone. It is that harlot of a daughter Julie, that should be watched.” Cameron approached the street to see a fight breaking out. He had to double check to makes sure this was the public disturbance that kept happening. Otherwise it would be a pain to be seen here. Someone would try to get his attention, then get him involved to stop the fight. Unless it was an official request or benefitted him in some way. He would prefer to avoid the trouble.

Still the request fit the description of the two arguing in the market. The descriptions described the legendary fishmonger Cappie U. Lett and famous butcher Monty Gue. Both men known for controlling the meat distribution factories, that supplied Clover Town with all of its fine meat products. If these two men are the ones fighting then everyone must be suffering.

“By order of the council I command you two to freeze!” Cameron had to shout to get a word in over the two, putting as much backbone into his voice as he could muster. The market fell silent as the words registered. His mantle of the Knights being completely visible and the authority ringing true in his voice, the arguing men froze. “I would ask Sir Monty and Sir Cappie to discuss with me calmly what has occurred, for two esteemed men such as yourselves to bicker.”

“Why I will tell you what happened good Knight!” Sir Cappie was the first to talk moving in front of Monty to block him. “One night and went upstairs to check on my daughter. She was supposed to be upstairs studying like the good the lady she is. When dashing out of her room was that darn scoundrel Roman. My poor daughter Julie has never been exposed to a man like this. How was she supposed to get married now it is in the utter travesty.” Being overly dramatic seemed to be his deal. Sir Cappie acted as if he was in a famous play. “ Afterwards I went to speak to Sir Monty. I kindly ask him to keep his navish son away from my sweet daughter.”

“You know darn right my son is no nave! It is your daughter that is a harlot. For her legs are opened more than the doors of Saint Abby's Cathedral!” By then Sir Monty and Cappie were about to exchange blows again. This fight sounded really stupid to say the least. Both fathers argued that their child was innocent, yet they did not ask the two causing the rift.

“May I speak to Roman and Julie please?” Cameron had his best smile plastered to his face. Counting down from ten in his head, to stop him from turning into a dark mage, on these exhausting father's. As the two kids in question came out, the street cleared as no one fought, so they automatically became boring. “Let me be direct with both of your parents here. Are you two dating?” Normally Cameron would be slower, but he wanted to get this mission done. It seems pretty obvious that they are dating. If not they would not be sneaking around. Even as both of their fathers spoke. Cam noticed, they kept making googly eyes at each other.

Julie immediately turned red as beets and Roman stood up straight. “Yes!” Cam did a double tack. Roman admitted it loud and proud.The way he said it made Cameron blush. “I have loved Julie as far back as I can remember. I want her to be my wife, and stay with me forever. Nothing in the world would make me happier. Please can the both of you approve our happiness!” The sincerity was so sweet. Cameron wanted to punch him in his shiny white teeth. Cameron felt like a single loser while Roman proposed. The looks from the fathers looked as frightening as the thoughts that pulsed thru Cam’s mind.

The situation had to be stopped fast and with the fathers turning purple, it was sensible for Cam to be tactful about it. “Well fathers this is great. Two rivaling companies taking the market on all the meat distributed in Clover town, and sixty percent of the meat products in Fiore. That is a monopoly that would bring you close to the King in power.”

“Haha” Sir Monty started to laugh. “To think one of the Kings on Rune Knights would talk about creating a power. That could rival the King in anything, why that is amazing”

Sir Cappie shook his head in agreement. “It is a good idea. Not even most of the Nobles would be as wealthy as us.” Julie looked at her father in a cold way. “And the happiness of my daughter is the most important thing to me.” He added in quickly.

Cameron looked at the sky. He was getting bored, the time had passed quickly, and he resolved the issue at hand as a part of his mission. Whatever happens next really has nothing to do with him. Cameron reached into his pocket to pull out his key. “Since I am no longer needed I will head on back to base. Open the gate of the winged horse: Pegasus” As Cameron shouted the last word of the spell out popped the mythical white beast, gaining new stares from everyone around. “Back to base!” With that Pegasus jumped into the air and sped on back to the base camp.